If you’ve been following my reviews on Sidegamer for the last few months, you might have noticed a few things. I love horror, indie games, and sci-fi. Titles like Enemy on Board and Unfortunate Spaceman have given me a brilliant opportunity to play around with my friends in space. Plus, there’s always “We Went Back” for some looping horror.

What about space adventures?

That’s where Octavo Interactive has stepped in to deliver the goods.

Gripper is the delightfully chaotic action RPG game on wheels you’ve been waiting for. This is a game that’s both beautiful and ludicrously over the top. You even rip the still-singing hearts of your relatives out of your enemies.

The first thing I noticed about Gripper is how interesting the premise is.

Initially, your character is happy as he can be, living on a farm with his sister. Sure, your home is a dystopian wasteland but we all have our problems. 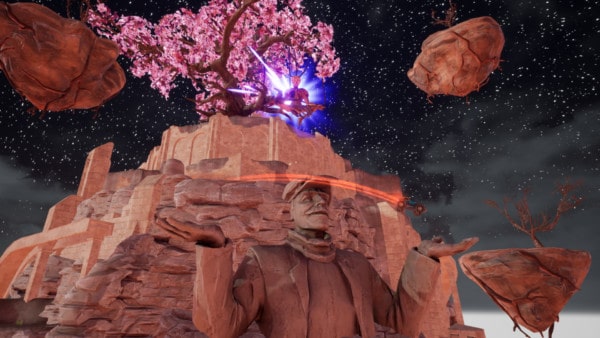 Unfortunately, someone comes along and burns your farm to the ground. What else can you do but take your hook-laden car into the nightmarish biomes beyond and slash your way to redemption?

The world of Gripper is stunning. As the hero (named None) you’ll follow the voice of your sister, a deaf girl with a surprisingly good singing voice, to find your enemies. You tear your enemies limb from limb using the hook on your car. There’s a total of 11 massive bosses to discover. However, you won’t get to encounter all of those in the prologue.

In the initial taster session, you get to explore the vehicular mayhem on offer for yourself. That means driving through some of the wastelands with your awesome new wheels. Plus, you get to sample the fantastic soundtrack too, which includes songs from Mezzanine, Yamila, Under This, and others.

On the surface, this game is absolutely gripping (get it?).

The developer, OctoBox Interactive, has a great premise to work with, plenty of artistic skill, and a lot of creativity behind them. However – it’s still pretty early days…

Getting to Grips with the Gameplay

Take a quick glance at the screenshots and videos available for Gripper on Steam, and you can see how impressive this title could be. It was enough to get me excited, at least.

Unfortunately, like most “prologue” games on Steam, the demo is still pretty unfinished.

Octobox Interactive plans on releasing the full version of the game in 2021, and it should be available on Xbox One, Switch, and PlayStation 4 then too. However, in the meantime, you can only play the demo on Steam, and that demo has some issues.

First of all, you’ve got the buggy mechanics of the game. The control scheme for your car is pretty complicated. There’s the option to switch to an alternative mode called “racing”, which is supposed to use the WASD keys, but that’s not always the case. 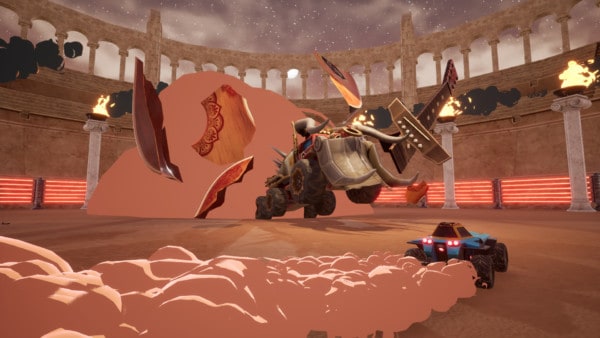 For a game that’s all about driving and fighting, messy controls are a huge problem. The developers are going to need to find a way to make them feel way more intuitive before they release the full version of the title.

On top of that, it’s not just getting yourself on track that you’re going to have problems with here. The hook that acts as your main weapon on the car seems to fly in random directions totally out of control. It’s way too tricky right now to get the accuracy you’ll need for a proper boss battle. Once again, this is something that the developers will need to work on.

At the very least, the full game is going to need some kind of guidance to help you figure out how to make the most of your controls.

Match the problematic controls and gameplay mechanics with the standard glitchy landscapes and bugs that are common in demo games, and you’ve got the recipe for some pretty unhappy gamers.

Is There Hope for Gripper?

How you feel about Gripper will depend on how annoyed you are by buggy game demos.

Ultimately, I operate under the belief that if I’m getting an opportunity to try a game early, I need to expect to be a bit of a lab rat. Not everything is going to work right straight away. There’s a good chance that you’re going to have to stumble your way through some experiences that will be way more polished in the full game. 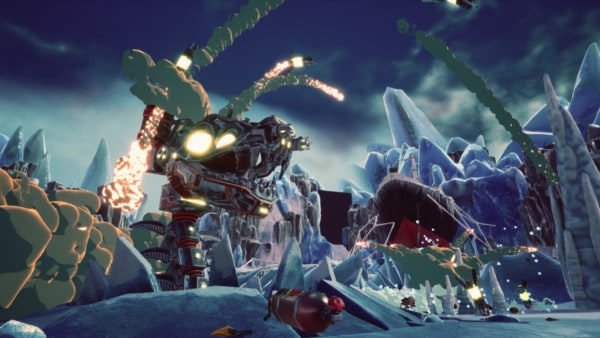 Right now, I’m reserving full judgment of the controls, mechanics, and other annoying elements until the title is finished. What I can comment on is the potential of the game.

Gripper’s prologue version on Steam is just enough of an insight into the full title to get you excited. The introduction to the story is emotional and compelling. You can’t help but get drawn into the amazing landscapes and the sheer chaos of the environment you’re going to be living in.

I loved the fact that the vehicles in Gripper get energy from Tesla coils too. There’s something really special about this idea. Plus, the fact that everything has been animated so well just makes you want to like this game. When you come across the first boss fight, the ability to tear your enemy apart then throw its own limbs back at it is incredibly cool too.

You can even pull the boss’s gun away from him using your hook and use it to shoot him. Awesome.

Should You Try the Prologue?

So, should you give the prologue a go?

It depends. The controls do take a lot of getting used to and might be frustrating if you’re the kind of person who likes to jump straight in without immediately dying. However, there are some intriguing elements to discover here. You get to fight two bosses as part of the prologue, which is a nice insight into how the game is going to work. 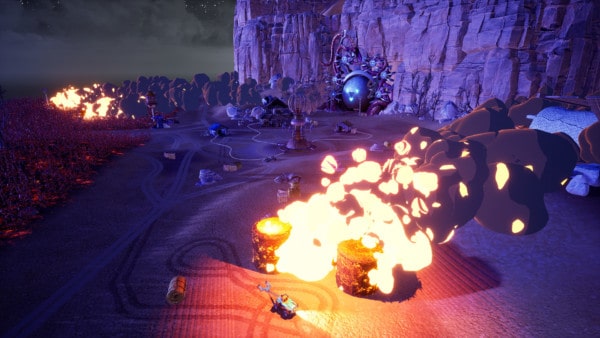 You also get an overview of how you can gain things like car power-ups to transform your abilities as you move throughout the game.

If you are going to check out Gripper: Prologue, then I’d recommend going in with an Xbox or PlayStation controller. Handling your wheels using the mouse and keyboard is just too frustrating, and it detracts from the fun.

Want more advice? Try to ignore the bugs and focus on the scenery and the story for now. With a little luck, the developers will work out the kinks before the full game goes to market.

It’s definitely worth cranking the volume up too.

If Gripper gets you hungry for another prologue, try Saint Kotar: The Yellow Mask.

You can play Gripper for free here. 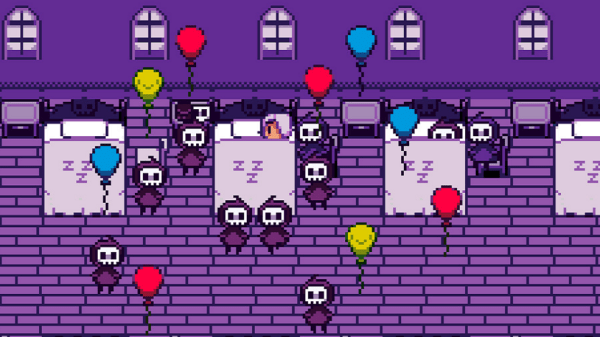 Looking for an adorable free-to-play RPG to perk up your weekend? I could have just the thing. Grimm’s Hollow is one of the most...