Interactive novels don’t always get the most attention. If you like to hack and slash your way through hordes of enemies, you won’t get that from a visual novel. However, that doesn’t make these titles boring.

If you ever played a game like the Wolf Among Us, you’ll know that the right story can make for a very interesting game.

Personally, I’m a big fan of games that alter your path based on the decisions you make. They make every enemy you kill and door your open a lot more important.

That’s why I was keen to take a closer look at Scarlet Hollow. This game, designed by Black Tabby Games, comes from an award-winning graphic novelist. 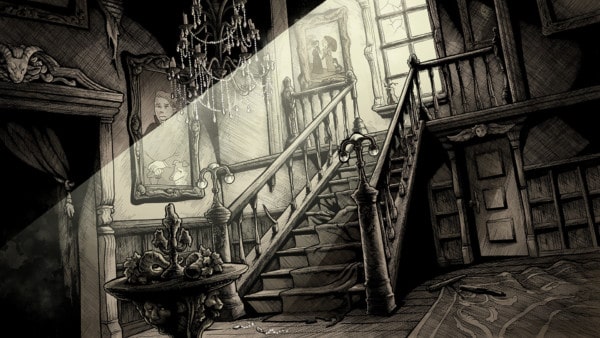 Abby Howard is great at writing horror and adventure games where your choices are crucial to your future. Scarlet Hollow is no exception to that rule. In this game, who lives and dies depends entirely on you.

A Story that Blends Horror and Humor

Scarlet Hollow is the kind of game that immediately sucks you in. Even if you’re not a huge fan of interactive novels, it’s hard not to get invested in the experience straight away.

Abby Howard’s writing blends horror and humor in a unique way that few people can imitate. Her skill is what makes the universe and the character of this game so compelling. 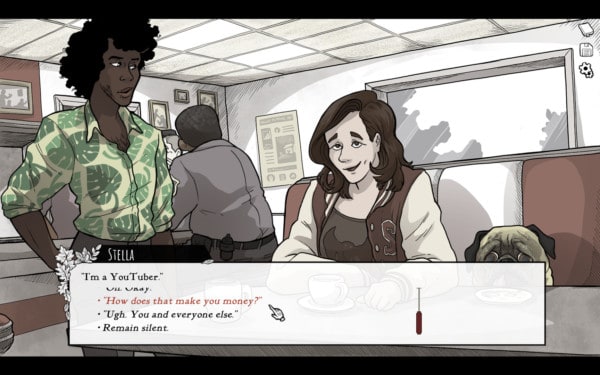 The protagonist of this game is in the midst of a journey to Scarlet Hollow to attend a funeral for their aunt. The longer you spend in the town, the more anxious you become. Gossip and stories from townsfolk surround you wherever you go. The town itself tells an amazing tale with every unique character and hand-drawn visual.

The graphics of Scarlet Hollow are some of the most intriguing elements of the game for me. They do an excellent job of really pushing you into the story .

It’s up to you to get to know the people around you as you move through Scarlet Hollow, learning and making decisions along the way. Most of the choices you make in this interactive experience are devoted to building relationships with other characters. 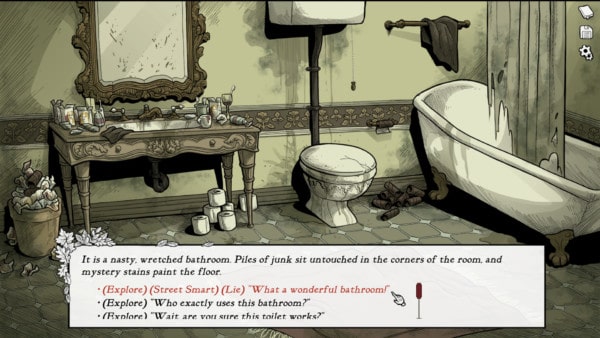 There’s a choice of two primary character traits at the beginning of the game that make a difference to your experience too. You can either be a book-smart character , or you can focus on physical strength instead.

The decisions you can make differ depending on the character traits you develop. For instance, you’ll have different reflexes, which makes a big difference to the things you can do, and people you save. I love the fact that there are different character styles because it means you’re essentially getting two games for one’s price. You can play in different ways and see a totally unique story.

Get Lost in the Chapters of a Creepy Story

Regardless of which character style you choose, the main elements of your experience will remain the same. However, there are vastly different conclusions to arrive it, which could leave you wondering how the developers will continue with the next chapter. 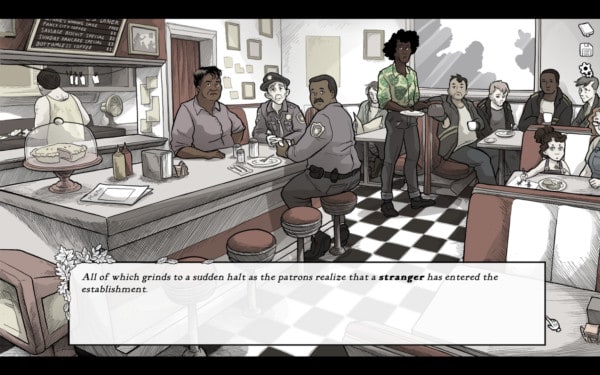 Though this is intended to be a very creepy interactive novel, I was so caught up in the beauty of the pictures and the depth of the characters that I didn’t sense the horror initially. That’s not to say that it doesn’t eventually appear, though. The creepiness of your world becomes more evident as you progress through the first free episode of the story.

The free part will last around 2 hours if you’re taking your time – which is decent for a trial that won’t cost you anything. As you move through your surroundings, you begin to recognize just how unusual certain things are. There’s a man on the bus to your destination who talks about pushing people into ponds. When you arrive in Scarlet Hollow, you’re unnerved by the stares of the people around you. 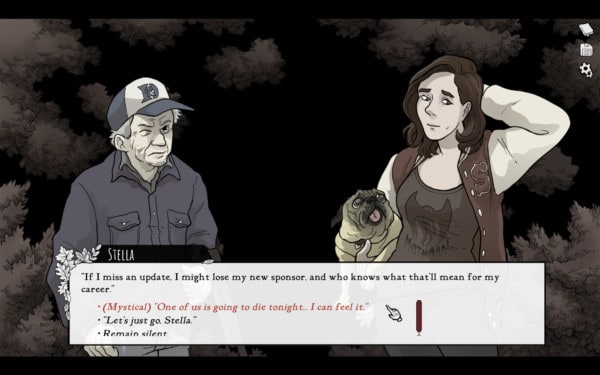 There aren’t any sudden jump scares and cheap tricks designed to unnerve you. Clearly, the developers wanted to make this descent into horror slow and smooth. By focusing on more character building initially, the game creators are ensuring you’ll be more affected by the life-changing decisions you make later.

A Game Where You Choose Your Adventure

The fact that you have so many choices to make in Scarlet Hollow makes pacing the game a bit odd. If you play a few times, then you might have one ending with a very dramatic conclusion, one with a slightly softer finale, and something in the middle. That’s not necessarily a bad thing – of course.

Being able to choose your own adventure means that the game has fantastic replay value. You can go through the game multiple times and see what happens when you make different choices. However, I’d probably wait until all of the chapters are available to do this. Personally, I think these decision-focused games are more fun when you start off making ethical choices. 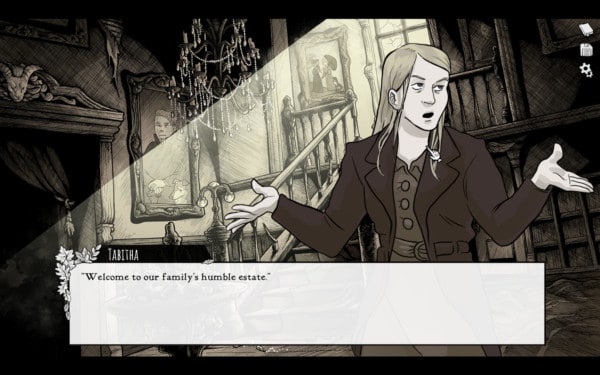 I loved the way that artist Abby Howard created her world into something deeply artistic and emotionally engaging. The characters and backgrounds are all extremely detailed, and the “creatures” are creepy.

Scarlet Hollow’s fantastic writing gets extra support from outstanding music and art – which helps to make the game more appealing at every level. Sounds come into the experience at just the right time, with the snap of a branch enough to almost shock you off your seat. It’s also nice to see that the developers have taken accessibility into account.

You can change the text size for the character dialogue, choose whether you want to have it read out loud, and more. 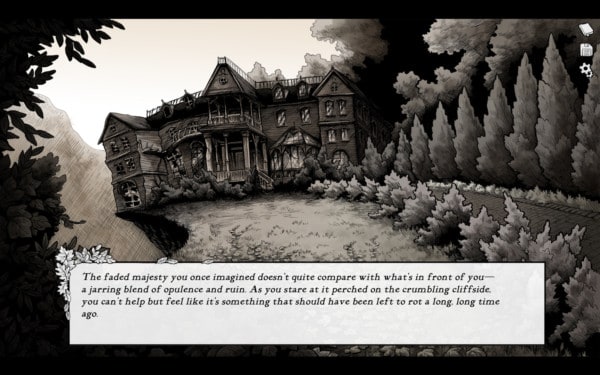 A Delightful Chapter in a New Journey

You only get to play the first chapter of Scarlet Hollow for free right now – but it’s worth the time if you’re looking for something to do. This interactive novel is a wonderfully well-paced horror with unexpected twists and turns throughout. You get a sense that there’s a much bigger story unraveling as you play, and the endearing game sucks you in.

I’d be surprised if most of the people who play the initial demo don’t find themselves looking forward to the next installment too.

Currently, Black Tabby Games is running a Kickstarter to raise money for the next chapters.

You can play the first chapter for free here.

In this article:Free games on Steam, Free to play, Scarlet Hollow, Steam games