Rico Rodriguez is a name that needs a very short introduction, if any. Unless you confuse him with the actor or the musician.

Most gamers will immediately recognize him as the rugged protagonist of Just Cause. He is a mercenary secret agent tasked with fuelling local revolutions against tyrannical dictators on a variety of islands.

The third and fourth episodes of the series came out for Xbox One and Playstation 4, making them “current generation” on consoles. PCs will obviously play the first two games as well, and an Xbox One will also play Just Cause 2, thanks to its backward compatibility with Xbox 360 games.

So, whether you are on a current console or play on PC, you may be wondering what the differences are between Just Cause 3 vs. 4.

The Just Cause Story: Does It Matter? 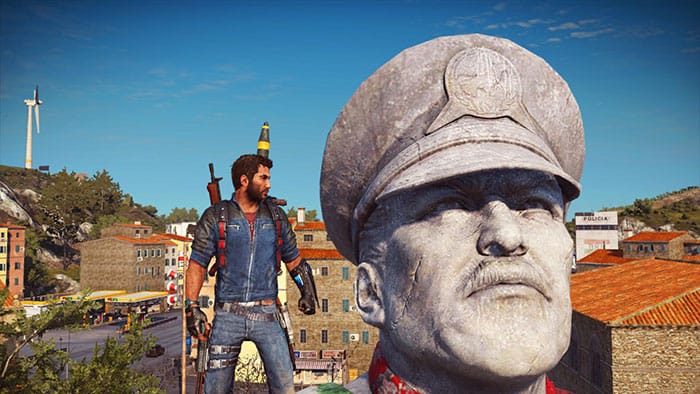 Most games nowadays provide an extensive backstory to feel more immersive. Just Cause, on the other hand, is a little different. There is a story, of course, but in the end it’s not even that important. This is not to say that this is a bad thing. On the contrary, the fact that the game is entertaining even if you’re not entirely sure what’s going on is a testament to its versatility.

In this respect, Just Cause is as instinctive as an older Super Mario Bros or Sonic game: get a controller and play. It’s refreshing, especially if you’re a casual gamer, or simply don’t have the time to invest in something convoluted.

If we are to examine specifics, Just Cause 3 takes place on Rico’s native island of Medici. Here he helps his old friend Mario Frigo organize a resistance to overthrow Gen. Sebastiano di Ravello. Just Cause 4 takes place on the island of Solis, whose dictator is Gabriela Morales.

So What’s the Game About?

Destruction. Explosions. Shooting. Pure, unadulterated, epic, wholesome annihilation. Really, that’s the gist of it. To quote the wise words of Leeloo Dallas, pictured awfully out of context above, “bada boom”.

The story progresses in a similar way. In both games, you’re essentially liberating towns and cities by attacking symbols of power. These include propaganda vehicles, police checkpoints, military installations, power sources, and more. At the same time, as you open up more areas, you discover more about the backstory. The general gameplay, however, remains pretty much the same.

The reason Just Cause is fun, especially the third and fourth installments, boils down to two special tools. One is the grapple hook. The other is the wingsuit. Let’s look at them. 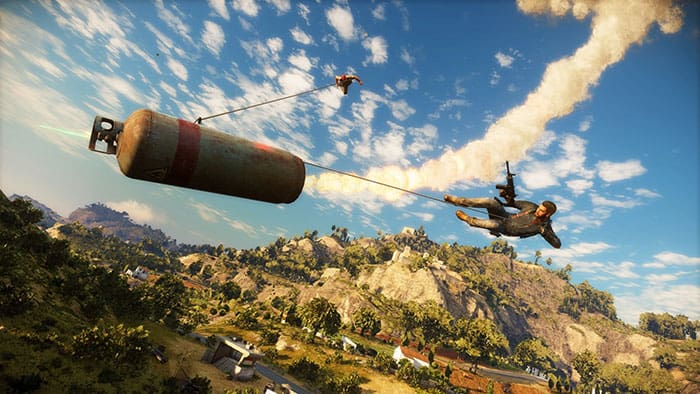 Just Cause 3 improves on the one from Just Cause 2, which was already quite flexible. You can now use it in many more ways, and the environment generally reacts to it the way you would expect.

For instance, whereas Just Cause 2 lets you launch an enemy into the air with the hook and then shoot him, Just Cause 3 allows you to do both at the same time. One hand controls the hook, the other shoots.

You can also use the grapple hook to tether two objects together and cause massive destruction. The most obvious thing to do is bringing a statue down by hooking it up to a car and then driving away. Or you could tether a barrel of explosive to a moving target, and have it blow up when it hits something on the way.

It also allows you to quickly climb onto buildings or natural features, or even to hitch a ride from vehicles and planes or helicopters. It’s really incredibly versatile, and once you get the hang of it, you’ll be wreaking ungodly amounts of havoc.

The best way to use it, however, is to quickly move around. You do this by attaching it to pretty much anything, and as you zoom towards it, you open up your parakite. The speed, together with the kite’s wide surface, generates lift… and up you go! It takes a little while to get the hang of it, but when you do, you’ll find yourself wandering around the map without even thinking about it.

Just Cause 4 adds a subtle, but extremely powerful, difference. The grapple hook becomes “moddable”. As you complete missions during the game, you earn “mod points” that you can spend on upgrades for your hook.

This allows you to turn it from a handy tool into the central part of insane inventions. You can add balloons to lift objects or a gear system that yanks two tethered objects towards and against each other. You can have it shoot out small rockets to move, maul or otherwise just mess up things. 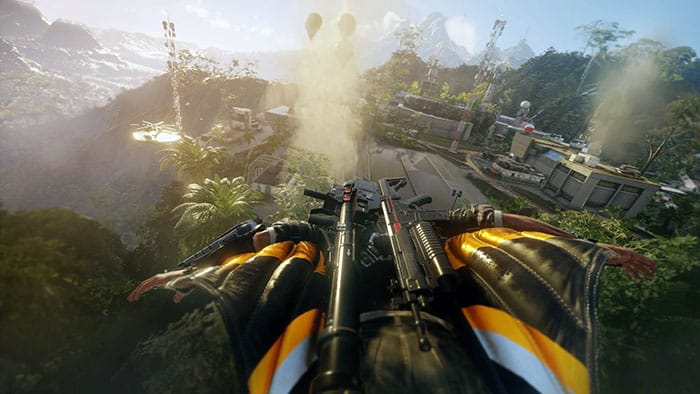 Rico acquires a wingsuit in Just Cause 3, and you quickly discover its potential. Well, to be completely honest, the first few attempts will generally result in hugging the ground at high speeds. Ouch.

It’s not difficult to master, though, and after a few tries, you’ll learn to switch between grapple hook, parakite, and wingsuit as needed. You’ll be able to move through the world even more quickly, not to mention the acrobatics you’ll pull off in the midst of battle.

Just Cause 4 allows for the wingsuit to include a booster engine and support for shooting rockets. Wear it, and you’ll be taking areas with many enemies, such as military installations, literally by storm.

Other than that, there are virtually no differences in the wingsuit in Just Cause 3 vs. 4. Then again, the third installment got it pretty much right from the start.

What a Wonderful World 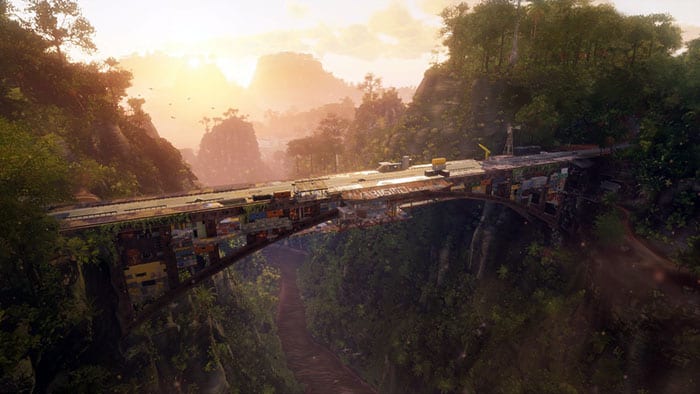 The maps used in Just Cause 3 and Just Cause 4 are quite different, and certainly affect how the game itself feels. The difference is not so much in size, but in how varied the world is.

Medici was clearly designed with Southern Italy in mind, and one thing you’ll notice is that the whole island looks pretty much the same. It makes sense when you think about it. It’s in the Mediterranean, so you can’t expect to find anything different from lush vegetation, mostly decent weather, green hills, and small houses. There are differences, but you never feel like you’ve gone somewhere else.

Another issue with Medici is that it feels smaller than it looks. That’s because a lot of the “world” is actually made up of water. You can still go there, and in some cases you have to, but that means that there’s less land available.

Solis, on the other hand, offers much more variety and certainly feels more alive than Medici. For one, there is comparatively more dry land for things to happen on. That alone changes how the whole place feels.

It also comes with four distinct climate zones: jungle, desert, grasslands, and mountains. That makes it similar to the island of Palau in Just Cause 2, and it does indeed seem that the developers realized that Medici was limited, and went back to the former glories of the past.

Choosing between Just Cause 3 vs. 4 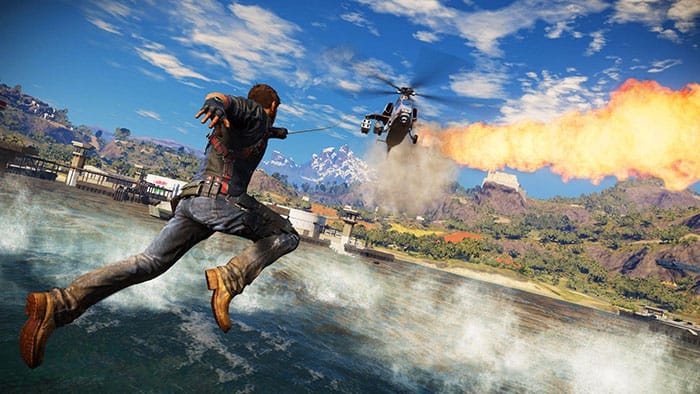 As stated above, there is no deeper reason to even follow the plot in the first place. You can pick up either game and enjoy it, regardless of having played the other installments or not.

Just Cause 4 certainly may feel more appealing to some, especially as the grapple hook and wingsuit can be modified with upgrades. The map, as we’ve seen, also offers more variety and may make free-roaming more pleasant.

Just Cause 3, on the other hand, has slightly simpler mechanics and may be less overwhelming. Its duller environment may not call for as much free-roaming, but it has more storyline missions than any other game in the saga.

Speaking of that, do keep in mind that both games, and indeed also the first two episodes in the series, tend to be a little repetitive. If you never get tired of blowing things up, then this is certainly not a problem. If you prefer more “thoughtful” games or even action games that require more planning and strategy, the whole series may bore you in the long run.

It is also worth mentioning that Just Cause 3 has an annoying problem, especially on consoles. Sometimes the frame rate drops dramatically. Several patches reduced the issue compared to the first release, but it was never completely solved.

Whether this is a dealbreaker depends on personal taste, but it tends to happen when there are many explosions on-screen and can be frustrating. After all, blowing things up is the main appeal of the game. Note that if you’re playing on an Xbox One X or a Playstation 4 Pro, the beefier processor reportedly makes this a non-issue.

In the end, both games have their merits, and as obvious as this suggestion may be, playing them both means twice the fun. Indeed, if you are playing on a PC, you may also pick up the first two episodes and hit the jackpot. Big bada boom! 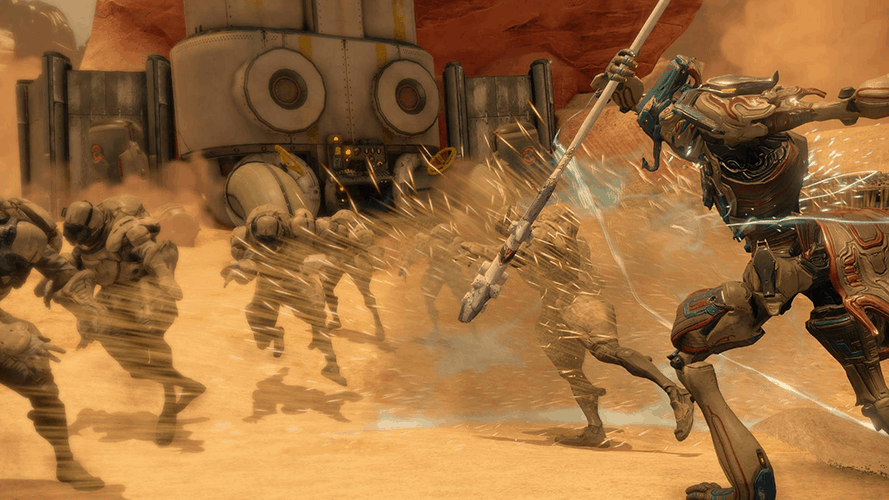 Dress for Success: How to Change Warframe

One of the great joys of Warframe is the moments after you’ve spent your Platinum, or after you’ve used your hard earned materials and... 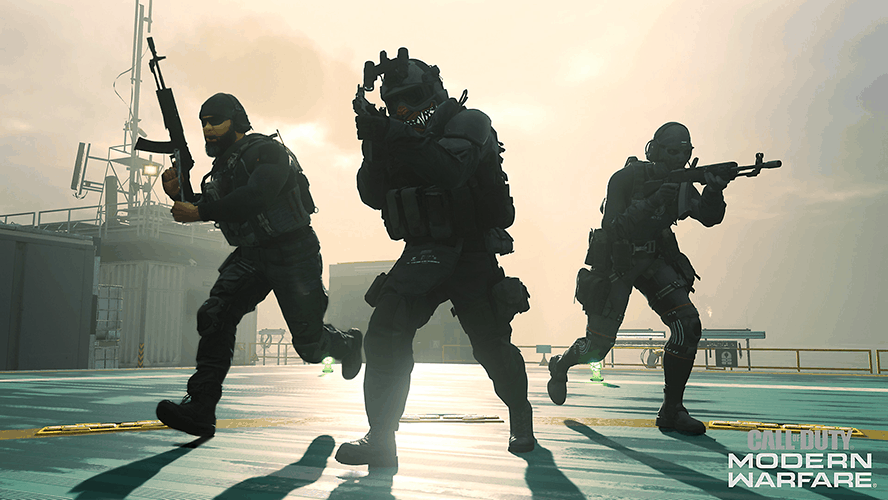 A surprisingly common error we see with Call of Duty: Warzone is the infamous DirectX error that pops up as you try to launch...