Point and click games have never been my favorite style for horrors.

I like being able to move around different landscapes when I’m in a video game. However, that doesn’t mean that point-and-click storytelling isn’t effective. As countless games like Silent Hill P.T. and We Went Back prove, being stuck in one place can really amp up the horror.

Point and click titles work best when they’re brimming with tension and detail. That’s what makes a game like Saint Kotar: The Yellow Mask, so effective.

Developed by Red Martyr Entertainment, this horror comes with plenty of twists and turns to explore. The hand-painted art style means that you enjoy searching the landscape for clues. Plus, the eerie, yet oddly soothing music in the background ties everything together. 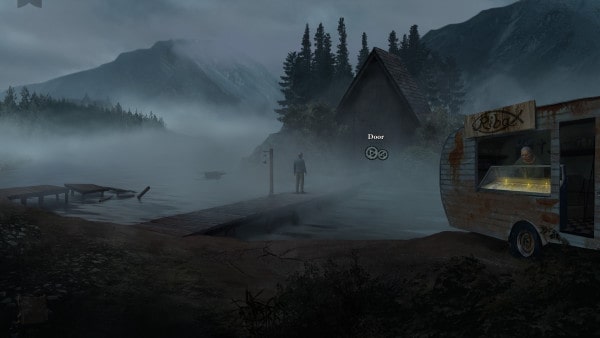 Starting the Search for Answers

Saint Kotar: The Yellow Mask is a prelude to an upcoming full game by Red Martyr entertainment. It’s basically the appetizer, giving you a taste of what’s to come. You start the game as a man called Benedek Dohnany. He’s visiting a stunning outdoorsy town to search for his missing sister.

Unlike other games where your NPCs are practically tripping over themselves to help you out, the people in Saint Kotar are pretty closed off. Most residents won’t bother opening their doors to you at all. Others will simply shut down when you try to ask about your sister. 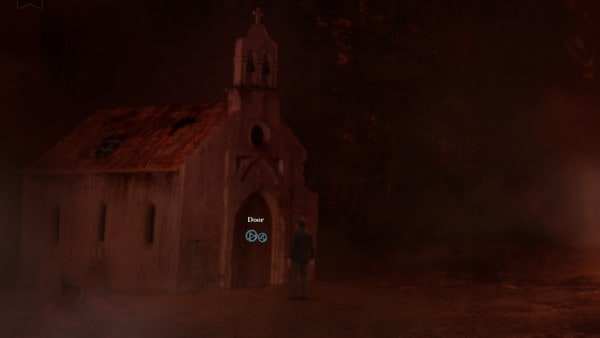 The interactions with non-playable characters create an immediate sense of isolation in this game. Not only do you seem to be stuck in the middle of some misty woods, with no way out in sight, but no-one’s on your side either. The whole atmosphere combined with Benedek’s fear for his sister makes everything more unnerving.

The landscape is covered in shades of grey (and occasionally red), making the town feel a bit like purgatory. The atmosphere was similar to the start of a few silent hill games, in my opinion.

As a highly religious guy, Benedek picks up on the creepiness of his surroundings pretty fast. He’s disturbed by all the arcane statues and sculptures everywhere (who wouldn’t be). Plus, whenever he sleeps, he’s plagued with dreams that make him question his past.

You get the sense that Benedek wants to turn tail and run from this town. However, he can’t leave without tracking his sister down first. To make matters worse, you’ve also got your brother in law breathing down your neck. 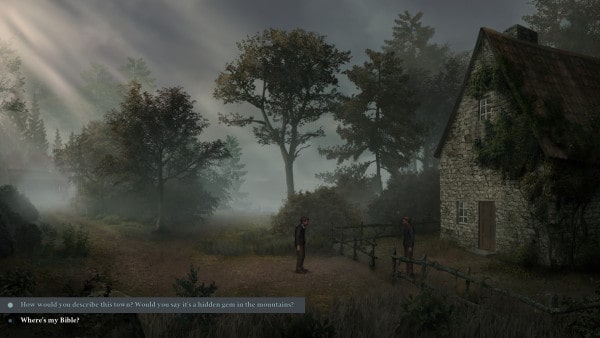 Initially, both Benedek and his sister’s husband blame each other for the girl’s disappearance. However, they gradually decide to work together on the search for clues. If we’ve learned anything from Scooby-Doo, it’s that teamwork makes the dream work, right?

Gloomy Gameplay in a Suspicious Town

The further you venture into Saint Kotar, the more uncomfortable you feel. Clicking on various statues and decorations will give you cryptic messages that you need to fit together with insights from the townspeople. You’ll also discover a handful of items that will be useful for your journey.

This is a game that pushes people to examine every detail at length. You’ll find yourself clicking on every twig and weird stain on the floor just in case. However, there seems to be more of a direct focus on the story than the puzzle-solving aspects of the game. 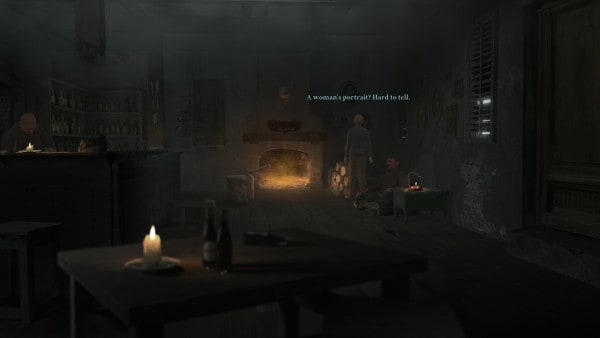 You’d think that getting any kind of detail out of this game would be like pulling teeth. That is the case in some parts, but there are also a handful of townspeople who are happy to have full-blown conversations with you. The key to success is usually making sure that you have the right item to use in the correct place.

Saint Kotar: The Yellow Mask is more of an interactive story than a standard point-and-click horror. This is a title that’s less about jump scares and catching you off guard, and more about creating a constant atmosphere of unease.

You’re pulled into the narrative by every conversation that you have with the townspeople, and your sister’s husband, Nikolay. You’ll also notice that every character has their flaws, which makes them more three dimensional. While I empathized with Benedek’s anxiety, his obsessive nature, suspicious attitude, and constant need for religious reassurance were annoying. 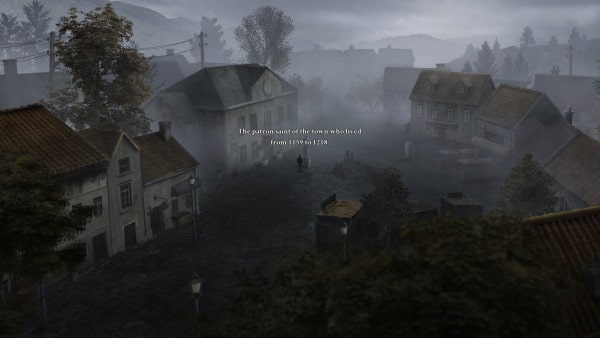 On the other hand, Nikolay is a gung-ho guy who’s ready to shoot first and ask questions later. The brother in law enters the game as an angry and unforgiving individual, committed to doing things his own way. The locals all seem to be shifty and unhelpful at best. They’ll talk about all kinds of things, like town festivals, but don’t answer many questions about Viktoria.

A Captivating but Uneasy Atmosphere

For me, playing Saint Kotar felt like stumbling across some kind of creepy cult. You get the sense that something terrible is happening, but you don’t know what it is yet. The unease that bleeds through the storyline benefits even more from excellent voice acting. Every line in the prologue has its own voice, and there are some screams thrown in there too.

Everything feels intense, tight, and strained which puts you in the perfect position to play such an engaging point-of-click game. If the voice acting didn’t sell this title, then the art definitely would. Think of games like Alan Wake, and you’ll have a good idea of the environment. 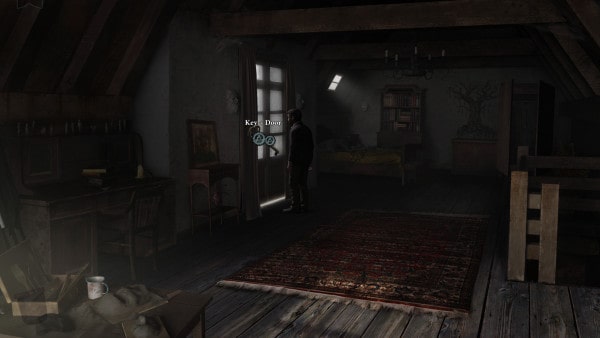 The in-game graphics are stunning, and you get to analyze every landscape in minute detail. The spaces you explore are easy to navigate, but complex, with a lot of focus on things like colors and light. Even though there aren’t a lot of gory details to speak of, the developers have created something that’s undoubtedly scary in its own way.

When gore does appear in this game it has an incredible effect. There’s a lot of shock factor behind what you see and it works brilliantly.

While most of the visual aspects of this game are excellent, the actual gameplay mechanics are a bit clunky. I found the subtitles to be a little small and difficult to read. There doesn’t seem to be any way of fixing this issue in the settings. It seems a shame to make the subtitles so tiny when the story is such a massive part of this game. 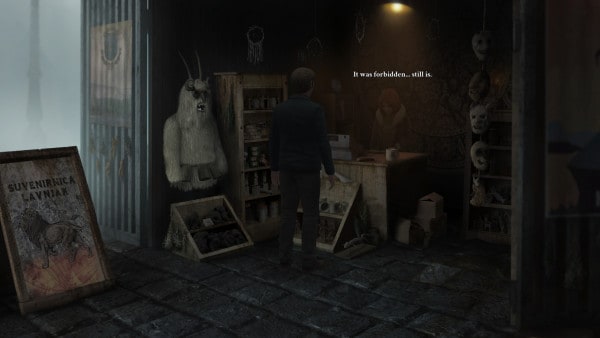 Additionally, as you’re scrolling through the environments, looking for things to click, you’ll probably notice a bit of lag. Sometimes it takes a while for the eye-shaped hints to show up that tell you it’s time to click.

A Good Introduction to an Intriguing Game

As a taster for an upcoming game, Saint Kotar: The Yellow Mask is a delightful experience. Even as a stand-alone title, you’ll get around two or three hours of gameplay out of it.

One slight downside for the story is that it all does feel like it’s leading up to something that you won’t really get to explore until you buy the full game. However, that also means that Red Martyr does a good job of generating intrigue. They make you want to see what happens next. 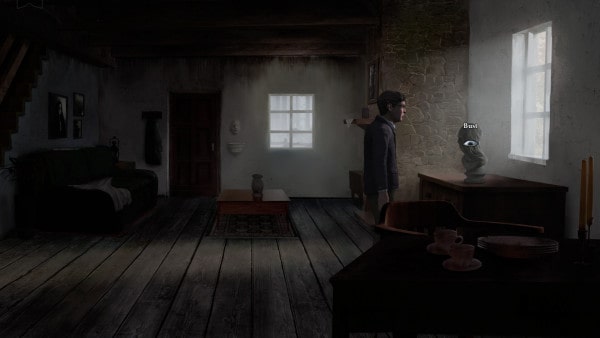 Currently, only the free prologue and a “supporter” pack are available. The supporter pack gives you access to print-your-own goodies, artwork, and the soundtrack, but no additional gameplay.

If you’re looking for something a bit more involved for your horror, try Enemy on Board. If you’re keen to get a feel for this immersive point-and-click game, I’d definitely recommend giving the prologue a go. There’s a lot of potential here.