First-person shooters aren’t exactly a new concept. In fact, FPS is one of the most common game types there is. That’s probably why it’s so tough for new developers to make a name for themselves.

Of course, that is unless they do something really different.

At first glance, this free-to-play game might not look all that different from your typical shooter. However, it’s gained a lot of pretty positive reviews. Sector’s Edge is designed to go beyond the basics of the first person shooter experience, by giving you a completely interactive environment.

What do I mean by interactive? Well, anything you can see in Sector’s Edge, you can also destroy. 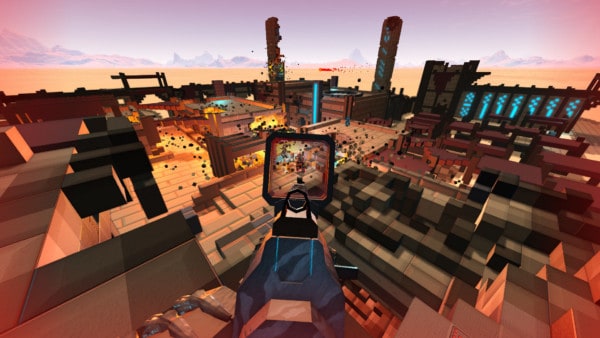 We’re taking walls, trees – even the ground under your feet. The experience, set in a futuristic landscape tailor-made for 8×8 battles, feels like a combination of Minecraft mixed with Fortnight or PUBG. With so many things to smash and crush, it’s no wonder people love this game.

Let’s see what Sector’s Edge has to offer.

A New Take on The Standard Shooter

Before we get too deep into this review, let me start by saying this game isn’t entirely complete. At the time of writing, it’s still in Early Access.

From my time playing, I’d say that this is a pretty robust game all-around but do be prepared.

There’s still a decent amount of work to be done, from speeding up the movement mechanics, to getting rid of accidental glitches. Still, despite those issues, I was pretty impressed overall.

This is a game that clearly has serious potential already. Rather than just giving you players to shoot, Sector’s Edge asks you to consider your environment. You can build buildings and structures to protect yourself and destroy things too. 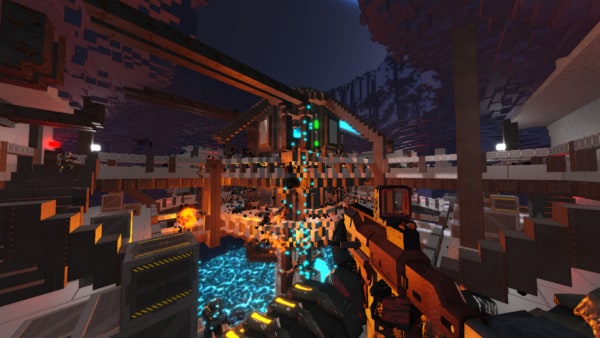 Harking back to my previous comment of this game being a little like Minecraft, it also has a charmingly blocky texture. The things you break crumble into pixels, delivering a really satisfying finish that I actually found very appealing.

There’s a chance that the developers, Vercidium and Rocket Skeleton chose this design to keep loading times low and appeal to Minecraft gamers. However, it works well – so who cares?

Despite mostly blocky imagery, there are some more detailed components to explore too, such as stunning pictures of planets in the sky, and amazing long-distance scenery to accompany your games. Plus, you get a selection of 6 maps to explore so you don’t get bored of the same place too quickly.

There’s also the ability for players to design their own maps and test them with friends, although you will have to take responsibility if your custom-made environments don’t work well.

Despite still having plenty of room for growth, the Sector’s Edge game immediately grabs your attention for all the right reasons. There are 3 gaming modes to choose from, centering around 8×8 combat with guns. You can customize your loadout, similar to what you might do in a Call of Duty gun game. The more you play, the more comfortable you’ll get with different styles of gun, so you can eventually find the strategy that works best for you. 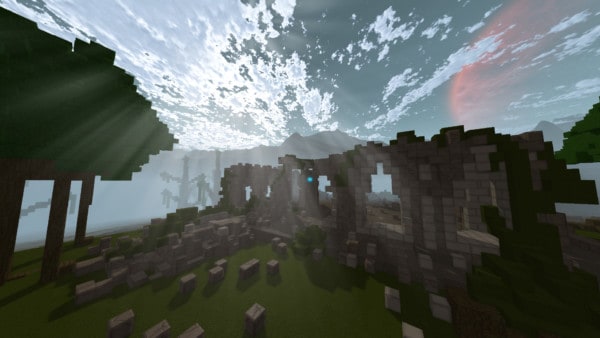 In each game, you’re plunged into an environment where all of the elements around you are destructible. You can use the interactivity of the environment to your advantage, and even get strategic with your choices, by breaking the floor underneath enemy feet, or creating unique sniper points.

Though it’s tempting to run in and start crushing everything straight away – this game isn’t just about smashing. You need to be just as good at building as you are at breaking if you want to succeed in Sector’s Edge.

You can fix broken walls, build forts, and just about everything else you can think of, which does mean building is a little comprehensive here than it is in Fortnite.

Somehow, the developers of Sector’s Edge have managed to create an entirely new free-to-play game that’s unlike anything else in the first-person shooter market. However, despite it’s novel approach to gameplay mechanics, this game isn’t difficult to pick up. There are enough similarities to various other games that have been sewn together that things feel pretty familiar. 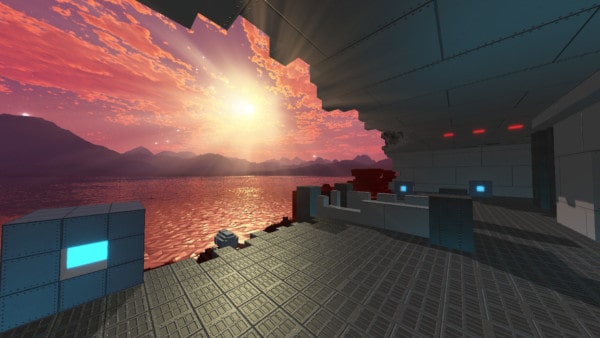 You don’t have to be an FPS king to really get a kick out of this game but practicing and developing your skills will definitely lead to new opportunities.

Trying out free-to-play games while they’re still in early-access stage can be a bit of a risk. You never know for certain whether you’re going to get a great experience. However, though there are a few bugs here and there to be aware of in Sector’s Edge, I’d say that it’s definitely worth playing. The beautiful environments, amazing gun mechanics, and unique experiences quickly draw you in.

Within months, the game’s developers have managed to gather a pretty dedicated following of people who love the “break and build” style FPS shooter that Sector’s Edge offers. Even in the early days, this is a game showing off a lot of great elements, and I’m keen to see what the company does next. 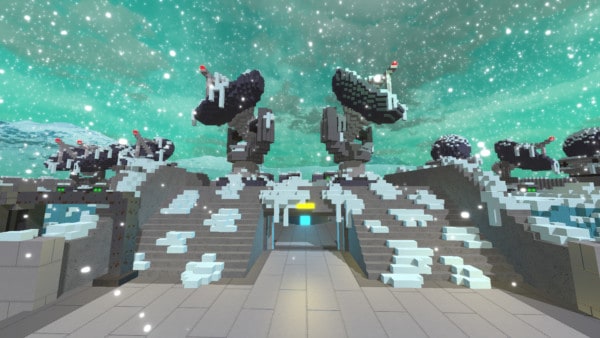 One point to note, if you do decide to check out the game when it’s still in early access mode – give the developers some feedback. Right now, the company is requesting as many reviews as possible from players so they know how to adapt the game going forward. Your insights could help to build a better game.

In this article:Free Games, Free games on Steam, Sectors edge