I’m a firm believer in the idea that breaking stuff is a big part of gaming. It’s something you’ll learn how to do in virtually every game, whether you’re saving Hyrule in a Zelda game or collecting studs in a Lego title. Smashing through bots and breakable items is one of the most satisfying things you can do in a game – particularly if you’re a perfectionist like me.

Personally, I can’t leave a level of any Lego game behind without devoting at least some time to making sure I’ve broken everything that you can possibly destroy. A game like “Perfect Vermin”, published by ItstheMaceo, which invites gamers to “exterminate all vermin”, is definitely right up might street.

This game focuses on harnessing your inner desire to crush, stomp and smash your way through digital worlds. Plus, you get to destroy stuff in an office, so if you’re feeling extra moody after a bad day at work, then you’re even more likely to enjoy yourself. 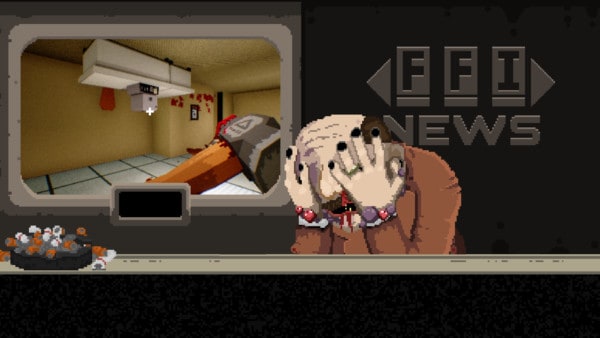 Developed by Maceo bob Mair and Angad Matharoo, Perfect Vermin is pure destructive fun. If you like the feeling you get when you break down a wall in Minecraft or crash through pots in Zelda, then you’re going to love this.

The great thing about this game is that it’s not just a glorified version of whack-a-mole with rats and other creatures to hunt down. The vermin in your office are trickier than that. They can camouflage themselves as anything in your office. That means that you need to smash everything to figure out where the creatures are hiding.

You can literally only do one thing in Perfect Vermin, and that’s smash. You’ve got your trusty sledgehammer, and that’s the only tool you can use to interact with your surroundings. The normal office furniture will crumble and shatter when you interact with it, while the “vermin” splatter.

The aim of the game is to get rid of all the vermin on each floor before you progress to the next level of the game. This starts off as a pretty easy task. Turns out the creatures you’re hunting aren’t as great as disguising themselves as they might think. You might see a door sitting at a weird angle, or a toilet bowl somewhere it’s not supposed to be.

If you’ve ever played prop hunt, then you’ll be right at home trying to figure out which items of furniture don’t really belong. 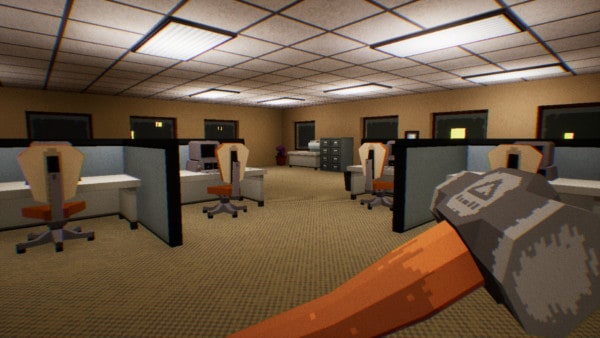 Beyond the Smashing and Crashing

The initial fun of Perfect Vermin definitely focuses on the cathartic satisfaction of smashing through things. However, there’s more to the game than you might originally think. Each floor brings new challenges with it, including time limits, and changes in your perspective. There’s even a level where your entire view gets flipped upside down.

In the background, as you progress through the game, the reporter that’s been telling you what to do next delivers increasingly more confusing directions, and clues begin to emerge that indicate you’re only scratching the surface of what’s really going on.

Perfect vermin draws you in with the promise of a simple smashing simulator where you get to be as destructive as you like. Additionally, although smashing vermin is simple to begin with, the challenge will ramp up pretty aggressively.

If you find yourself really struggling to get through a level, you can turn the timer off to give yourself more freedom. However, I’d definitely recommend trying to do everything with the timer first. Eventually, you’ll get to a point where you’re looking for the most efficient way to smash things on every floor.

When I went into Perfect Vermin, I was expecting some basic fun with a sledgehammer. However, despite the fact that all you can do in this game is smash stuff, it has depth. I’m not going to ruin the story for you here, but there’s definitely more to discover.

The graphics aren’t exactly beautiful – but they make sense with the game style that the developers were going for. The fuzzy filter makes everything feel like a nostalgic flash game. Additionally, though the images are very pixelated, they’re also extremely detailed. In fact, some parts of the game are surprisingly gruesome.

The offices are filled with CRT monitors that add to the nostalgic flare of the game. Everything has a great sense of depth to it, whether you’re listening to the fluttery sound of pages scattering from a desk, or the noise of lightbulb smashing. 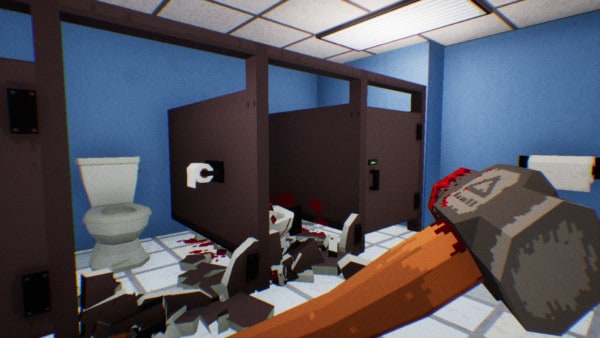 This is a game that really took me by surprise in a pleasant way. I would have been happy with just the satisfaction of smashing and crashing my way through an office. However, Perfect Vermin goes way beyond those initial expectations.

If your idea of a fun afternoon involves smashing desk furniture in an arcade-style game, then grab this game. However, it’s also likely to appeal to people who want a bit more depth and story to their games too. Smashing might be a big part of the adventure – but it’s not everything. The gameplay loop brings new surprises, mechanics, and elements to the story with each cycle. Plus, the whole game is wonderfully well-paced.

If you’ve got a spare half an hour to spare then Perfect Vermin is sure to do the job.

Unfortunately, you may need to satisfy yourself with some alternative free-to-play games instead. There doesn’t appear to be any kind of sequel planned.