What do you get when you combine an adorable mouse named Quintus with a free-to-play horror game? You get Quintus and the Absent Truth.

This is a compelling title on Steam that grabbed my attention with its eye-catching graphics and unique storyline.

Not your average point-and-click horror, Quintus, and the Absent truth has genuine depth. The game, created by Wreck Tangle games, is actually one in a series of chapters set to release episodically.

The second chapter is already available as I write this review, but the first chapter is the only one free to play (So far).

Quintus and the Absent Truth (Chapter One) introduces you to the characters that you’ll be playing as in this intriguing horror-adventure game.

Plus, it’s an excellent opportunity to see first-hand how Wreck Tangle Games are going to make the horror genre their own. Their approach that strays away from spooky hallways and dark adventures throughout haunted castles. 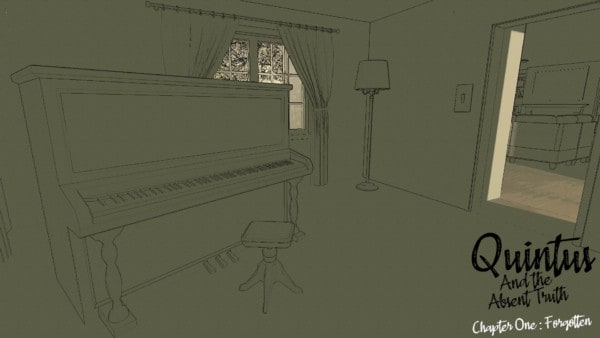 The Tale of One Man and His Mouse

Quintus and the Absent Truth is an interesting free-to-play horror game on Steam. Take a glance at the listing for this title online, and you might assume that the “horror” descriptor is a misnomer. The low-saturation graphics with soft autumn colors don’t look particularly terrifying.

Plus, you’ve got the charming face of Quintus, our friendly mascot for this game to put you at ease. How can a title about a pet mouse by genuinely scary? Right? 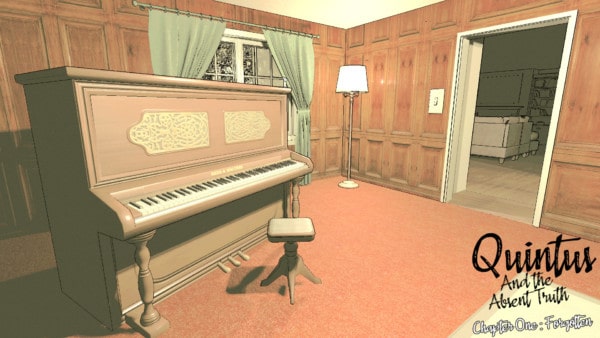 I thought that too. But, I’m not embarrassed to say that this initial chapter did make me jump once or twice. So, don’t make your mind up too quickly.

Quintus and the Absent truth follows the story of a man and an (extremely clever) pet mouse. Together, you (Alan Shaw) and the mouse try to track down your daughter, who has unfortunately gone missing.

A lot is riding on your ability to solve puzzles, find clues, and notice little details in this episodic adventure. Fortunately, Quintus is smart enough to help you solve puzzles that you probably couldn’t overcome on your own.

During chapter one, you’ll have a short introduction to Alan and Quintus on Lydia’s birthday, when you first discover that she’s gone missing.

A Fresh Approach to Adventure Horror

The thing that really grabbed me about this game from the get-go is how amazing it looks. Quintus and the Absent Truth is one of the prettiest games I’ve seen in a while-which is an odd thing to say about a horror game.

The colors are soft and gentle, and everything beautifully looks hand-sketched. 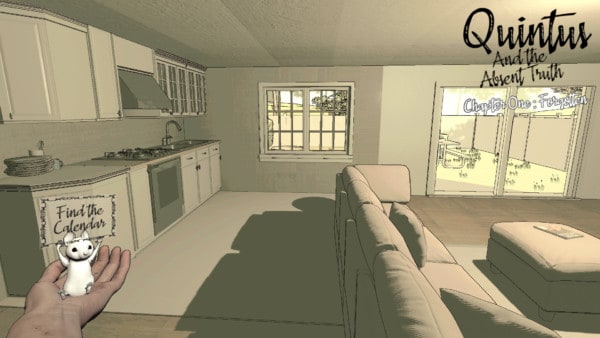 When it’s dark in the game, the color bleeds out of your surroundings, making it a lot harder to identify things by their shape alone. However, it’s this unique imagery that helps to make the game more challenging, and a lot more compelling too.

While most horror games have the habit of putting people in pitch-black environments, using the “unknown” as the source of the fear, this title takes a different approach. Even in the darkness, you can still see the textures and outlines of various objects.

Although the visuals don’t look particularly scary at first, you do start to get a sense of tension building, particularly as the color disappears. The music and sound effects are excellent for building anticipation. The voice acting is surprisingly good too – a sign that there’s a lot of potential yet to come.

The well-placed jump scares (if they get you), are extremely well-done in this game, to the point where I didn’t feel like they were just there for a cheap scare.  There’s a real depth to the game play that you don’t always get with these “Chapter 1” introductions. 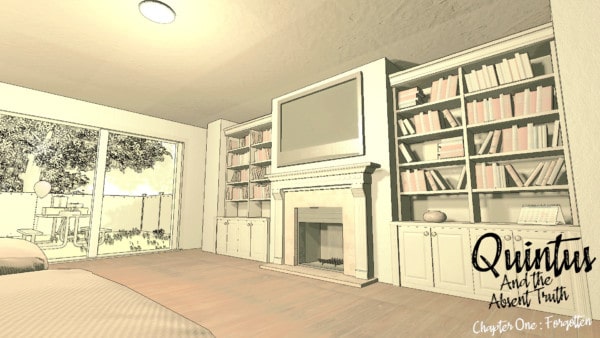 Although the story didn’t seem incredibly interesting to me at first – I think it’s safe to say that more details will be revealed as we continue through the following chapters. Developers often have a fine line to walk between getting your interest and giving too much away in a free prologue.

There’s also the issue of quality settings to consider too. If you don’t have a great computer, I get the sense that this game would probably cause you some issues, and there’s no way to reduce the graphics on the prologue.

The Perfect Introduction to Something New

The gameplay mechanics here are amazing. Quintus, your friendly pet mouse, is more than just a mascot to keep you calm as you through a slightly nerve-wracking experience. This furry pal is also extremely useful.

Having an intelligent mouse companion comes in handy when you’re trying to press hard-to-reach buttons and grab objects on the path to victory. Quintus can also notice hints that you might miss. So he can give you a little nudge if there’s an area that you need to explore.

Though this is just the first chapter in a five-part story, I think it’s a great start. Honestly, just a few minutes of playing was enough for me to decide that it was worth buying the second chapter for less than $5.

If you’re looking for something creepy, entertaining, and just different, this is it. 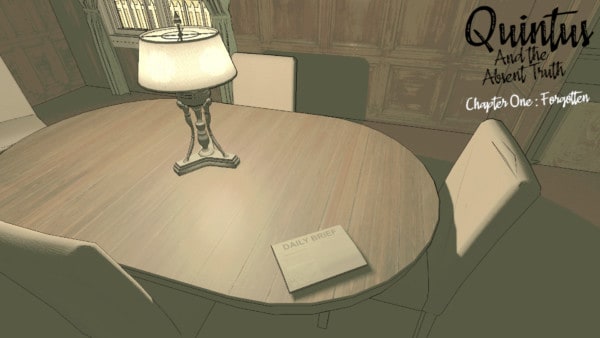 Quintus and the Absent Truth is a hidden gem among the free-to-play titles on Steam right now.

I really do hope that it gets the extra attention it deserves as new chapters continue to release.

Check it out for free here.