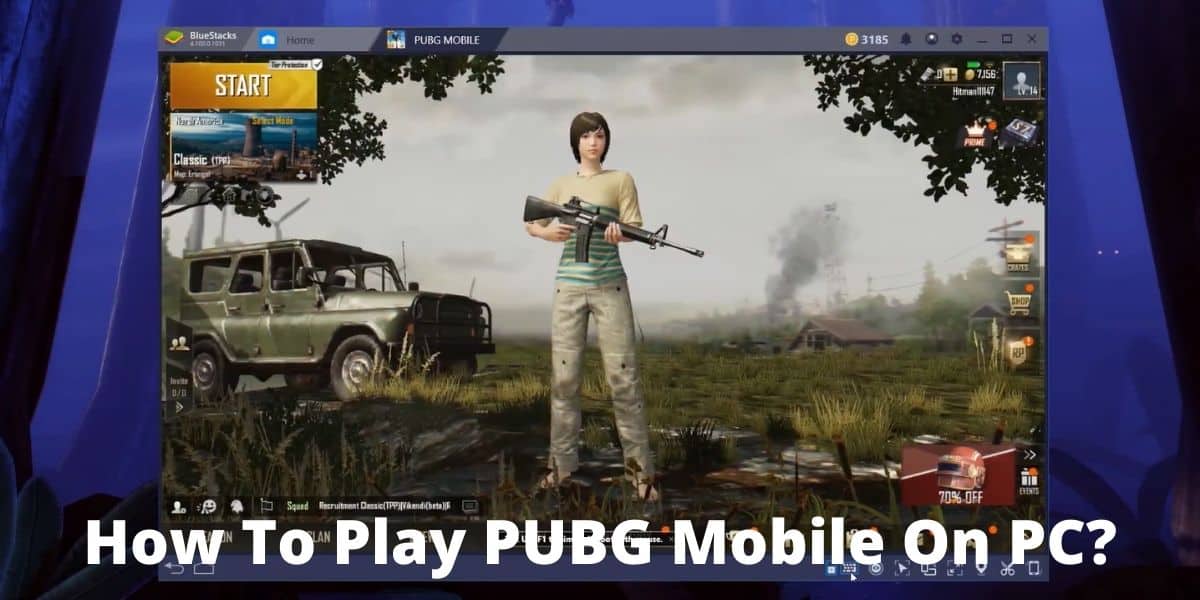 PlayerUnknown’s Battlegrounds is a battle royale game developed by the PUBG Corporation. They recently collaborated with Tencent, bringing this gripping shooter-centric game to iOS and Android platforms.

Playing the game with two thumbs doesn’t do enough justice to the number of unique actions you can perform in PUBG Mobile. But playing on a PC makes it effortless while amplifying your gaming experience.

PUBG Mobile: Everything You Need To Know About Emulators 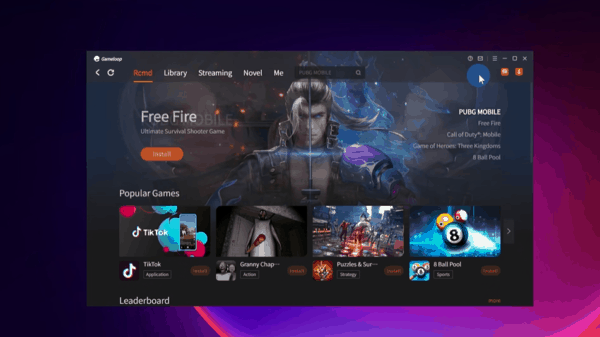 In an era of emulators, tech buffs have found a way to play PUBG Mobile on PC. With no hack necessary, gaming aficionados could enjoy the mobile version of PUBG on any laptop or PC.

Let’s look at the various options that will help players play PUBG mobile on their PC.

BlueStacks is an android emulator used to play PUBG Mobile. It is one of the first working emulators to perform without any glitches. Luckily, this gives players access to a plethora of games and allows live streaming for Twitch.

BlueStacks also supports recording gameplay, does not hang while recording, and allows players to multi-task, making it a close replica of an Android gaming experience. Additionally, you can also play any android game in your local language due to instant translation within the app.

Another cool feature is the ability to automate repetitive tasks in-game. This comes in handy when playing conquest-style games or RPGs where players are required to do monotonous tasks. You can even automate your login, so you don’t miss that daily login bonus.

If your computer is on the low side of power, you’d be better off choosing another software. But with enough processing power and graphics, playing PUBG Mobile on the phone will become history.

Gameloop is the official Android emulator released by the developers of PUBG Mobile.

Developers have been tweaking the emulator to give fans an interactive experience, allowing you to play PUBG mobile with the best settings.

Some notable updates include live streaming and keyboard customization. Allowing players to live stream is a major plus point as well. With the kind of popularity this game has managed to reach, streaming your game will put you in front of millions of viewers. This can be a boon when you want to get out of the amateur leagues and step into the pro leagues.

The third and final option is MeMu play, offering unique features that will alter your perception of an android simulator. It is the only emulator capable of file transfer between android and windows. Also, it’s designed to support drag and drop APK installation. Simply put, users of this emulator can drag the desired APK over from their desktop and into the MeMu play screen to start the installation.

The MeMu Play is built around a core engine that is solely meant for gaming. Contrastingly, the emulator glitches mostly when running games that have a high power demand. Therefore, this is only being used by enthusiasts who own high-end gaming PCs.

Here’s a point that may steer you away from this emulator. Unlike other emulators like the ones mentioned above, the MeMu emulator allows ads, disrupting the gameplay and making the experience annoying.

Bonus Read: Find out which is the best crate to unlock in Team Fortress 2 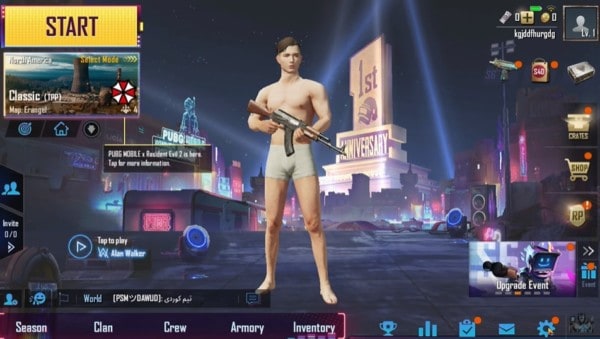 Say goodbye to the fake emulators while you download the official PUBG Mobile emulator. Additionally, players must begin by downloading the emulator from the official Gameloop website.

Remember to check the web browser’s address bar to make sure you are on the correct page and are not getting tricked into downloading a virus. This is because many online ads often trick gullible new players into downloading the wrong applications and harming their machines.

At this step, you can also choose Bluestacks. However, Gameloop is easier to set up. Most importantly, the latter ensures players have a smooth gaming experience. This app will help us download other files required to play PUBG Mobile.

Before starting this step, make sure you have three GB of space on your hard disk. Once the file is downloaded, open the download folder to execute the setup file. The file that will be installed is the middle software that will download the remaining game files for us.

After the installation is complete, run the application, and it will automatically start updating and downloading essential files. You can track the progress of the download in the downloads window on the screen.

The speed for this process varies from each computer depending on internet speed and computer hardware. However, this can take up to fifteen minutes as the files are relatively large.

Now that you have installed the emulator, type PUBG Mobile in the search bar and locate the game. By clicking on the icon, you will start the download and be able to play your favourite mobile game on the PC in no time.

While the download takes place, players should change a few settings of the emulator to secure a captivating experience.

While the game is downloading, you can change the emulator settings to get the best out of PUBG Mobile. To do so, start by clicking the hamburger menu in the top right corner of the screen.

From the drop-down menu, select the option that says Settings. Here, players will have to make the following changes:

Once all the files are downloaded, you can open the game, log in with your credentials to import your data from PUBG, and finally start playing PUBG Mobile on your PC.

Gamers can play the game on any other emulator, such as BlueStacks or MeMu. While the hardware setup remains the same, using an emulator will give players access to any android game they want to play on the PC. Once the emulation software is good to go, you can download PUBG in the exact way you would do it on your android phone.

Even though it is possible to play PUBG Mobile on the PC using emulators, it is advisable to use Gameloop simply because the game’s parent company develops it. The developers have made the emulator compatible with the game in a way BlueStacks and MeMu haven’t been able to do. Thus the latter pair will result in a buggy and unpleasant experience for the everyday gamer.

Note: It is essential to keep in mind that PUBG servers detect emulators and will only match you with other players using emulators.

PUBG Mobile is an intensive game and will not run smoothly on older machines. Even though it is the mobile version, it requires plenty of computing power to run smoothly. Listed below are the recommended requirements to play PUBG Mobile on your PC with ease.

Bonus Read: You can now cross-play Hyperscape with your friends!

Five Tips To Get Ahead Of The Competition In PUBG Mobile

Since you’re going to play with the comfort of a keyboard and mouse, here are some tips to ensure you are the sole heir of the chicken dinner! 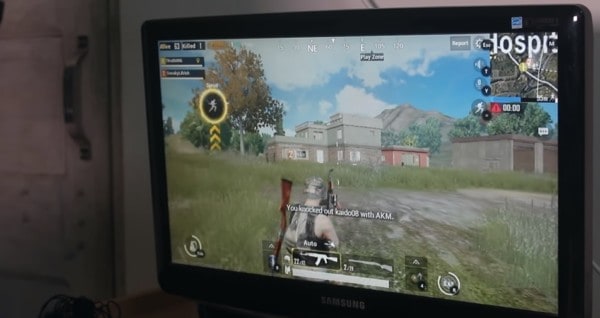 In PUBG Mobile, your helmet will fall off if you take too much damage, leaving you exposed. Keep an eye out for a level 2 helmet, as that will keep you safe from even the deadliest headshots from weapons like the Kar-98.

First aid kits take longer to heal than bandages but also recover more health. It can get confusing at times to choose which one to use. Here’s a quick tip to help you out.

When you’re not near a gunfight, use bandages to heal up slowly. This ensures that your precious meds are with you when you require them the most.

3. Choose Weapons Relevant To The Situation:

Choosing the correct weapon is one of the most important aspects of battle royale. Depending on the situation, players should choose the appropriate weapon. For instance, if you’re inside a small building, the best weapons to use are a shotgun or a submachine gun. These guns are lethal when it comes to close combat and should always be equipped as a secondary weapon.

Shooting buffs will love the assault rifles for their long-range and low recoil and should ideally equip one in their arsenal at all times. Not to forget, assault rifles are as fast as submachine guns and deal a significant amount of damage over great distances.

A rookie mistake is to take cover behind a vehicle. However, vehicles can be a deadly trap in PUBG Mobile. Other players can shoot the vehicle, causing it to explode. If your character is close to the explosion, chances are you’ve gotten injured gravely or may have possibly died. Thus, players should constantly keep their character moving from cover to cover.

One of the most important tips is to be aware of your position, the ring, and the safe zone during games. This also means being aware of specific aspects of the map that other players would often overlook.

The game has a variety of maps to choose from, with each having its unique characteristics. Having prior knowledge of the map will come in handy in plenty of sticky situations. For instance, it will help players gather loot quickly, take cover from enemies, and aid in ambushing enemies from unexpected spots in PUBG Mobile.

Above that, players should always check the mini-map in the top-right corner of the screen to quickly get a hold of their positioning. But be sharp because enemy footsteps around the character are shown for a matter of seconds as orange blips.

To survive in PUBG Mobile, gaming aficionados must find the perfect harmony between stealth, combat skills, wit, and a generous amount of luck. Only the last team standing will be compensated with the glorious chicken dinner.

By following the tips mentioned in the article, players will not only be able to play PUBG Mobile on the PC but also improve their skills quickly in the game.

Go on! It’s time to sink your teeth into the action and prepare for mayhem.

Bonus Read: Find out what it takes to get the diamond camo in Black Ops 2.