I love a good horror game almost as much as I appreciate a great horror movie.

The great thing about scary games is that they force you to immerse yourself deeper within the story. You’re not just watching someone else get spooked; you’re part of the experience.

Done right, a great horror game can deliver some pretty impressive environments to explore. Just look at how popular games like Silent Hill PT became. The best games are also an insight into different cultures and concepts that many of us wouldn’t encounter in our typical lives.

Ginkgo is a free-to-play horror game, based on an East Asian story. Unlike other free-to-play horrors that rely heavily on point-and-click action, Ginkgo asks you to sew together the parts of a complicated (and horrifying) world with a magic needle and thread.

Sew Your Own DIY Horror Story

Ginkgo is a single-player game that combines unnerving scenery with unique experiences to produce something deeply engaging. Essentially, what you have is a 3D puzzle that asks you to look at the bigger picture and connect the dots (or seams) of a dream-like world.

Although the visuals aren’t perfect in this game, they’re good enough that you’ll suddenly feel as though you’re part of this worrying landscape. For me, the atmosphere was very similar to Amnesia: The Dark Descent.

Although there’s a lot of horrifying scenery around you, the most worrisome part of the game is the sense that something else is stalking you. There’s a monster lurking somewhere just out of sight, and you catch glimpses of its unnatural erratic movements from time to time. 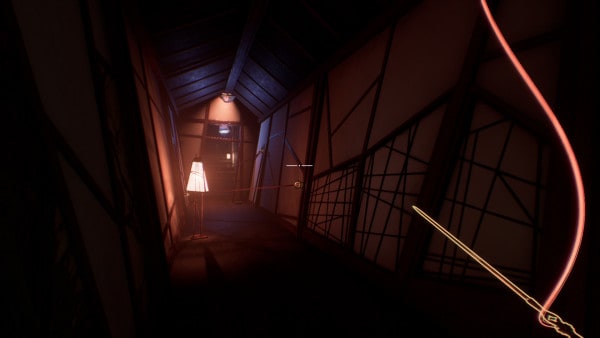 There’s something weird going on in Ginkgo, and it goes way beyond that creepy spider that watches you as you explore your new environment room by room.

Notably, you’re only getting the demo for Ginkgo in this free-to-play version.

The demo gives you a taster of what you can expect from the Advanced Games Program team from the University of Southern California. The group also showcased their demo during the USC Games Expo. This annual event showcases the work of game design students worldwide.

The event (online this year), highlighted Ginkgo as an excellent option for those searching for an Indie game that offers an insight into other cultures.

As a demo, Gingko is only a short introduction to the horror-infused world that the AGP team have started to create. However, it’s enough to pull you into the story at a deeper level. The start of the game throws you head-first into a funeral. A woman is looking for a way to make a connection with her history after her mother dies. 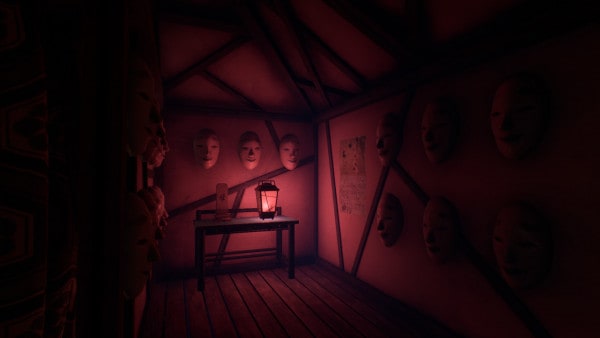 In her search for answers, the daughter (your character) ends up locked in an unnerving world, with nothing but an enchanted needle and thread. This needle and thread conveniently have the power to connect the fabrics of existence. Pretty special, right?

The only problem is that you’re not just enjoying a quiet afternoon of sewing here. You’re figuring out how to escape the monstrous Yokai that’s stalking you.

According to the narrative lead and producer of Ginkgo, Milo Smiley, the Yokai (monster) in the game is inspired by East Asian horror. The design and narrative team came up with the initial design for the Yokai to add a sense of constant threat to the game. The artistic style includes long limbs and a Noh mask which are common aspects of Asian horror culture. 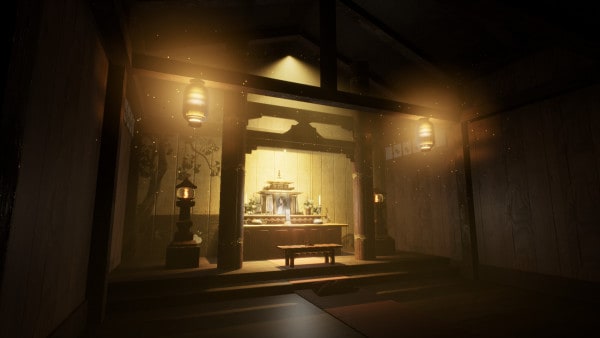 The presence of Yokai in Gingko ramps up the pace of the game. Rather than just learning about a woman’s history, or playing with spatial puzzles, you’re constantly running from something. The developers in this title revealed that a big challenge for them was making something scary, without making the game too difficult.

In the initial stages of Gingko’s creation, the developers made a monster that their protagonist couldn’t survive long enough to get deeper into the game.

An Interesting Take on a New Reality

There are a few issues with this game that stopped me from falling in love with it completely. The needle and thread mechanics are interesting and something I haven’t seen before in horror. I also liked the obvious reference to the East Asian culture.

Unfortunately, there are a few game-breaking glitches still in the code. At certain parts of the game, you can fall into the floor, get stuck, and have to restart the entire game. Another issue I had is how much of the game you got to play in the demo. 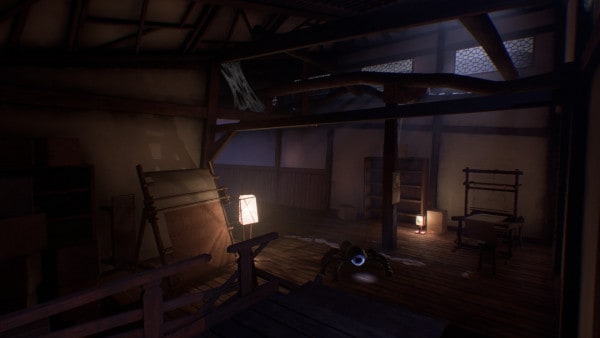 I often say that a demo should leave you wanting more. Gingko delivers on that front. However, it ends just as the story starts to get interesting. You don’t have a chance to get more deeply invested before the gameplay cuts out.

On the plus side, Gingko has a lot to offer as compelling survival horror. If the company decides to take the title further and release a full version  I think I would give it a try.

To me, this title isn’t as much about obvious horror, as it is about creating a sense of constant unease and anxiety. The game developers want you to feel lost. Even as you stitch different components of the game together, you don’t feel as though you’re making huge amounts of progress.

Another bonus is that you get to learn more about the different spirits in Japanese culture. There’s a lantern that helps you open doors, and the creepy spider also teaches how to use your magic needle and thread. The developers are paying homage to all kinds of Japanese history here. 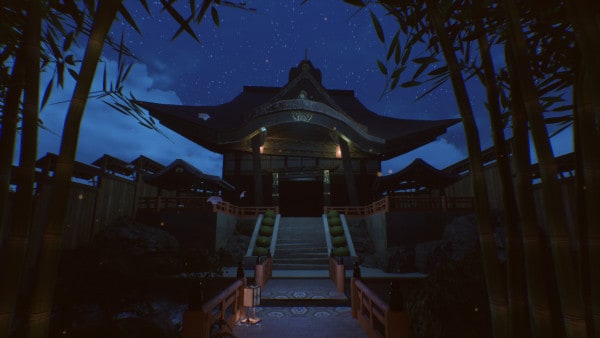 Is Gingko Worth Your Time?

I’m a huge fan of Indie developers that use games to tell a story.

Some of the best games on Steam today make an impact because of the tale behind them. In the 30 minutes of the demo you get from Gingko, you really only get a prelude into the game’s narrative. However, it was enough to whet my appetite.

The interesting needle and thread mechanic is a brilliant way to get people involved in a horror game. It’s something I haven’t seen before and I really liked the way it was done. Combine that with the deeply unsettling atmosphere, and distinct cultural vibes, and you’ve got the ingredients for a great game.

The developers took their time creating intricate and immersive environments with this game. The visuals are pulled straight from a horror movie, with soundscapes that leave your hair standing on end. 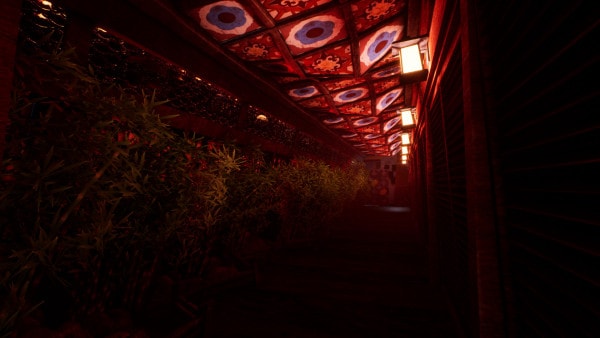 If you’re looking for a game that takes hours to play, try something like Gwent. If you need something more lighthearted and fun, I’d recommend giving “There is No Game” a shot.

However, if you want a sample of something plucked straight from East Asian culture, then Ginkgo is a good choice. Sure, it’s only a short demo but it’s well worth a try, particularly since it’s free to play.