A great perk for any empire in Europa Universalis IV, Paradox Interactive’s historical grand strategy game, is to have vassal states paying tribute and providing military support to the power of its host country. However, not all vassals are created equal. As your empire grows, you might find that a different state could be more beneficial than another. In that case, you have to know the best process of in EU4 how to release a vassal.

To start, know that you can create vassals in a variety of ways. A country can be forced to become a vassal state as a result of a peace treaty. It’s also possible that they will agree to vassalize themselves to a hosting nation as a part of a diplomatic offer.

What this means is that a vassal nation might not always be particularly happy with its state of affairs. Some nations will become highly rebellious. If that happens, the cost of keeping them as a vassal state might actually be higher than the value of their tribute and military service.

There are plenty of other reasons to release a vassal. If you are dealing with too much overextension, the costs might far outweigh the benefits. Additionally, vassal states aren’t technically a part of your empire, so if you would like to make the relationship permanent, releasing a vassalized country will allow you to conquer them fully later on. 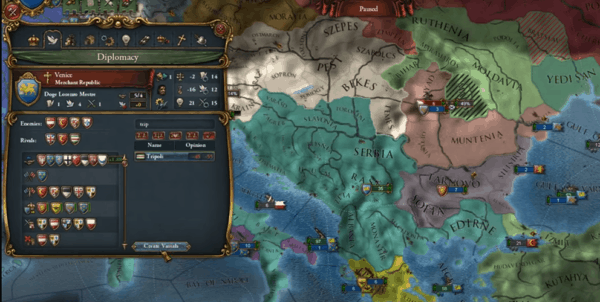 EU4 How to Release a Vassal

In order to release a vassal, there are several conditions that must be met:

If you meet all of those requirements, then a country can be released from vassal status. Something to keep in mind, once released, the new nation’s state religion will be the same as the largest of all of the main religions that it’s surrounded by. If you want to make sure the vassal state keeps the religion of your empire, make sure to impose that belief system on all of its neighbors before releasing the country.

To release a vassal state:

The new country forms instantly. At that point you can begin executing any strategies you have for the future of this new autonomous state.

In EU4 how to release a vassal is a critical strategic move that every leader should know. Their value can be high, but they aren’t always what you need. Now that you know the full details, why not check out some more of our incredible EU4 guides, and may your quest to dominate the world be ever successful.