Crusader Kings 2 features the concept of culture, which represents a character or province’s ethnic, religious, and cultural identities. At the start of any CK2 campaign, most realms have a pretty homogeneous culture, but as your empire grows, you’ll certainly begin integrating people with various other cultural types. Conflicting types can lead to wars and strife. In an effort to minimize these hardships, in CK2, how do you change culture?

As a general rule, you won’t be changing most character’s cultures. In fact, if a character becomes one of your vassals as an adult, there is no way to change their culture at all. That being said, it is possible to change a child’s point of view, though you have to start the process as soon as they are born. Children assume the culture of one of their parents after their birth. They can inherit it from their father or mother depending on several traits and the conditions of their birth.

However, if you change a child’s guardian, there is a chance that their culture will change to match their new caretaker’s worldview. This isn’t a guarantee though. Generally speaking, a child will have a guardian for 10 years before striking out on their own. You have about that much time to shift their culture. A generic guardian with no special traits has about a 50% chance of modifying the culture of a child during that period.

You can actually increase the probability that a child will change culture with a guardian that is gregarious or diligent. With those particular traits, the likely hood of a culture change increases, because a child only needs about 5 years to be affected by their new guardian. Ultimately, the key is to find a guardian with the right traits and commit a child to that individual as soon as possible. Otherwise, once the child is independent, your stuck with whatever culture they currently possess. 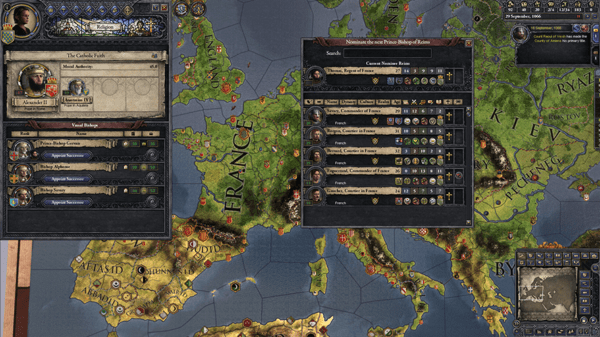 There are more options for the broader concept of changing the culture of an entire province. The most common way for this to happen is when a ruler has a county or other region within their demesne that does not already adhere to the culture of all surrounding provinces. The more counties in the demesne, the faster a conversion will occur. Keep in mind that island nations aren’t susceptible to conversion of this type because of the simple fact that there aren’t any adjacent provinces to inherit from.

You can also change culture of a region through a conquest war. These wars will force your culture onto regions captured by the conflict. This of course assumes you’ve won that war. Additionally, you can send Stewards on missions within properties in your demesne. The general time for conversion using this method is about 50 years.

Some cultures allow for Melting Pot events as well. These are special events that allow an entirely new culture to emerge from a previously established realm. The regions capable of this special event will have to cross historical and chronological milestones first.

The above guide should give you a good idea of in CK2 how do you change culture. Make sure to take a look at some of our other guides on Paradox’s grand strategy classic.