Games don’t have to be complicated to be fun.

Look at Animal Crossing: New Horizons. It’s basically a glorified yard work simulator where you pick weeds and fish all day. It’s also one of the most popular games in the world.

Loop-Loop DX is nothing like Animal Crossing, but it has a similar focus on simplicity. All you need to do to master the game is get from one side of your screen to the other. 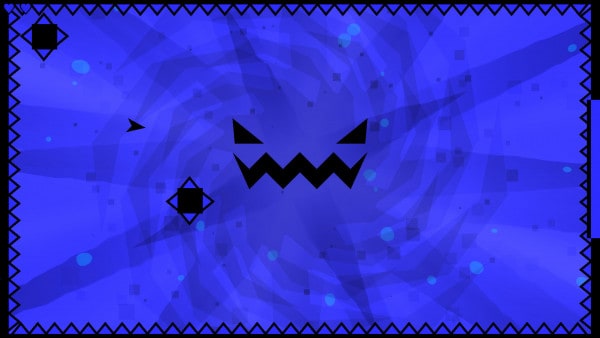 Sure, the premise of this game is simple enough, but mastering it is a whole different story.

Getting from one side of the screen to another isn’t a piece of cake. To do it, you need to use your Loop Gun. Basically, this is a gun a bit like the Portal Gun from Portal. If you can get the angle of your shot exactly right, then the projectile will hit you and take you to the next level.

Escaping the Prisom One Shot at a Time

Let’s start by discussing the concept behind Loop-Loop DX.

Carl, your protagonist, is exploring the twists and turns of an inter-dimensional landscape called the “Prisom”. The Prisom is home to some of the galaxy’s most dangerous criminals. In other words, it’s the perfect place to spend a quiet afternoon.

Created by developer Alex Carpenter, Loop-Loop DX is actually an evolved version of Loop-Loop – the same game but with fewer game modes. Over the years, this title has evolved. You can play through legacy mode, tackling increasingly challenging rooms. 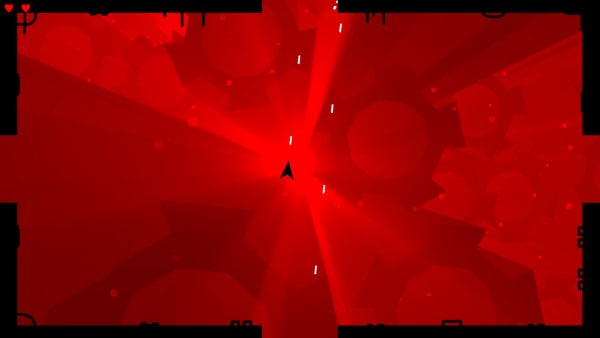 Alternatively, you can check out Bullet mode. Bullet mode is Loop-Loop DX’s friendly name for bullet hell. You’ll have to dodge the bullets that ricochet at you from around the screen without leaving your dedicated box.

Loop-Loop DX feels like a fresh take an old, but classic arcade game. The style reminds me of retro shooters like Asteroids. The biggest difference is that there are more puzzle elements involved in this game.

Carl, who ends up in the Prisom after failing to pay 10 dollars on his parking ticket, decides to escape using the looping edges of the screen to his advantage. Lining up shots with your Prisom gun so you can progress to the next room is easy at first. 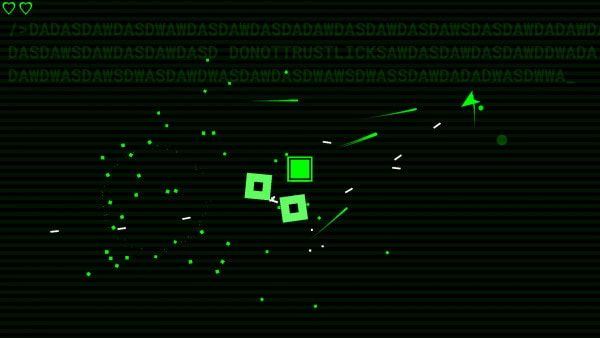 Of course, things get more complicated as you go. There are tons of explosions, lasers, and other dangers to side-step. Plus, you get seven different bosses in adventure mode. All the while, the incredible soundtrack churns out epic tunes to keep you motivated.

The story that accompanies you through Adventure Mode is lighthearted and funny. This is a game that doesn’t take itself too seriously, and there’s something charming about that. You find yourself falling in love with the playful dialogue and the badly-drawn figures.

As you guide Carl through the Prisom to find a way out, you’ll encounter other inmates. Most of the time, your fellow prisoners aren’t thrilled to see you. That means that you need to dodge out of the way of their attacks while you’re figuring out how to teleport yourself to the next room. 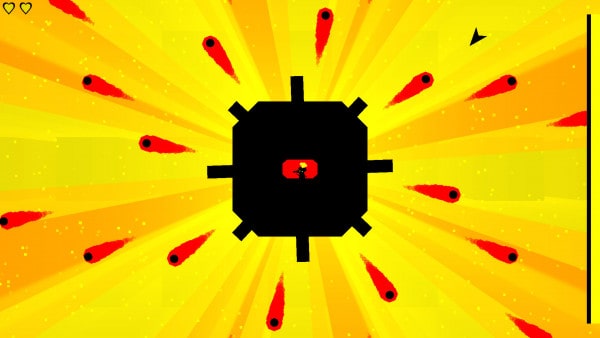 The good news is that every enemy you vanquish gives you rewards. Don’t ask me how these prisoners got all their money. The important thing is that you can use the cash of the other prisoners to buy upgrades from some kind of constantly available “Ship Shop”.

Trust me when I say you’re going to need that shop.

You can upgrade your fire rate, shot options, and speed, as well as your health. There’s also a Floppy disk available for purchase. I’m not fully sure what the Floppy disk does as I didn’t get to a point where I had that much cash to splash.

Apparently, however, the floppy disk comes in handy on the last level. Try and grab it before you finish the game, and make sure you’re not in debt. Buying the floppy disk with no debt will earn you an achievement.

One Unique Experience After Another

As you gather your improvements and progress through the game, you’ll gradually power your way through incredible boss battles. If you’re a lover of bullet hell games, then you’ll do fine here. 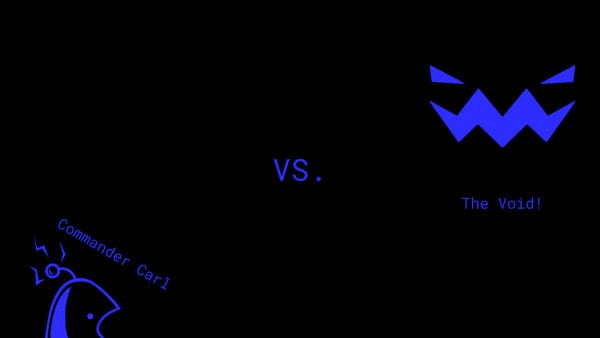 Not all of the bosses are bullet-hell experiences too. You also get armored machines that kill you with lasers and bosses that gradually inflate to cover the whole screen and crush you to death. Fun.

One of the things that are particularly compelling about this game is that there are multiple zones to explore, and they’re all color-coded. For instance, in the green zone, you’ll face swarms of enemies that you need to overcome before moving to the next stage.

In the yellow zone, you need to navigate through mazes and figure out how to defy physics to move forward. The difficulty curve is a little messy here. Some levels feel practically impossible, then they’re followed by new levels that are much easier.

Still, the unevenness of the game does keep you on your toes. It’s also worth noting that your weapon and survivability upgrades do give you a lot more power than you would expect very quickly. This can make the initial levels of new stages feel a bit simpler.

As a warning, the fifth and sixth stages of the game do get pretty difficult. There’s a good chance that you’ll feel a lot more overwhelmed as you progress to the end of the game. 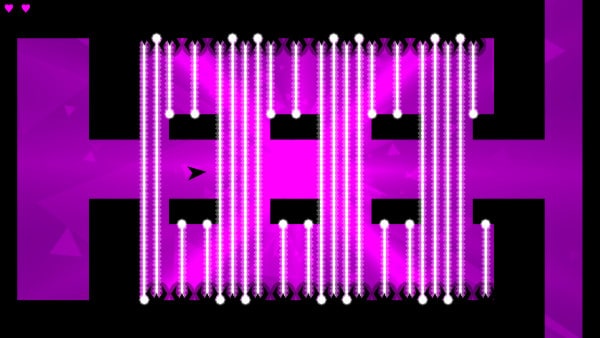 It’s also worth noting that you’ll have a much easier time avoiding bullets and surviving each level if you use a PlayStation or Xbox controller instead of a mouse and keyboard. I didn’t have any trouble connecting a wired Xbox controller to my computer, but other reviewers say the same process is tough with a PS4 controller.

Overall, I really enjoyed this game. It’s challenging but fun, playful, and humorous.

I probably could have done without the confusing difficulty curve, and a few other added features. For instance, it didn’t seem necessary to have so many swear words in the gameplay, but to each their own. You can always ignore what Carl says when he gets hit.

There are no issues with this game that are so intense I wouldn’t recommend playing it. The design is fun, reminding me of old-style arcade games. Plus, the soundtrack is fantastic, which is always a bonus if you’re going to be playing the same level a couple of times. 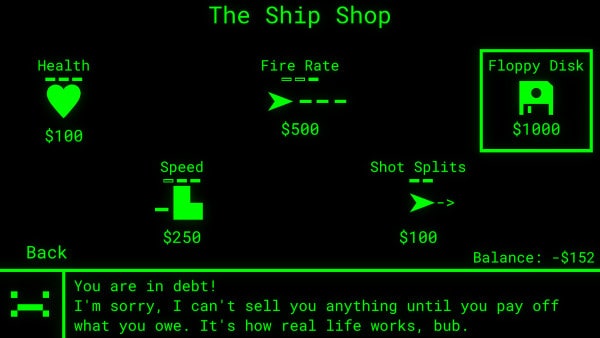 You also get a lot of gameplay for a free game. Sure, there are only six stages, but then you can play in bullet hell mode for as long as you want. The option to constantly keep beating your high score gives this title plenty of replay potential.

Want something a little different? Try one of the other free games on Steam, like We Went Back – the scrolling horror game.

You can play Loop-Loop DX for free here.