For any player who likes to wage war, how to increase naval capacity in Stellaris is an important question to answer. Because while it’s possible to build above an empire’s limits, the maintenance on ships increases by the overage. It’s good to know then, that there are several ways to boost the potential maximum capacity of an empire’s armada.

By adding another anchorage module to a Starbase, you will increase your overall naval capacity by four. You can add up to six modules to each Starbase. This means that if you really want to lean in on this tactic, you can increase your capacity by 24 per Starbase under your command. Though, honestly, putting all of your eggs in this basket can be dangerous, as if you lose a Starbase in a battle, your naval capacity will be reduced as a result. 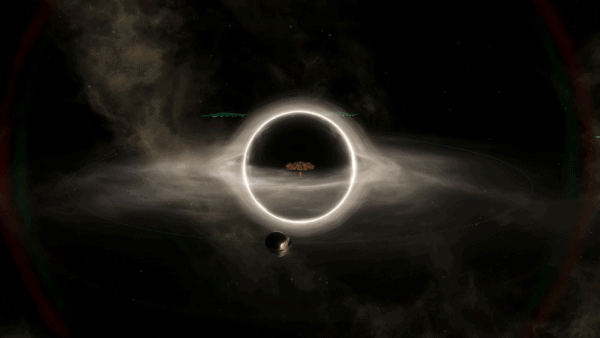 This is one of our favorite ways to expand naval capacities. Each of the society technologies known as Doctrine will grant you an additional 30 points toward the size of your armada. The highest-level technology, Doctrine: Fleet Liaisons has a cost of 24,000, so these technologies don’t come cheap. There really isn’t a better way, from our standpoint, to expand the strength of your military.

You’ll need the Utopia expansion to take advantage of this capacity expanding option. If you really want to explode your ability to support your navy, you need to build yourself a Strategic Coordination Center. This megastructure grants you an additional 50 points toward your naval capacity at each level of completion. And with three stages, that means when you’ve finished the megastructure, you’ll have an additional 150 points at your disposal to build out your armada.

You have to commit to this tactic from the get-go. But we’re suspecting that if you’re reading this article, your intent is to wage war anyway. With that in mind, why don’t you take on one of the many genocidal civics types? When you do, you’ll gain an instant 33% boost to your civics for the rest of the game! It’s quite a commitment, but just imagine the size of your navy by the end of your reign of terror!

This isn’t an exhaustive list on how to increase naval capacity in Stellaris. However, with these options, you should be able to expand your armada to massive proportions.

Check out some of our other Stellaris guides for more tips on waging war. When you swarm an opposing empire, tell them Sidegamer sent ya.

We’ve all got those games we feel a bit nostalgic about. For me, the list includes classics like Banjo Kazooie, Pokémon Snap, and Goldeneye...