We’ve all got those games we feel a bit nostalgic about. For me, the list includes classics like Banjo Kazooie, Pokémon Snap, and Goldeneye (007). If you were growing up in the 2000s, however, you might be familiar with an edutainment title called Frog Fractions.

Originally released in 2012, Frog Fractions is a play on the old-fashioned computer games you’d play at school to learn about math, science, and literature without a pen and paper. The good news? You don’t actually need to know anything about fractions to play this game.

Although you get your score in the form of a fraction, the title is just a spoof on classic educational games, with plenty of fun elements built-in. The original Frog Fractions is a delight, with various eggs to discover and tons of humor.

Today, I’m looking at the Game of the Decade edition that’s now available on Steam for free.

Let’s see if the remastered elements add up to a successful game.

A Playful Take on Classic Games

Frog Fractions is a surprisingly fun game that’s sure to defy your expectations if you’ve never played it before. When Twinbeard Inc originally introduced the game, it gained tons of attention. It even earned a position on Polygon’s list of the best games of all time. 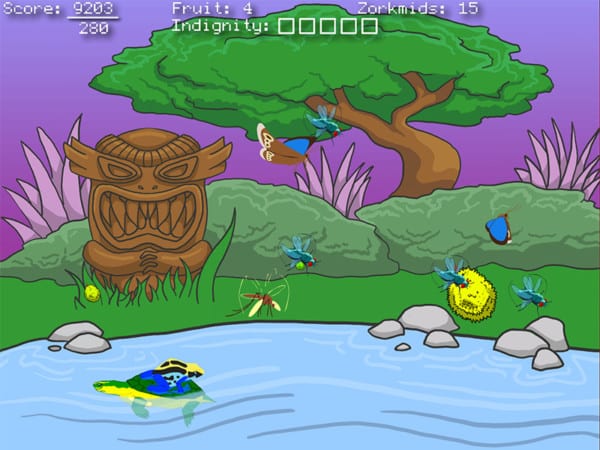 Since the Flash plugin that this game works on will no longer be available soon, the remastered version upscales to avoid any problems. The basic elements of the game stay true to form, however. You start by controlling a frog sitting on a lily pad. With your tongue, you protect your fruit and attack any ongoing insects that might ruin it.

Between waves of attacks, you can use your points to buy upgrades, like a flying dragon, a robotic brain, and lock-on targeting for accuracy.

If you’ve never played the game before, check it out on Steam now before you read on, because things are about to get spoiler-y.

Although, at first, Frog Fractions seems like a super simple game, it’s an insane adventure through countless classic game mechanics. The style of the title changes as you play, and there are tons of references and pieces of humor that demonstrate this game wasn’t made for kids. 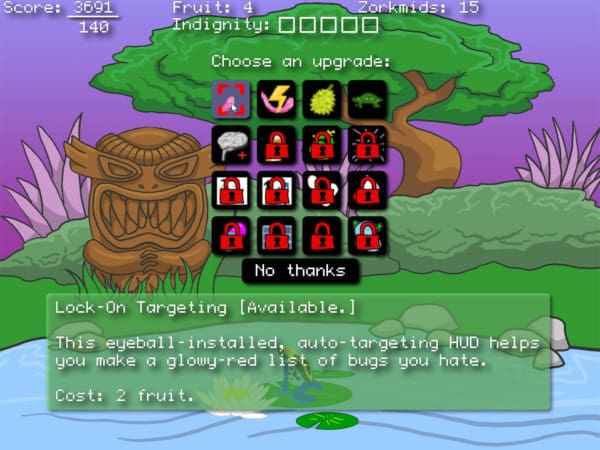 The designer, James Crawford, actually made Frog Fractions as a prank to pull on his friends. However, this is a game that’s so much more than just a joke. Every time you think you have things figured out the developer switches the script again. Honestly, it’s a wild ride, and something you can’t really grasp until you’ve played it yourself.

The New DLC: Wearing a Hat

Frog Fractions: Game of the Year Edition seems like the exact same game as before.

The original game is enough of a mind-trip on its own. You collect fruit to purchase a warp drive, then drive your dragon through an asteroid field to Mars. You know, the basics. On Mars, you complete text-based adventures, learn about the history of boxing, and more.

By the time you return to Earth, you’re running for president with a game of DDR, before completing business simulators to unlock further upgrades. The whole game takes around an hour to complete, and it’s 60 minutes of pure madness–definitely worth your time.

However, there’s more to the Game of the Year edition that meets the eye. 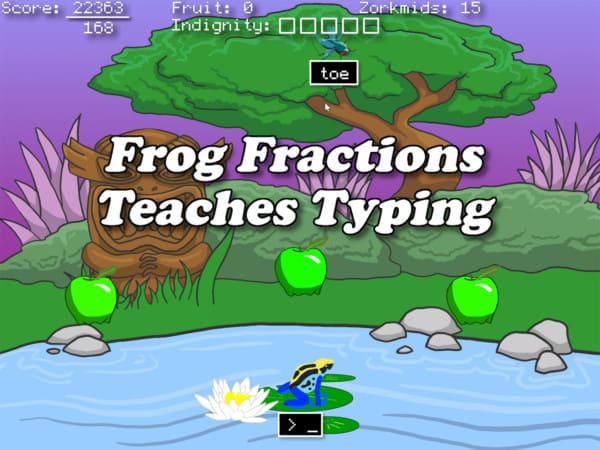 It’s the Frog Fractions DLC that really changes things here. When you finish playing the free game, you have the option to play again wearing a hat. Doesn’t sound like much of an upgrade, right?

When you click on “play wearing a hat”, you start the game again. Initially, you assume nothing has changed. However, once you purchase your warp drive, the adventure picks up. You’re starting a brand-new journey, years after the events of Frog Fractions.

Rather than running things as president, you’re impeached, working in a theatre production showcasing the original adventure, where you’re constantly dealing with disillusionment, an inability to see your child, and internet trolls.

I don’t want to go too far into the DLC for this game, because it’s so much better when you go in blind. Also, you have to pay for the extra game elements, so it’s technically not part of the free-to-play experience.

If you enjoy the free taster that you get from the free remaster of the initial title, however, I’d recommend downloading the DLC too. It’s worth the extra expense, particularly when you consider all the different game mechanics you get to experiment with.

While you only get to rediscover the original Frog Fractions with the free to play game on Steam, that’s enough of a treat on its own. Remember, this is a game that inspired huge amounts of positive feedback from fans all around the world. 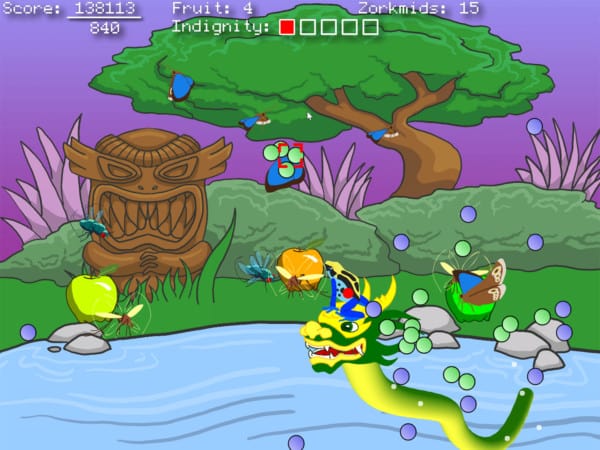 Similar to games like the Stanley Parable and There is No Game, Frog Fractions aims to throw the player off-guard with a completely unpredictable set of experiences, all centered around the life and evolution of a frog named Hop.

Replaying the game now, even eight years after its initial release, it’s easy to remember why people were so excited about this creation. The game even inspired a secondary ARG experience that many people reference as Frog Fractions 2.

Essentially, you get a fantastic selection of simple mini-games that tell a story, push you out of your comfort zone, and shake up your perspective always.

Sure, the gameplay is a little janky at times, and the visuals are out of date, but the soundtrack and story are phenomenal. Getting the extra DLC takes a 1-hour adventure and ramps it up into something much more comprehensive.

My advice? Treat yourself to a journey down memory lane if you’ve played Frog Fractions before. If you haven’t, give it a go–it’s free to play, and you don’t have to buy the DLC if you don’t want to.

I have a feeling that most people playing this game for the first time in 2020, as well as old fans fueled by nostalgia won’t be able to resist that extra purchase, though.