2020 feels like a pretty good year to start playing a game that’s all about preparing for the end of the world. Of course, when developer Rejected Games and Publisher PlayWay SA announced the bunker simulator game in 2019, they had no idea how relevant it would become.

Mr. Prepper: Prologue is the behind-the-scenes taster session for people interested in trying Mr. Prepper before it’s available. Currently, the team is prepping for an upcoming release in 13 supported languages. The game’s official Steam page has been hanging around since January 2019, but we’re still waiting on an official release date, which is a little frustrating.

The first round of beta testing for the game started in July, and things are starting to come together nicely by the looks of the reviews. With that in mind, I decided to check out Mr. Prepper: Prologue for myself.

Mr. Prepper is a game that’s all about being prepared – something many of us realized we definitely weren’t during 2020. 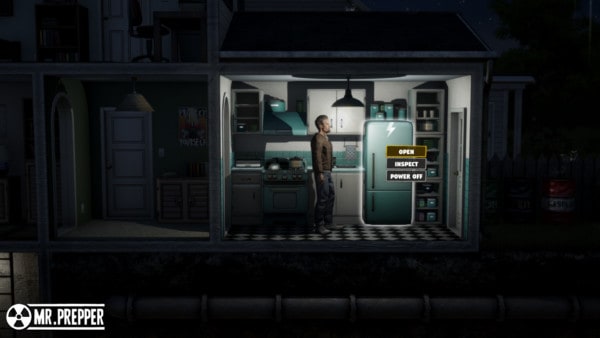 The first two games that this title brought to mind for me was Fallout Shelter and the Sims. The Fallout Shelter reference probably speaks for itself if you’ve played the mobile game. It’s all about decking your post-apocalyptic bunker out so you can survive the nuclear wasteland. In Mr. Prepper, you’re not quite at the point of fighting radroaches every day. However, nuclear war is on the horizon.

Rather than sit around and take your chances, you decide to get ready for what’s coming. So, what do you do? The only thing you can do – build a massive underground base.

Elements of The Sims come in with the way the game looks and feels. You can adjust different rooms and build according to your preferences. Plus, you can set people off completing tasks without having to do everything manually.

Overall, the game is centers around a pretty straightforward premise. You build an underground shelter, equipped with all the machines you can think of to keep you alive. This includes greenhouses, farms, and even vehicles for life after the apocalypse.

In the prologue of Mr. Prepper, you get an introduction to the basic mechanics of the game. This includes figuring out how to interact with items like food, craft new devices, and build out portions of your bunker. You also learn a bit about the story – which is easy enough to follow. 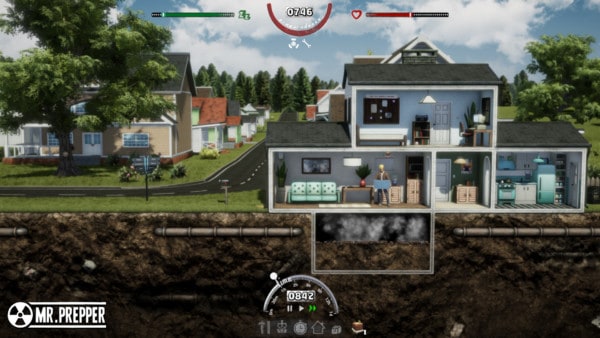 The character you play in this game is under close observation by the government. The law orders you to keep your hands clean and stay out of trouble, but that’s not good enough for you. Instead, you create a plan to hide your work from the government and protect yourself. This involves trading with your neighbors and seeking out materials from time to time.

Everything is beautifully designed, and the game feels really nicely done. I would have liked the option to switch into first-person mode, but that’s not a huge issue for me.

The mechanics are a bit basic – but it’s also easy to see how managing your bunker would become impossible if there were too many complicated things to keep track of at once. Unfortunately, when you’re just getting started, the waiting timers in the game really detract from the overall experience. You spend huge chunks of time just waiting around so you can do something else. Although I can see the benefit of a game that ramps up speed over time, the slow and challenging beginning could scare players off.

If you’re not used to the survivalist bunker game style, where you’re constantly thinking about things like resources, food, and water usage, you may see this title as more complicated than fun.

The Prologue version of Mr. Prepper is a free stand-alone version of the game that the developers recommend checking out. Apparently, this portion of the title introduces a crucial element of the main story. This means it’s likely to be bundled together with any future releases that the company provides. 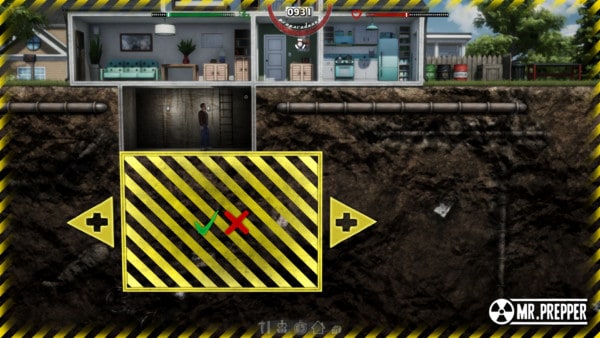 However, like most prologues and beta demos, the introduction to Mr. Prepper is a little problematic in places. If you can get over the fact that the beginning of the game is painfully slow in places, you then need to deal with the puzzle elements of the game. You’re constantly under surveillance, which means that you have to keep a close eye on your electricity and water usage.

If you try to do too much at once, then you’ll get a visit from the “secret police” which start watching your house and making your life a lot more difficult. The agents notice everything. For instance, if you melt down a frying pan to use it as metal for part of your bunker, the agent makes a note.

Personally, I don’t mind the challenge. I like games that push me to think about every step that I take. However, I can see this title being a little overwhelming for some.

Another major problem for me is the sound. There’s really not much of a soundtrack to speak of here. You hear the occasional grunt and sigh from Mr. Prepper as you work. However, that’s about it. The only real music you get is when the Secret Police come to inspect your house.

Will This Game Survive the Critics?

Mr. Prepper has its issues, but that’s not much of a surprise for a game that’s still in Prologue stage. Parts of the initial game are slow, and it takes a long time to figure out how everything works. However, you could also argue that the complexity of the game also means that you’ll invest more into it. Of course, that’s only if you enjoy this game style to begin with. 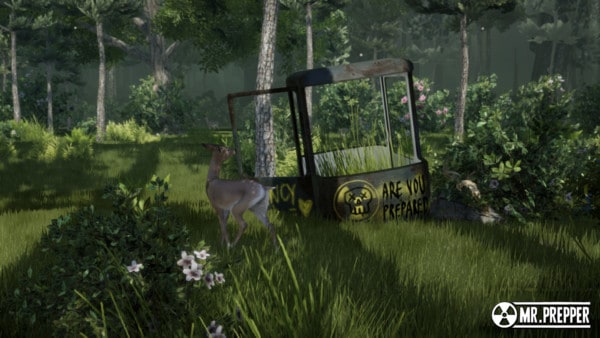 Despite its issues, Mr. Prepper will probably appeal quite a lot to analytical gamers who like to put their brains to the test. Puzzling out the best way to manage your bunker and staying one step ahead of the government can be satisfying. You just have to get past the somewhat exhausting elements to rediscover the fun.

Sure, napping constantly is a headache, and constantly worrying about resources means that you spend more time planning than getting things done initially, but there are fun elements here. If you like the idea of a challenging survival game that’s more about building than fighting, give Mr. Prepper a try.

You can play Mr. Prepper for free on Steam.