There’s something compelling about a game that asks you to murder all your friends.

If you read my previous review of Enemy on Board, then you’ll know I consider myself to be quite the trickster at times. I couldn’t pass up the opportunity to recreate some of the fun and hijinks of a space-style multi-player game with Unfortunate Spacemen.

Unfortunate Spacemen is a game all about astronauts who aren’t having a good day.

You’ve been floating through space, enjoying the scenery, and suddenly (gasp), your craft is infested with aliens. Normally, this would be the premise for a standard shooter or a game like Dead Space. In the case of Unfortunate Spacemen, you get something a bit different. 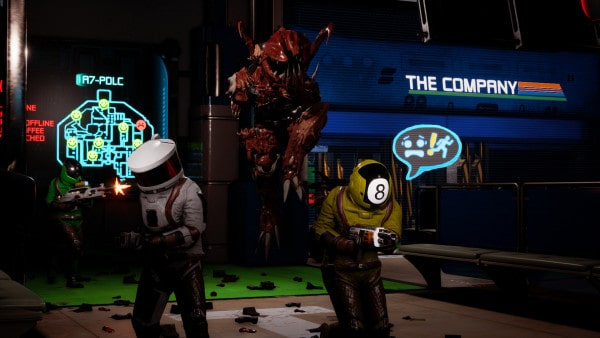 Brought to you by Dead by Daylight, Unfortunate Spacemen infuses the already tense situation of an alien infection with suspicion and paranoia.

Why? Because of the 16 people that can spawn into your game, one of them is going to be an alien.

Even worse? You can’t tell who that alien is.

Friend or Alien? It’s Up to You to Figure it Out

Your objective in this game depends on your character.

If you’re one of the standard human astronauts, all you have to do is survive the waves of enemies that come swarming your way. Simple enough, right?

If you’re an alien, then your job is to make it as hard as possible for your friends to survive. You have to pretend to be a friendly human coworker, while simultaneously completing other tasks.

As an alien, you do have some choices. You don’t have to go all genocide on your teammates (unless you want to). You can complete objectives as they flash up on the screen to win the game, or just escape the battle. 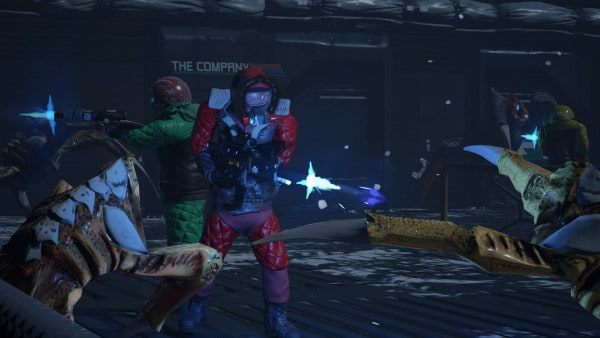 Monsters can lay traps, take the form of other players, or just take spacemen out in one-on-one fights. You’re a lot stronger as an alien than any human.

If you’re a human (which is a lot less fun) then you work with your other team members to choose a strategy for survival. Like aliens, spacemen can explore different areas, completing objectives until they’re eventually rescued.

On the other hand, if you prefer to take a more active approach to alien annihilation, you can seek the monsters out.

If this sounds a lot like Enemy on Board to you, then you have the right idea. The sneaky parts of the game are remarkably similar. You will need to be strategic if you want to win, whether you’re a human or an alien.

The biggest difference here is that Unfortunate Spacemen comes with a lot more scope. There are 15 different environments to explore, including derelict space stations and unique alien settlements. That means that you’ve got a lot more space to cover.

There are also multiple modes available too.

Another thing that makes Unfortunate Spacemen really stand out as a free to play game, is that there are a bunch of great customization options and gameplay styles. 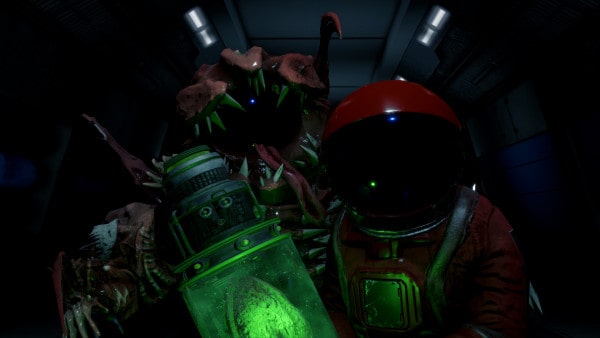 You can customize both your spaceman and your monster, choosing different suits and body types. There’s also the option to swap through different gameplay modes depending on how you feel. You do get more options with the paid version of the game, however.

Gameplay options include a solo or co-op story mode. Here, you can either jump into the game on your own, or team up with five of your pals to fight against insect-style aliens.

In Survival mode, which is also available for solo or co-op players, you can work with up to eight players. The longer everyone in your team survives, the more challenges you’ll face. Survival mode puts you face-to-face with waves of increasingly difficult enemies.

Although the new modes are a fun addition to the game, offered after the title came out of testing mode, it’s still the shapeshifter mode that seems to be the most fun.

Shapeshifter mode gives you support for up to 16 players on a single map. It’s in this mode where you can really work your paranoia muscles by trying to figure out which of your crew members is betraying you. 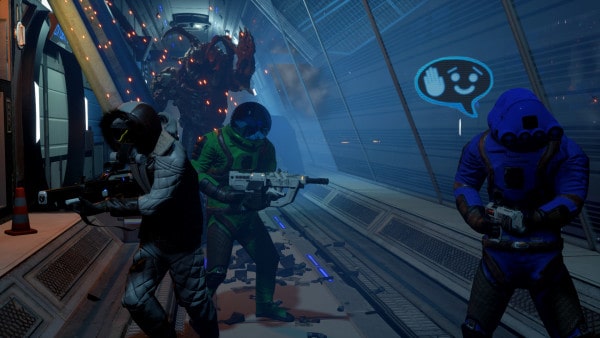 There’s definitely a lot more going on in this game than there was with Enemy on Board, which kept things very simple.

Unfortunate Spacemen plagues gamers with challenges that they need to overcome, so the gameplay is always chaotic. You get thrown into the middle of the action in a random environment, where you’re worrying about dropping temperatures, broken machines, and so much more.

Plus, your alien foe can be as sneaky as they like to kill you. If you’re trapped with someone who wants to play the long game, then you could end up getting locked outside in the vast abyss of space. Aliens can even rig airlocks to break.

Hours of Fun for a Paranoia-Fueled Play Session

The tension in the gameplay and everything happening around you in quick succession will definitely put a strain on your friendships. I probably wouldn’t recommend playing this with someone who you already argue with quite a lot.

My advice? Round up your favorite friends and family members and keep an eye out for anyone who tries to skulk off for some alone time in space. They’re probably waiting for an opportunity to take a chunk out of your chest. 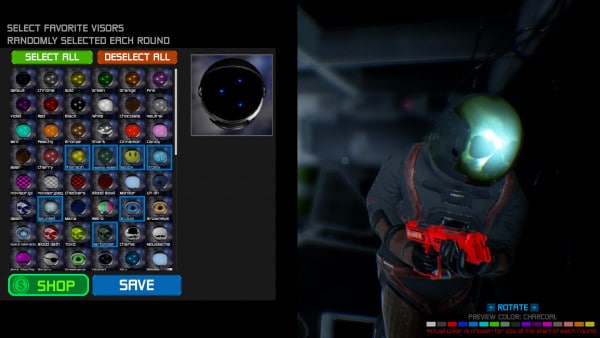 The Unfortunate Spacemen game isn’t perfect. A few parts of the gameplay can feel a little off-balance, like having access to an over-powered flamethrower in the early levels.

Additionally, being an astronaut can start to feel repetitive at times, but you will eventually get your chance to be a monster. Think of it a bit like Trouble in Terrorist Town  but in space. The roles rotate regularly, and everyone gets a chance to test out different strategies.

It’s also worth remembering that this title is just out of beta mode. That means that you’re probably going to face a few bugs. I had a hard time getting the game to load initially.

However, most of the issues with this game are the same problems you would have playing virtually any new multi-player title.

Beautiful to look at, and packed full of interesting mechanics, Unfortunate Spacemen is a game that you can’t help but fall in love with. I tried playing it for an hour and ended up playing round after round with my friends. You really can’t get enough once you’ve started. 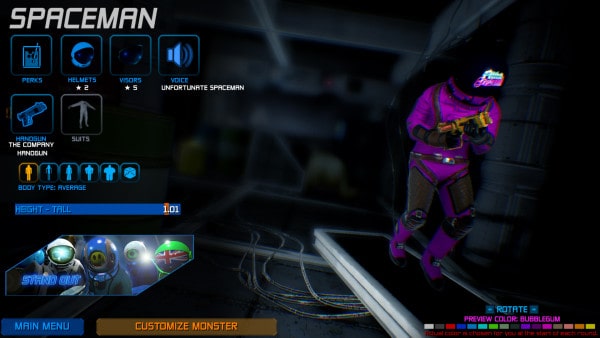 Just like most indie horror games that have a strong focus on multi-player mechanics, Unfortunate Spacemen does have some issues to overcome. However, it tackles the issue of asymmetrical gameplay surprisingly well.

Getting rid of the price for the title upfront so that everyone can test it out for free is a great way to generate more interest too.

My advice? Give it a go but don’t trust anyone who wants to tell you a secret in private.