The Witcher 3: The Wild Hunt may be one of the most open, expansive games ever made. There are hundreds of side quests and a main story that spans three massive regions of the world that Geralt inhabits. The only thing that really stops you from heading from one location before another is your own skill. Which brings up a common question in The Witcher 3: When is it time to go to Skellige?

With three massive regions to explore, there is a tendency to let yourself wander from hotspot to hotspot. You’ll defeat ghouls and gryphons and what have you, whenever you happen upon one. All while taking on side quests from random quest givers. Occasionally, and often unexpectedly, you’ll find yourself embarking on a main story quest. But that’s the beauty of the mission design in The Witcher 3. The game progression is laid out in such a way that you’ll naturally advance the main narrative without explicitly attempting to. This gives the story an organic feel that few open-world games manage. 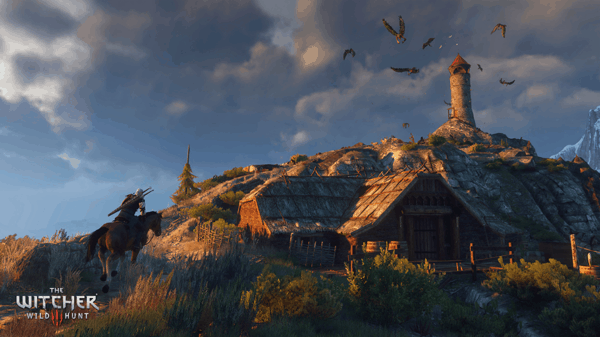 The main narrative does not tie you to where you can go in the world. If you desire, the second you have the means to do so, you can head to what is generally considered the last area of the game, Skellige. However, if you choose to make your way to this island nation, be aware that you’ll face enemy encounters far above your current level. Generally speaking, whether you’ve completed all the story missions or not, you’ll want to be near or at level 20 before heading west.

Another consideration to keep in mind before you make the journey is how important the story is to you. If you’ve decided to go all-in on the compelling narrative CD Projekt developed for their epic fantasy masterpiece, then our recommendation is to wait until Yennifer tells you to go to Skellige. She won’t give you that direction until you’re at the point in the story where it’s required. It’s impossible to miss, so you don’t have to worry.

Finally, if you do decide to head in the direction of the island nation earlier than the story tells you to go, have no fear! The Witcher 3 is fantastic about explaining to you when quests will be blocked off, failed, etc. by travel decisions you make.

In the end, head to Skellige when you feel like it. If you’re looking for a crazy amount of challenge, it’s the best place for it. If you want to experience the story as the writers intended, wait until Yennifer tells you to go. The game is great at informing you when your choices have consequences, and if you decide that it’s just too hard at your current level, Novigrad and Velen aren’t going anywhere!

There you have it. When playing The Witcher 3, “when is it time to go to Skellige?” will be a question you don’t need to ask anymore. If you’re looking for more Witcher 3 tips, make sure to check out our guides!

We’ve all got those games we feel a bit nostalgic about. For me, the list includes classics like Banjo Kazooie, Pokémon Snap, and Goldeneye...

At first glance, Cyber Hunter looks like an incredible title—something that’s far too impressive to be available for free. Just take a glance at...