I like to keep things varied when I’m reviewing video games.

Just because I’m fond of horror and fantasy games, doesn’t mean I won’t play Animal Crossing too. Recently, on my weekly search through the Steam free to play lists, I discovered The Call of Karen, a game that promises a fair share of both humor and horror.

The Call of Karen dumps you into the world of a 1950’s suburban housewife. Karen’s home is currently being invaded by Cthulhu—the huge tentacle monster from H.P Lovecraft’s stories.

This is a game that caught me off guard, with a lot of funny moments that really draw you into the story. It might not be as complex as some of the other options you can find on Steam right now but it has a lot of potential to offer. 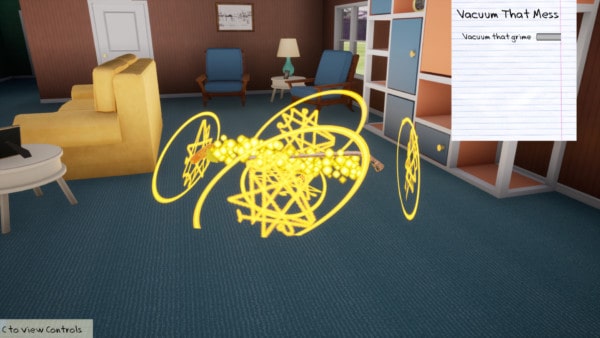 A Fun Take on a Popular Premise

The idea behind The Call of Karen is simple enough.

You enter a 1950s life simulator, where you take over the body of a 1950s housewife. If you were hoping for a game where you complain to because your latte has too much milk, this isn’t it.

That’s pretty much what I expected when I saw the title.

If you’re a meme fiend, like me, you’ll already know all about “Karens”. For the uninitiated, that’s the name the digital world gives to the kind of people who are constantly complaining about trivial things.

Rather than picking on the meme Karen, the game places you in a much more relatable scenario. You’re struggling to look after your home while dealing with a rude teenage son, and a hopeless husband.

All the while, you’re also dealing with an incredibly nosy next-door neighbor. Cthulhu crashing through the house is practically a reprieve.

Although The Call of Karen is far from what I expected, it is surprisingly fun. The addition of Cthulhu as a pesky monster is actually quite funny.

The game developers have done a great job of portraying a world-ending entity as the last thing on a list of this woman’s problems. 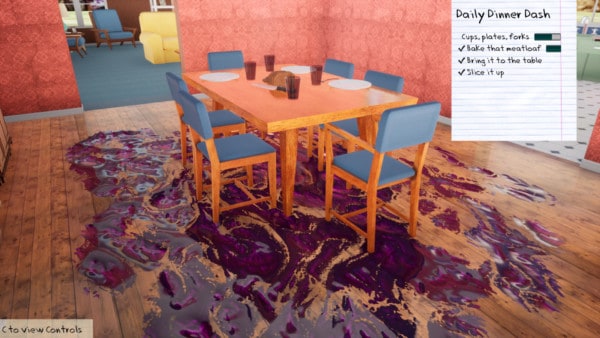 The style of the game is very similar to something like bread simulator, or Octodad.

You get a list of tasks that you need to do each day. You spend time vacuuming the mess in your home or picking up the books that Cthulhu throws. The more you work, the more humorous Easter eggs you discover from the Trumbus team.

One of the books that you need to pick up declares that a woman can’t be the main character in any story. That’s the developer’s way of picking at problematic views of the 1950s.

There are also framed pictures in the living room which showcase people like Eleanor and Franklin Roosevelt as well as possibly Karen herself.

With so much to discover in this game, you almost forget that Cthulhu is lurking around, although he’s always looking for ways to make everyday life even more frustrating.

It’s that kind of depth of detail that helps the game to stand out.

If you’re looking for something with challenging puzzles, or a deeper, more meaningful story, this probably isn’t the right option for you. However, the controls are simple and straightforward, the graphics are decent enough, and the acting is pretty great for a free game too. You’ve also got a good quality storyline thrown in for extra measure, which isn’t always easy to find. 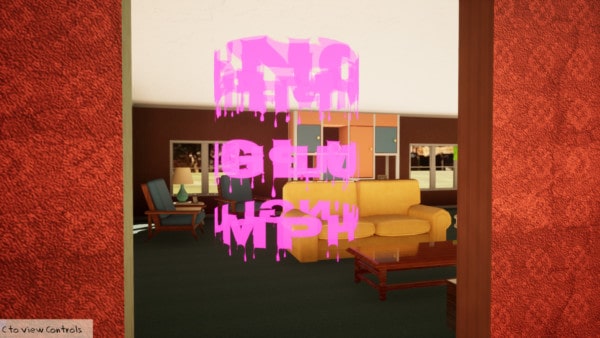 Despite this game taking a very different path to what I originally assumed, I was glad that I had a chance to play it. The developers have created a cute, fast-paced, and funny title that keeps you interested from start to finish. Do make sure you turn your sound on before you start playing though.

Like most free-to-play games, this one had a few issues with glitches here and there.

Things can fall through the graphics. If you suffer from motion sickness, you might feel a little uncomfortable from time to time. However, I found it difficult to find something to really complain about here.

It’s not often that we get to see what happens when an Eldritch horror and a stay-at-home mom come face to face. It’s pleasantly surprising to find that simulated cooking and cleaning can actually pay off when the right story is involved. Plus, I have to admit, as the woman of my home, I know how annoying it can be to pick up after a man’s mess.

Some of the tasks involved in the game are a bit repetitive, but I get the sense that the developers did that on purpose. They want you to feel the frustrations of being a suburban housewife, complete with bratty child and horrible husband.

If you can get past the little niggles here and there, you’ll quickly fall in love. The title has plenty of quirks, from demonic meatloaf to casually ordering bullets on the web. 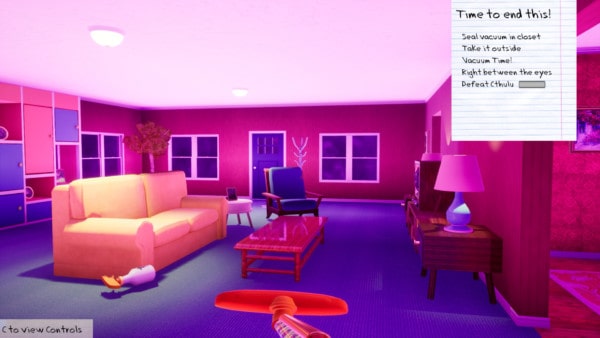 Will this game give you hours of entertainment? Probably not. It’s definitely more humor than horror, and you’re likely to be left wanting more. However, if you want an unusual trip into chaos with a unique storyline, you can’t really go wrong.

Not convinced? Check out the Night Fisherman for a game for a bit more depth.

Play the Call of Karen for free here.

The Call of Karen