There are nearly limitless numbers of ways to prepare your empire to rule the entire galaxy when playing Stellaris, but ascension perks are one of the most powerful. These late-game abilities require a lot of work to unlock and once selected, you can never remove them. Before you make any decisions, let’s take a look at Stellaris’ best ascension perks.

Another easy perk to pursue is Technological Ascendancy. Like Interstellar Dominion it doesn’t have any prerequisites. Once you’ve taken this perk you gain a 10% increase in your research speed. More importantly, rare technologies are 50% more common. Because the availability of technologies is based on an RNG mechanic, a boost of 50% is incredibly valuable.

You need to research Mega-Engineering technology, built or repaired a Megastructure, and have allocated three Ascension Perks to unlock this. Galactic Wonders unlocks three of the most powerful creations in existence. Assuming you have the right DLC installed, you’ll be able to build a Ring World, Dyson Sphere, or a Matter Decompressor. These late-game Megastructures are imposing creations, sure to make any would-be rival think twice before challenging your galactic supremacy. 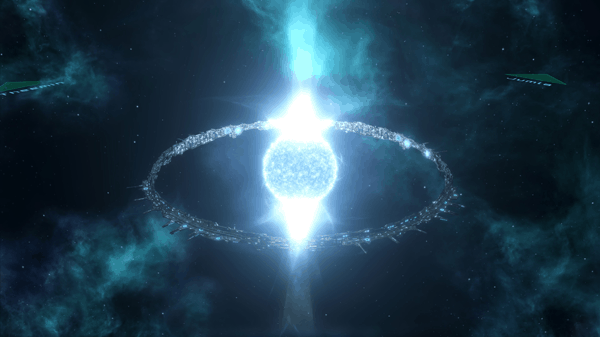 You need to have one perk selected before being able to utilize Enigmatic Engineering. With this Ascension Perk activated, your sensor range is increased by two, your Hyperlane detection range increases by four, and your ships won’t leave debris behind. The value of this is that you can spot foes from farther away.  If one of your ships is destroyed, the lack of debris makes it impossible for enemies to reverse engineer your technology.

If you spot a planet you like, but it’s not habitable yet, World Shaper is the perk for you. To unlock, you’ll need to have another perk already selected, research Climate Restoration technology, and you must not have a Gestalt Consciousness. Once unlocked, World Shaper reduces the cost of terraforming by 25%. It also unlocks the Gaia World terraforming ability.

This is a Tier 3 perk, which means you’ll have to have activated three other Ascension Perks before you can utilize it. You’ll also need to research the Titans technology before you can equip the Colossus Project. However, what you gain access to is the most awe-inspiring power in Stellaris. This perk gives you the ability to build Colossus ships. These massive vessels can destroy entire planets which makes this one of Stellaris’ best ascension perks.

Looking for strategies to help you conquer the galaxy in Stellaris? Be sure to check out our guides on your quest for total domination!