Call me a cynic, but I prefer to stay away from games that have a sugary treat in the title. Candy Crush isn’t my idea of a good time.

However, I’ve recently discovered that you can’t judge a game by its title.

That’s the case with Soda Dungeon 2.

At first glance, you might think that Soda Dungeon was another dime-a-dozen mobile game transferred onto Steam. However, that’s not the case. The publisher, Armor Games Studios, delivers a delightful free-to-play dungeon crawler, with a retro style and a laid back vibe.

If you love the idea of collecting endless pieces of gear to upgrade your weapons, armor, and fighting style, then Soda Dungeon is the title for you.

Soda Dungeon 2 is the most recent (better looking) version of the game. The first Soda Dungeon appeared in 2017 and earned a lot of positive reviews from both mobile and PC players.

This time, developer Afro-Ninja Productions is delivering a fresh selection of heroes, exciting battles to explore, and of course hordes of loot. 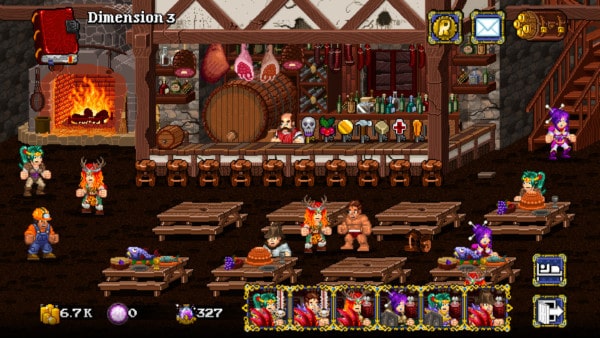 Just like Soda Dungeon 1, the second iteration is a casual gaming experience with a charming personality.

You’re not going to get a massive challenge from this game, but the learning curve does steadily increase as you collect more loot. Eventually, you’ll have trickier bosses to overcome, and more moves to master.

The protag of this game is a pixelated character available in male or female styles. Initially, you start with virtually no armor, and nothing but a basic sword and shield to protect yourself.

The dark lord (the antagonist) has apparently locked a bunch of legendary weapons and tools in his castle, and it’s your job to go and retrieve that loot. You have a few extra people on hand to help you so you’re not in this alone.

On your path to fame and fortune, you’ll encounter a huge selection of monsters and ghouls to battle. There’s angry chefs, soda-obsessed minions on a severe sugar high, and skeletons, among dozens of beautifully-designed mega bosses to overcome.

As you progress through the game, exploring one flor after another, you gradually bring back equipment to upgrade your tavern, town, and armory. This allows you to attract stronger adventurers to join your quest. Plus, you get the benefit of better battle skills too.

The pixelated art style and the fast-paced nature of the game make it feel like a delightful old-fashioned PC experience. This is the kind of game you can easily play for hours, then sit around wondering where the time went. 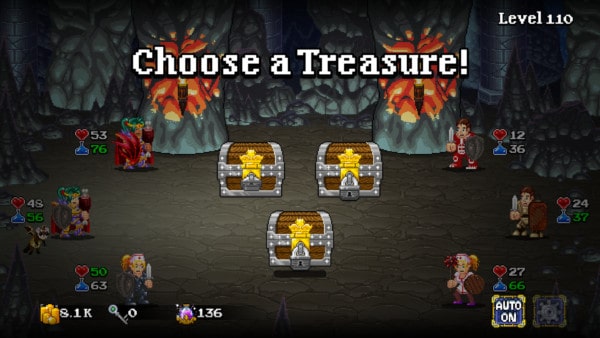 Everyone Loves Loot (and Boss Battles)

There are a lot of things to love about Soda Dungeon 2 even if you haven’t played the first game. The art style reminded me a lot of Terraria, although the playstyle is pretty different. Imagine Terraria mixed with Diablo from the 90s, and you’ll have something a little closer to the mark.

There are thousands of floors to explore in the Dark Lord’s castle although some do feel a bit repetitive. Plus, the loot system is great, you’re constantly collecting and upgrading, to the point where you do eventually become a bit overpowered for the game.

Eventually, you’re making so much money and dealing so much damage with the help of your companions that the game stops feeling like a challenge. However, it does take several hours to get to that point, which isn’t bad for a free to play game. 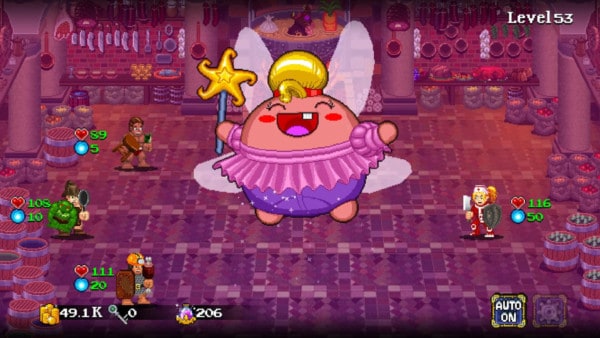 It’s not just the loot that’s appealing here either. The character variety stands out too. There are various classes to choose from, like thieves, healers, knights, and mages.

The diversity here adds some extra replay value to the game because you can build different teams and explore new strategies. Each character comes with their own specific advantage, and you’ll find yourself developing preferences as you play.

Another cool thing about the gameplay is that you can adjust how much control you have. If you just want to focus on your own character initially, then you can turn “auto” mode on. This means that the computer handles the moves of the characters you bring on your quest.

If you want complete control, you can take over everyone on your team, and choose which moves they make during turn-based combat.

As much as I liked this game for its fun design and gameplay, some elements did turn me off from time to time. For instance, if you’re playing the mobile version of the game, in-app purchases are regularly encouraged. Plus, you get an ad displayed after every dungeon floor. 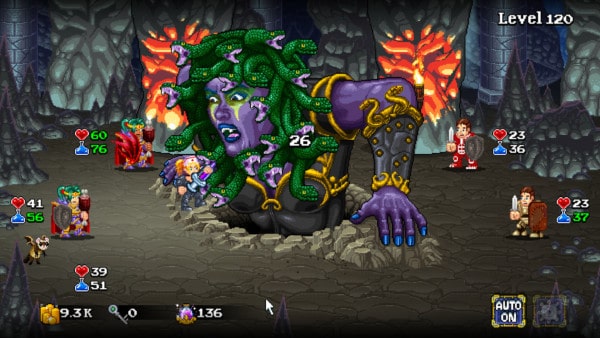 That might not seem like a lot of advertising at first, but since there are tens of thousands of floors to discover, it quickly gets annoying. There isn’t as much advertising on the Steam version of the game, although there are parts of the same gameplay that feel more suited to mobile.

Another downside is the size of the game. Yes, you have a lot of dungeons to explore, and characters to create. However, it doesn’t take long to reach the end-game. You can probably do it in a few days. That means that unless you’re going to start over with a new crew, you run out of play options fast.

One other issue I found was that some characters are significantly overpowered. Dark mages are probably the best option for anyone who wants to have massive power quickly. The damage you do with these characters scales so rapidly that it seems pointless to use anyone else. 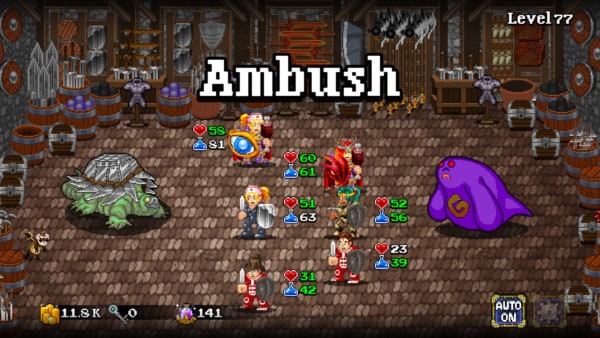 The loot mechanics in the game are fun but seem a little broken too. For instance, if you’re playing as a dark mage, you don’t need to level up your armor much, which means that you’re only hunting for the best level of wand. Additionally, there’s so much access to loot that it seems practically pointless for the developers to add an item shop to the mix.

Seeing a store selling a level 1 wand for countless stacks of cash is just laughable when you collect so many items you could probably use them as kindling.

Soda Dungeon 2: Worth a Taster?

Soda Dungeon 2 is a laidback and lighthearted dungeon crawler game for people who love the endless quest for loot. If battling monsters in a room-based dungeon sounds like your idea of a good time then Soda Dungeon 2 has you covered.

The graphics are a lot of fun, and the soundtrack is pretty epic, too so you can jam along with it when you’re tackling countless rooms. The fact that there are plenty of characters and bosses to explore means that the game doesn’t run out of intrigue too quickly either. 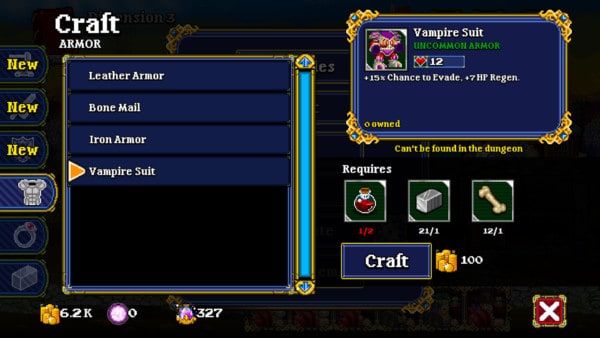 This game isn’t as advanced or as epic as some of the other titles I’ve played, but it’s one of the more high-value games in the Steam “free to play” section right now.

It’s worth a go—even if you’re just playing in between bouts of Animal Crossing.