Have you ever spent forever searching through your sock drawer for the perfect pair?

Maybe it’s that old woolen combo that your mum got you for Christmas a few years back. Perhaps you’ve got a pair of lucky socks that you wear when you hoping for good news.

Even if you don’t have a favorite pair of socks, you probably know how frustrating it is to constantly lose these rascally little garments. It’s rare I ever wear a matching pair of socks for this exact reason.

Unfortunately, I can’t track down your lost socks for you. However, I can give you a way to vent your frustrations with your very own sock-themed game. 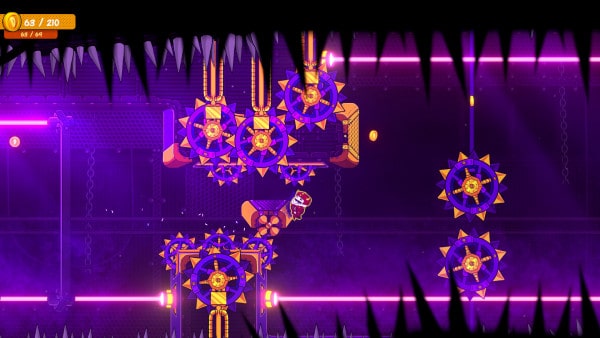 Sockventure is a story about a (badly drawn) kid whose favorite socks get munched by a cursed washing machine. Unlike most of us, who would probably just give up and wear another pair of socks, the kid reaches out to Sockman for help.

Sockventure Gameplay: Sock It to Me

Sockventure is a beautiful game.

The levels and designs are stunning, with a delightful comic-book feel to them in places. The only real sour note from a visual perspective is the toothy kid at the top of the screen. He looks like he was made in about three seconds on MS Paint. 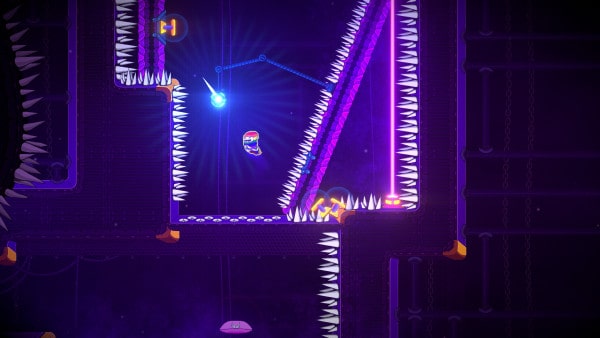 I’ll give the developers, Nighthouse Games, a break there though. This is the company’s first game on Steam, and it’s a prologue too. That means that there’s still development to do.

Many free-to-play prologues need to cut corners in some areas. I’d rather have an unattractive face popping up at the top of the screen every so often than a less-than-stunning game.

Beyond the gorgeous imagery, Sockventure has plenty to offer gameplay-wise. You’ll platform your way through various levels filled with fire, spikes, lasers, and disintegrating paths. As you progress, you learn new skills, like wall jumping and double-jumping. This helps with handling some of the trickier portions of the game. 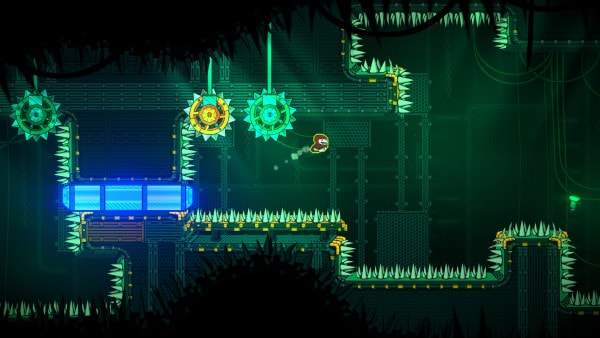 The whole game feels remarkably similar to something like Super Meat Boy, and even Cloudberry Kingdom in some places. You need to time your jumps perfectly to avoid being shredded by spikes, and as the levels progress, things get tougher.

Bizarre rooms filled with traps force you to use your problem-solving skills every step of the way. You need a decent amount of luck and skill here too.

The challenge of this game is what makes it so satisfying. It’s a title that you hate and love at the same time. Sure, it’s frustrating as hell when you die forty times in a row but every death makes the eventual victory so much sweeter.

The fact that this game comes with 50 hand-crafted levels is a treat on its own. It’s rare to see a developer offer so much variety in a free-to-play game. That’s particularly true with a prologue title, where companies are often just testing the basics.

Another bonus of Sockventure? There’s more to it than just platforming to get as far as possible. You have coins to collect as you struggle through the mazes. Plus, there are leaderboards available on a global and local scale. If you’re feeling a bit masochistic, you can test your skills against some of the world’s most hardcore platformers.

Sockventure also comes with a host of challenges to beat, for those who want to go beyond story mode. The many socks to collect means that the style of your character constantly changes.

On top of all that, if you hate yourself, you can always try the new Dark World. This gives you a variety of new locations to test your skills in. 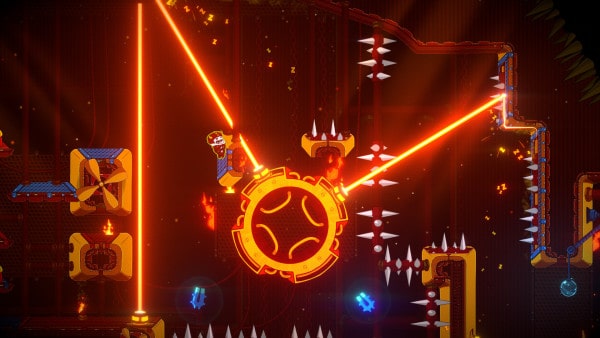 Though the playful premise and fun title might attract younger players to Sockventure, be wary. This really isn’t a game for someone who wants a casual way to waste fifteen minutes. You’re going to be pulling your hair out within a few minutes when you realize just how tough the platforms are.

Sockventure is an exercise in frustration and perseverance. However, if games like VVVVVV are your kind of jam, then you’re going to love this.

Put Your Patience to the Test

The description for Sockventure on Steam includes the suggestion “Have fun dying.” That fits pretty well in this context. You’re going to die in this title, and you’re going to do it a lot.

Going into each level knowing that you’re going to have to live through some trial and error is frustrating. However, what makes that issue worse is that this game is still in its early stages. That means that are a few buggy points to overcome.

There were times when I tried to dash upwards and I got a side dash instead. The controls on your keyboard don’t always feel super intuitive. For starters, they’re set to the arrow keys, not to WASD, unless you go into the settings and change that yourself.

There are also some areas where you might press all the right buttons to hold onto a ledge, and you still fall to your death. 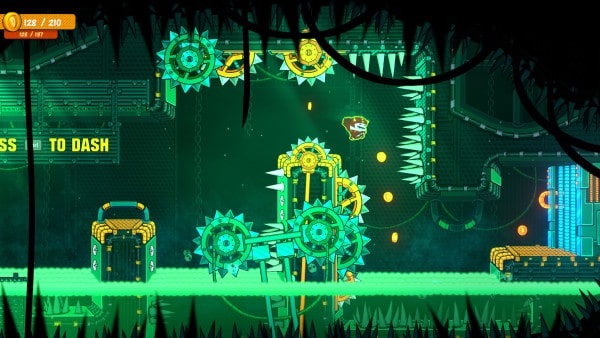 I did find that switching to using an Xbox controller with my PC made the whole process feel a lot easier. However, this probably shouldn’t be a necessity for a steam game. Another issue is that you can’t see the entire level straight away. You have to rush in and die a few times to figure out a strategy.

That might be a critical component of the gameplay here. However, it does mean that the game starts to feel a little exhausting after a few levels.

There are so many progressive components to work through that you don’t get any time to stop and think. Having the occasional moment to figure out your next step would be helpful. However, if NightHouse Games wanted to make a game that was as painful as possible, I can see why they wouldn’t provide that break.

I’m still a bit divided on this game.

Part of me hates it for the sheer frustration that getting through each level causes. However, another part – the glutton for punishment – can’t get enough.

There’s something oddly satisfying about a game that pushes you to improve your skills through a constant onslaught of punishment. That’s why titles like Dark Souls, Super Meat Boy, and Cuphead are so popular. 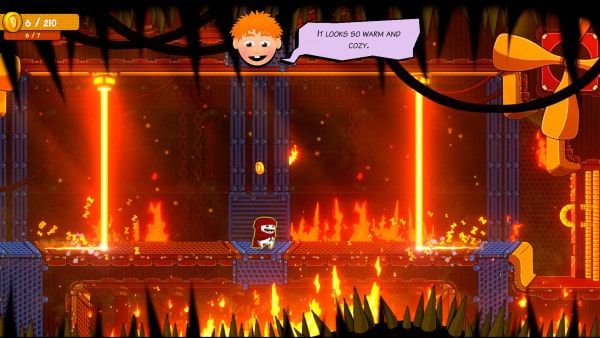 Sockventure isn’t quite as advanced as those alternatives. However, it is a fun and attractive game, with a hard-as-nails challenge component. The coins you need to collect give you a hint for which path to take, and each level is a new experience.

If you’re keen to get your hands on a stunning but stressful platformer, this is the game for you.

Alternatively, you can try something a little more relaxing, like Animal Crossing.