Ever since developers discovered how popular titles like Fortnite and PUBG could be, the concept of the one-against many-shooter is bigger than ever.

Although I’m not a fan of games like Fortnite, I’ve done enough server-based gaming to see the appeal. My original introduction to Battle Royale started with online games in the Day Z mod on Arma 2. Things have come a pretty long way since then.

Ring of Elysium is one of the many titles trying to take advantage of the new demand for Battle Royale gaming. The experience launched in early access last year, though the team has made a few changes since then.

This free-to-play game sets itself apart from similar options with a seasonal approach to gameplay. There’s also the appeal of highly realistic and detailed graphics, beautiful helicopter escape routes, and countless abilities to discover. 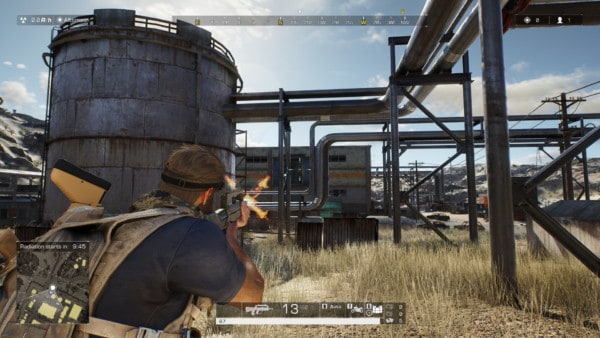 Let’s take a closer look, shall we?

As mentioned above, Ring of Elysium is a Battle Royale game to choose between third and first-person combat. To set itself apart from the countless other (very similar) options on Steam today, RoE has a few tricks up its sleeve starting with a unique selection of playable classes.

Your character experience is heavily based on the kind of vehicle you choose. These include BMX bikes, motorbikes, gliders, and people who get around using grappling hooks for a Just Cause style gameplay. Each option offers a new way to play, meaning you can switch things up from one battle to the next. 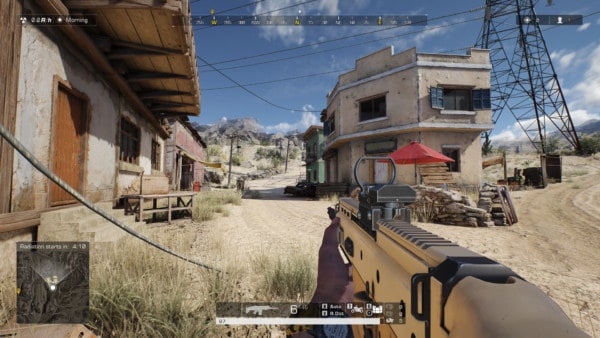 After you select your class, you get to pick your starting point on one of the many stunning maps that RoE has to offer. The developers frequently release new maps. We started with Mt Dione (an icy terrain) and Europa Island. At the time of writing, the game also has the desert map Vera too.

There’s no sudden drop into a field alongside countless other players with this game. Everyone starts with their boots on the earth, so you can immediately begin exploring buildings for resources. You get one starting weapon, but there’s plenty of loot to pick up too.

The gear you’ll have to explore in RoE is plentiful, which means that it’s very easy to equip yourself with a huge arsenal of weapons, including grenades and other handy items. You can also pick up armor to protect yourself from other players.

While the ease of finding loot will be an appealing thing for some players, it also removes some of the challenge associated with this kind of gameplay. You feel as though you’re at full strength and ready to brawl within seconds. On the plus side, this also means that you’re less likely to die instantly in a round just because someone found a weapon faster than you.

One of the most appealing things about Ring of Elysium has to be the stunning graphics. Clearly, the Aurora Studio and THC Scarlet Limited teams wanted to deliver something seriously gorgeous here.  Whichever map you explore, you’re sure to find miles of atmospheric wilderness and buildings to explore. Sometimes, however, there’s a sense at times that the game might be giving you too much detail. 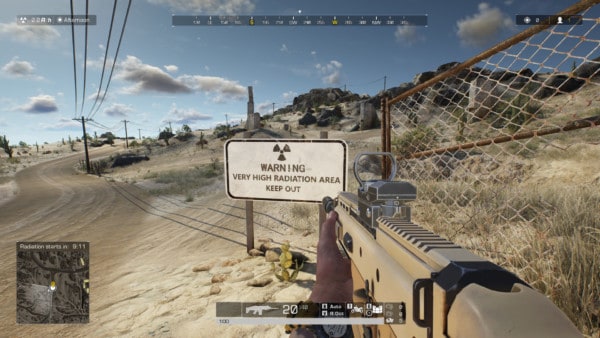 If you don’t have the fastest processor or the best internet connection, there will be moments when the items inside a building load into view before the actual structure does. That’s a common problem with some of the more fast-paced game modes.

The developers also wanted to build a very changeable landscape, which means that you can have a different experience of the game depending on the weather. You will have battles where you need to handle sheets of rain and storms while you’re fighting your foes. Crackling lighting and fog add an extra layer of challenge into the mix more often than you’d expect.

On top of this, there are also various particle effects in play. You’ve got leaves blowing in the wind, and pieces of dust and debris everywhere. When you combine that with things loading in the background, it can be easy to miss important details, such as another player lurking somewhere.

While the overwhelming graphics won’t be a problem for everyone, they may present an issue for people who haven’t invested much into their gaming rig. 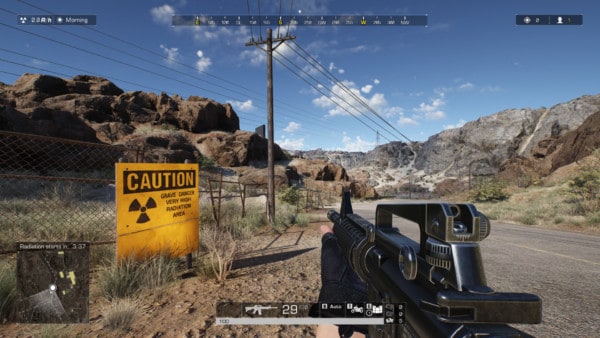 On the plus side, if you can get beyond the glitches, there’s a lot of interesting gameplay to discover in Ring of Elysium. Characters come with various tactical abilities to unlock, including holographic decoys, bio-signal detectors, and stealth cloaks. You can even modify your vehicle with kits that you find lying around or build a drone that you send on a recon mission.

A Detailed Take on an Over-done Game Mode

There are plenty of different ways to play this massive multiplayer game. The more time you spend with the title, the more you’ll discover new game modes introduced by the developer to spice things up. However, even the standard Battle Royale mode has a lot to offer in its own right.

While the stunning graphics can be a bit much in places, they make for a very immersive environment. You get deep into the quest to survive a high-octane 60-minute experience. Rather than just trying to kill everyone else on the map, you always have a task in mind—to get to the helicopter and escape your post-apocalyptic landscape.

I quite liked the way that the developers brought a need for strategy into this game, rather than just throwing a bunch of guns at players and asking them to go wild. You can get through the game without going on a killing spree if you prefer the stealth approach. Plus, there’s always the option to upgrade your gameplay with paid elements too, such as season passes. 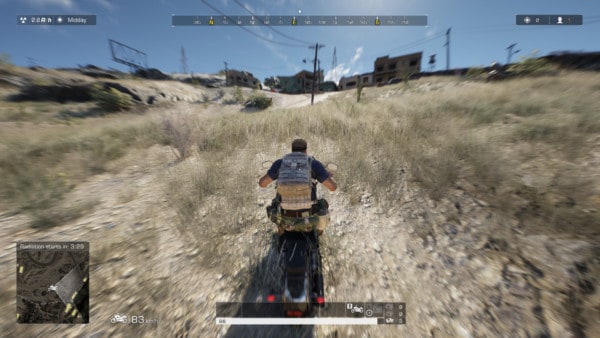 Fortunately, you don’t have to pay to play. The game is still pretty complete on its own as a free-to-play solution, so the only time you need to put your hand in your wallet is when you really want to.

For me, this is a nice example of a highly polished Battle Royale game, capable of showing other developers what’s possible with a little dedication. However, there are limitations too. There are glitches in places, as well as some slightly repetitive season experiences. More importantly, it seems that the developers don’t always listen to their community as much they should.

Still, it’s hard to complain when you get a game this well-made for free.