As beautiful and immersive as Monster Hunter: World can be, it eventually becomes all about numbers. You need to get the best weapons and gear if you want to see your stats continue to rise.

Eventually, you’ll hit a point where the best weapons come from the arena. Unfortunately, many players ignore the arena because they don’t know what weapons are actually worth their time.

With our guide, though, you’ll know which arena weapons will completely change how you play!

How to Get These Weapons 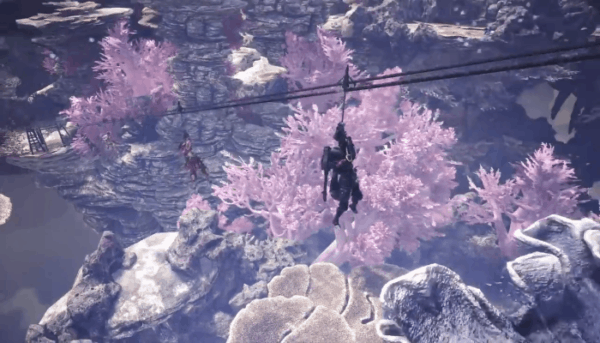 Many players talk about arena weapons, but how do you actually get them? Simple: you need to accept certain quests in the Quest Counter’s Gathering Hub. There, you can select from different timed challenges and quests.

For an added challenge, you must complete these quests using a pre-determined set of armor. You can tilt the odds back in your favor by bringing up to one other player. Completing quests and challenges gives you rare coins you can use to help craft the best arena weapons.

Now that you know how it works, let’s dive into which weapons are best and why. 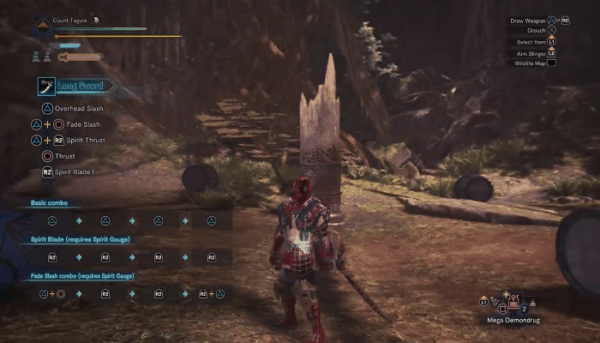 Divine Slasher is one of the most legendary weapons in the game. It offers any characters who wield it some serious advantages.

This is a longsword, and it’s basically the best non-elemental longsword you will find in the game. It sports 20 defense, one augment slot, 693 damage, and a healthy 150 dragon damage.

Like most arena weapons, it takes a lot of time to craft and upgrade your weapon until you have the Divine Slasher. But once you take it into combat, you’ll see that it was worth it!

If you like to channel your inner Cloud Strife (and who doesn’t?) then great swords are a “great” choice in this game. If you like to use great swords, then the Great Wyvern Jawblade is the best arena weapon for you.

This sword packs 960 damage, 20 defense, 330 blastblight damage. On top of these solid and versatile stats, this is arguably the coolest looking weapon. Who doesn’t want to wail on their enemies with a giant, jagged jawbone? 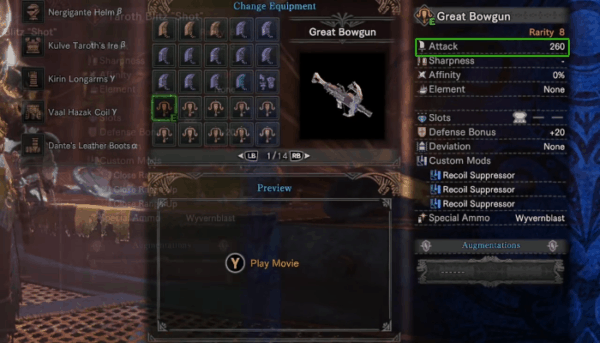 Not every awesome weapon in the game is a sword. If you loved ranged combat, then the Great Bowgun is the arena weapon you’ve been waiting for.

It boasts 260 damage and 20 defense as well as 3 custom mods. This all adds up to a very versatile bowgun that lets you use all of the different status ammo. You can then customize your weapon for specific kinds of fights.

Throw in the n0 deviation, and you have a weapon whose accuracy is off the charts!

The Best Monster Hunter World Arena Weapons and Beyond

Now you know what the best arena weapons in Monster Hunter World are, but there’s plenty more to learn.

Doing well in this game is all about finding the best builds. Before you play again, check out our guide to the best charge blade build!