Video games are great for a few reasons.

They’re a brilliant way to spend some time and take your mind off your issues. They’re also a fantastic source of relaxation. The right title acts as a gateway into a new world. With a good game, you get to escape the stress of everyday life for a little while.

What better way to get the much-needed break you’re looking for than to stroll through a magical forest in your spare time?

Kinoko is the first game created and published by ThunderLime studios.

According to both the developers and critical reviews, Kinoko is all about losing yourself in a beautiful and mystical environment. You join the quest of a forest spirit as he works on clearing away the damage of winter and bringing forward the new season of Spring. 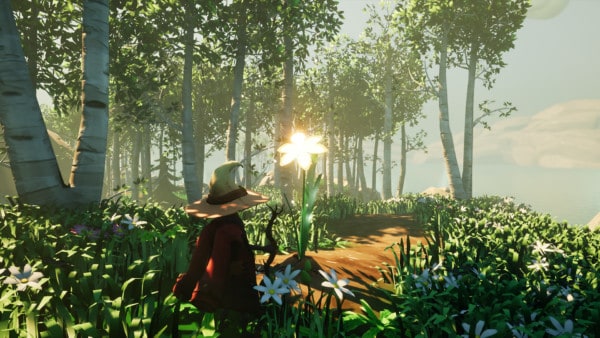 Lose Yourself in a New Realm

Kinoko is a completely free game by a team of student developers. The title provides an eye-catching respite from the issues of everyday life, allowing you to explore a magical forest as it begins to come back to life.

You start your journey as a forest spirit – a magical creature responsible for removing the last signs of winter from the world and getting the space ready for spring. You wander through a beautifully designed forest, shaking snow away from trees, breaking through blocks of ice, and planting flowers.

Though there’s not much of an actual challenge to this game, it’s extremely satisfying to watch areas of forest return to life as you clear away wintery remnants.

As soon as you’ve interacted with each winter element in a space, the environment comes to life with vibrant new grass, flowers, and birdsong.

Overall, the gameplay loop is pretty simple. You find all the snowy trees, track down fertile soil for planting, and get rid of excess cold before gradually moving to the next section of woodland. Since there’s only one button to press for every action, there’s nothing to learn here, and no skills to unlock. Performing every task is super straight forward.

There is a slight difficulty curve to consider because you’ll have larger areas to explore and more objects to discover in the last half of the game. However, the main focus of the title is to soak in the atmosphere. Everything about this game is peaceful. You explore a forest step by step, gradually watching the world change around you. 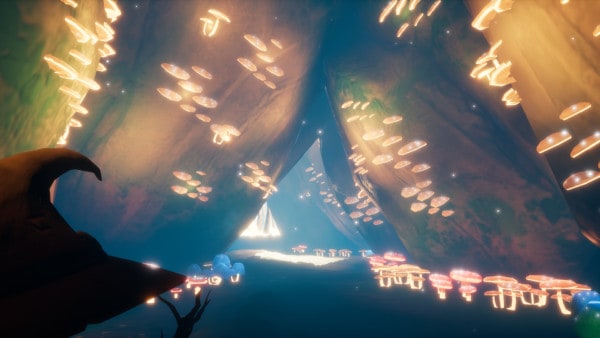 It’s easy to see how this eye-catching game won the Dare Academy award in 2018. It’s beautifully done, from the gentle soundtrack to the delightful birdsong.

An Adventure into Serenity

If games like Animal Crossing don’t fill your relaxation quota right now, Kinoko could be the answer. I loved the way the developers make the atmosphere so enjoyable here. When the seasons change, you can really sense the magic in the air.

Notably, I have seen better graphics on a free-to-play Steam game before. However, the soft colors and warm lighting means that every landscape feels engaging and welcoming. You’ll spend most of your time exploring the ice-covered woodlands or checking out unique structures that link each location together in a fantastic chain.

There are other forest helpers around to guide you as you play, which means that you learn as you go. Often, I find this to be a much better alternative than spending forever on a tutorial or instruction screen. The forest spirits communicate through pictures, so you don’t get any distraction from the tinkling piano tune that accompanies your journey. 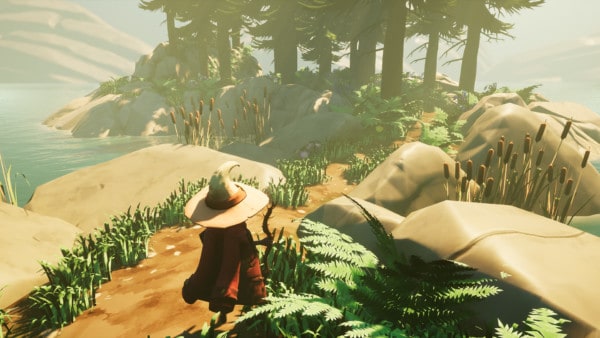 The biggest issue I had with this title was its description. I guess you could say that Kinoko is a puzzle game as you do need to complete tasks to move forward to the next stage. However, there’s no real discovery or skill required. You just do the same thing over and over again.

I might be more inclined to describe Kinoko as a very basic adventure game. However, that’s really all semantics. If you can get past the fact that you’re really just exploring a magical forest and not doing anything more productive this is a beautiful game.

Everything from the environment to the character design and soundtrack is wonderfully eye-catching. There are a couple of glitches that the developers still need to sort out, such as errors that happen after you speak to certain NPCs, and sudden glitches with the frame rate.

Still, problems in the early stages of a free to play game release are pretty common. In this case, only a handful of players haven’t been able to continue the game because of errors. This might have something to do with computer speed but I didn’t encounter too many major problems myself.

Could It Be Better? Probably

I liked Kinoko more than I thought I would.

Usually, I’m the kind of person who likes a bit more challenge to my games. I would have liked the game to make it a bit tougher to reach trees that I needed to shake free of frost. Alternatively, having to find the seeds before I could plant them would have been a nice touch.

However, it’s clear that a challenge isn’t what the developers were going for here. The heart and soul of this game is in the atmosphere, and the unique feeling it creates for players. Anything more challenging would probably require an overhaul of controls and mechanics too. 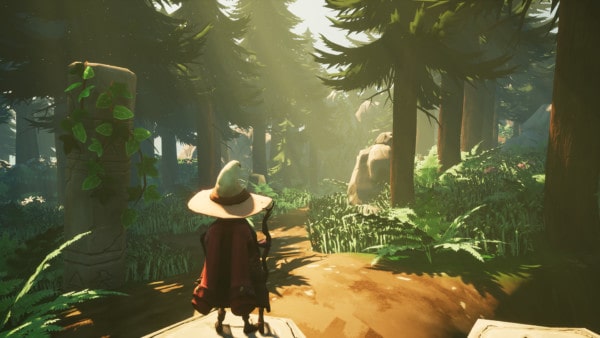 If you like your walking simulators to have a bit more bite, then Kinoko might not be the game for you. The title is extremely simple, basic, and relaxing—focusing on exploration and charming visuals to take you through one level at a time.

However, if you’re really in need of a way to relax, unwind, and just take your mind off everything for a while, Kinoko has you covered.