From fast-paced squad battles to an intense chase-down for the crown, Hyper Scape thrives as a fierce battle royale game. The hype over Ubisoft’s version of the popular genre has dwindled a little. Regardless, you should try out Hyper Scape if you love high-intensity FPS games.

Like other multiplayer games, Hyper Scape has a casual mode where you can team up with a duo or a squad to play Crown Rush. However, in the Season Two update, Ubisoft came up with a new Hyper Scape ranking system for gamers to fight and earn ranked points.

Thus, if you’re a newcomer or a seasoned online gaming player, we will dive deep to explain the Hyper Scape ranking system to see how you match up against other players!

Hyper Scape Ranked System | How Does it Work? 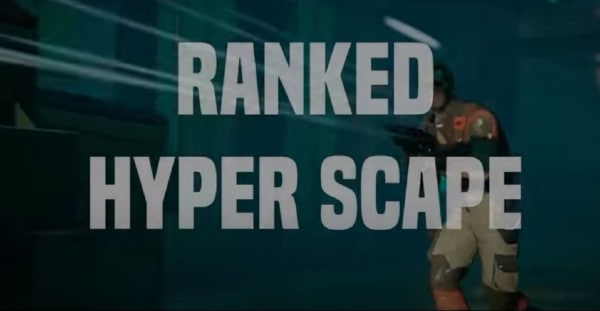 For now, the Hyper Scape ranking system is playable in duos and squads. Consequently, if you are playing solos, you won’t be gaining points to improve your rank. Not to forget, after every match, players earn medals depending on their performance in-game.

Moreover, if you eliminate multiple opponents and get a good placement, Hyper Scape will give you higher-ranked medals. Once you collect ten medals, it’ll take the average score to provide you with an overall rank.

If you continue playing, your score will increase along with your rank! As of now, you can’t de-rank in Hyper Scape, so don’t be afraid of losing your points, and feel free to get involved in nerve-wracking fights. The Hyper Scape rank system rewards your pop-off games by showering you with rank points.

Above that, your top ten games will be placed as medals in your profile to fondly reminisce the time you annihilated everyone on the server.

Bonus Read: Can you play Rogue Company with your friends despite being on different gaming platforms? Read this article talking about cross-play in Rogue company to find out!

How to Play Ranked Alone in Hyper Scape

Can’t find friends to play Hyper Scape? Luckily, you don’t need them to queue into ranked!

However, Ubisoft hasn’t added a ranking system in the solo queue. Therefore, you have to queue in duos or squads to play competitive games.

If you are queuing alone, you’ll have to play with random teammates. In short, work with them and win matches!

However, if playing with random people in-game is not your cup of tea, you can disable the ‘fill teammates’ option in the main menu.

That way, the game won’t give you teammates, and you’re free to do whatever you want. Just remember, you are entirely alone and will be facing squads most of the time. But there’s no better feeling than winning a 1v3 for the highlight clip, so why not get your fingers moving.

How to Play Ranked with Your Friends in Hyper Scape

If your friends are on the console, you can add them to your friends’ list using Uplay. Remember, a maximum of three players can be in a squad.

Now that you’re ready to play with your gaming gang, hop in and start winning more games while growing your gaming community!

List of Hyper Scape Ranks and Points Required to Acquire Them

In Hyper Scape, the better you perform in the game, the higher the rank you’ll get.

Simple, right? Now let’s get into detail about the ranks in Hyper Scape.

The ranks range from Bronze, Silver, Gold, Platinum, Diamond, and finally Champion. It is mainly based on your top 10 medals, average kills, and placements you get while playing Crown Rush.

The top ten medals are the statistically best games you’ve played in this season. They are determined by the number of kills and damage you did to your enemies. Further on, your placement in the game also plays a vital role in deciding which medal you’ll get.

Note: Your top ten medals will play a huge role in your rank placement.

Additionally, each rank is divided into five divisions to create more distinction among the players. Below is the list of how many points you need to get a specific rank in Hyper Scape:

In other words, and if reading numbers isn’t your thing, there are thirty different ranks for you and your squad to climb.

Have you got the skills to reach Champion in Hyper Scape? The only way to figure that is by playing ranked!

How to Win More Games and Rank Up in Hyper Scape 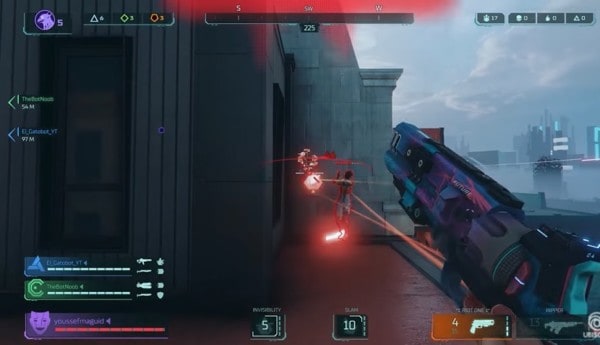 In Hyper Scape, the only game mode you can play to rank up is Crown Rush. In this mode, sixty players enter the server intending to be the last squad standing. Therefore, the question arises, what should you do to ensure you’re the one who wins and ranks up?

In games like Hyper Scape, you need to take the high ground and focus on people in the open. It gives you an advantage, and the opponents below you are an easy target. Even better, the opponents will struggle to spot and aim at you from a lower platform.

There are a variety of abilities called hacks that you can use in-game. Use these hacks to get that edge over your enemies. What’s best, hacks like slams and shockwaves help to get on top of buildings. Other hacks like invisibility and teleport will leave your opponents bamboozled! Use them to your advantage to improve your gameplay and conquer each mission.

Ubisoft focuses on individual performance in ranked. This includes kills, damage, and the number of wins you have on Crown Rush. To achieve this, keep getting into fights you’re confident of winning and go for those high-kill games!

In conclusion, assess the situation and use hacks in creative ways to win gunfights and matches. Play more Hyper Scape and learn to adapt to in-game situations that call for varied defense and attack perspectives. It’ll help you climb up to the rank you want to achieve!

How to Track Your Rank Progress in Hyper Scape

Hyper Scape is tracking your rank progress in the game. To see it for yourself, check your player profile. It gives you information about your current rank and the number of points required to rank up.

Get your rank points by playing more games. Additionally, you will earn more points depending on how many kills you average in your matches. All of these stats also flash in your player profile. Check it out to see how good you’re doing in Hyper Scape!

Hyper Scape makes sure you gain points based on the amount of damage done for players dealing in plenty of damage but seeming to land the final shot. Overall, high kill games where you emerge as the victor give you at least a thousand points.

On the other hand, there is no punishment for losing. In other words, if you die early, you can move on to another game without having any negative impact on your rank.

Don’t be concerned about any rank reset in Hyper Scape if you need a break from the game. Your rank will remain the same, and it won’t change until the brand-new season drops.

Does a New Hyper Scape Season Affect your Rank?

Ubisoft will bring out brand-new updates every three months, revitalizing Hyper Scape each season! Gameplay changes, additional maps, and a brand-new battle pass are added to the game every season. A new season also means fresh beginnings for your ranked games.

The Hyper Scape Ranked system will go through a complete reset, which means you have to play the game (with fresh updates) to get your new seasonal rank! The reset takes place to see whether you can adapt and still thrive, despite the changes in-game.

Note: Presently, Hyper Scape is currently in Season 3. The release day for the new Hyper Scape season is still unknown.

Bonus Read: Feel like your teammates are actual bots? If they are, here’s an in-depth guide on how to remove them in CS: GO!

Hyper Scape Ranked System isn’t perfect by any means. In fact, many players have sent their complaints to Ubisoft regarding their ranked system. To be more specific, the issues related to matchmaking newbies and seasoned gamers in competitive ranked mode.

Hyper Scape ranked system does not feature Skill-based Matchmaking or SBMM. In short, there isn’t any matchmaking system where you will face similarly skilled players.

For instance, a champion-ranked player can be the same ranked game as a bronze player. This makes it unfair for players who are new to the game. It creates scenarios where good players can easily stomp through, making such online games less entertaining to play.

There isn’t a leaderboard system either, so once you reach Champion, there isn’t any incentive to play ranked until the following season. This demotivates players at the top to continue playing the game.

However, Ubisoft is acknowledging the feedback given by the players to make ranked more competitive. Although no changes to ranked have been announced yet, there is a possibility of a revamped Hyper Scape ranked system to come.

That’s all we have on the Hyper Scape ranked system right now. We have gone through everything that Ubisoft has updated regarding the rank system.

Practicing and playing the game is the only option for those wondering how to get better at Hyper Scape. Incorporate the tips and tricks shown in the guide and move closer to your ranked goals!

Now that you know the ins and outs of the Hyper Scape ranked, get involved and decipher how you match up against opponents in Neo Arcadia.

Bonus Read: Want to be on top of the competition in Worlds Edge? Scroll across this in-depth guide on how to get better at Apex Legends!