Hearts of Iron IV is a game all about balance. In order to win, whether against the AI or human opponents, you must learn to balance your assaults between different kinds of attacks.

The biggest example of this is the airdrop. Even if you are a master of ground combat, your global plans mean you’ll need to master dropping forces into other countries. And that means mastering how to use paratroopers.

Wondering how to use paratroopers in HOI4? Keep reading to discover our comprehensive guide!

All About the Paradrop 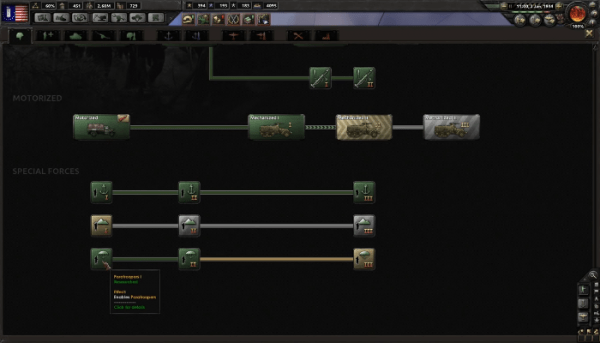 One of the HOI terms you’ll hear quite a bit is “paradrop.” This refers, of course, to you dropping your paratroopers into enemy territory.

Keep in mind that not every force can be used as a paradrop force. For example, line battalions are unable to land via transport planes. Pay attention to your division designer display to determine if the division can be used as paratroopers.

As with many elements in Hearts of Iron IV, paradrops are easy to do but difficult to master. With our guide, you will learn everything from the basics all the way to more advanced paradrop combat techniques. 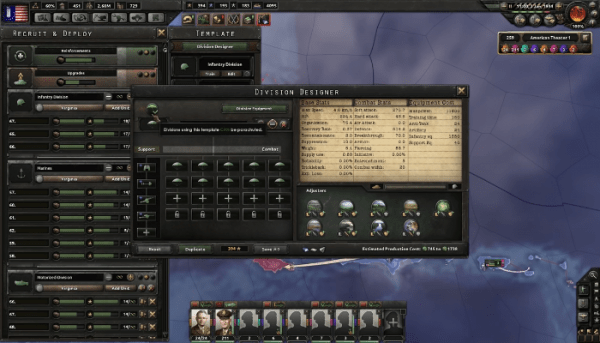 You can’t just drop into any territory at any time. Instead, you are going to need to control at least 70% of the airzones between your original airfield to your intended drop location.

Mechanically, the paradrop is quite simple. Once you control those airzones, you are simply moving troops via transport plane from one location to another. But if you aren’t careful about exactly where you land those paratroopers and what orders you give them, then they might be jumping to their doom. 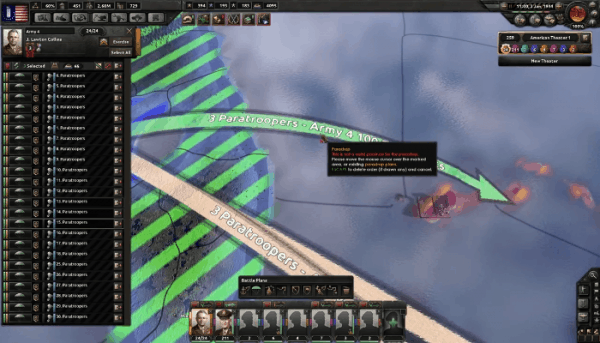 Earlier, we mentioned how you need to control at least 70% of the airzones between your airfield and the drop location. How do you do this, exactly? It all comes down to air superiority.
The best way to achieve air superiority is to use your aerial fighters. By directing them to the right region, you can establish air superiority and make the skies safe for your transports.

While planes are the best way to establish air superiority, you can use closer air support as well as non-naval bombing to clear the area. It’s just a matter of making the most out of whatever forces you have in the area. 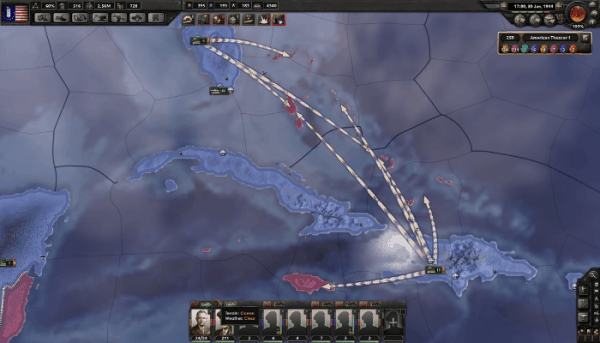 Remember all those times you told the teacher you were never going to use math? Unfortunately, using transport planes correctly is all about doing some quick mathematics on the fly.

The math on this is fairly simple. If you want to focus entirely on paratrooper battalions, each transport plane can carry four battalions. Otherwise, you can transport any combination of battalions and support troops you want (though we recommend packing at least three battalions per transport).

Whatever you do, make sure you don’t try to transport more people than your planes can carry. This will cause the planes to make multiple trips, disrupting your strategy and putting your forces at greater risk. 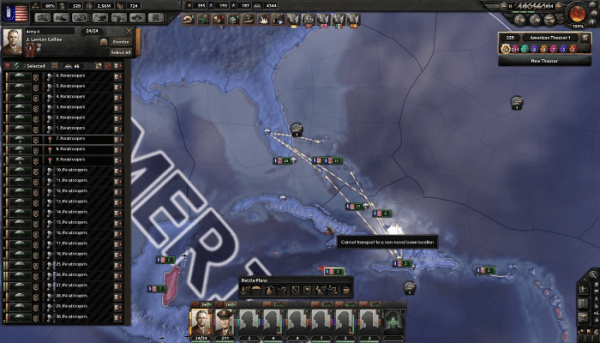 By now, you know how to load your transport planes with troops and begin a paradrop. That brings up an obvious question: where, exactly, should your troops land? This is one of the gameplay mechanics that closely mirrors actual wartime tactics.

When you land paratroopers, you’ll quickly notice they are low on supplies. In order to give them a fighting chance, you need to help them locate supplies as soon as possible. Because of that, you’ll need to land close to a supply source and capture it as soon as possible.

If you have the Waking the Tiger DLC, you can also establish an air supply system for your troops on the ground. This helps them carry on their fight for longer periods, even if you haven’t otherwise captured any supplies on the ground. 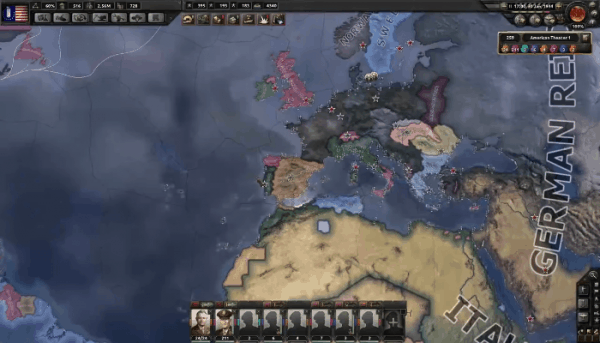 For example, you can place your forces on the border of a country you intend to attack. The enemy will respond by sending their forces to the border to oppose your troops. At that point, you can drop paratroopers into key areas and seize victory while the enemy ground forces are otherwise occupied.

As with any other strategy, you’ll need to conduct some “trial and error” exercises to find what works best for your particular play style. 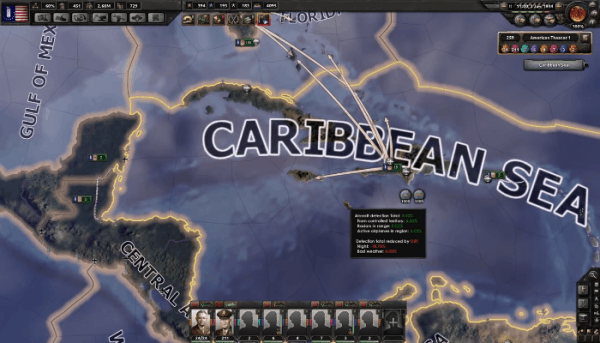 Once you have a good handle on paratroopers and paradrops, you may want to try a more advanced strategy. One of the most advanced strategies involves selectively dropping your forces into different provinces.

Instead of dropping everyone into one province, try dropping one battalion per province you wish to attack. This lets you very quickly grab unprotected areas from the enemy. 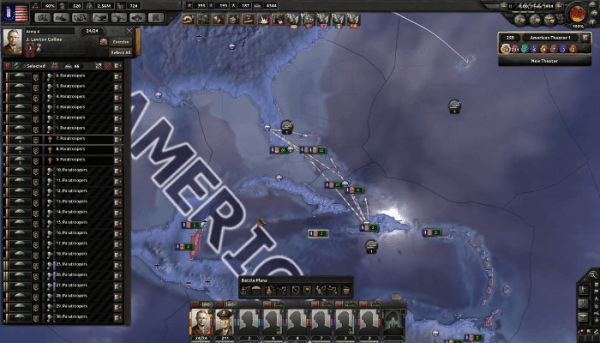 As a player, your biggest enemy is always the computer. Not just the A.I. of enemy troops; you must be wary against occasional gameplay glitches as well!

Sometimes, you may encounter problems dropping into an area even if you have air superiority. This can occur when you are trying to land in a province whose central node is actually outside your transport plane range. If you try to land in such a province, you will be unable to complete the paradrop because the whole process is stuck in an infinite delay.

Fortunately, this has an easy fix. Just click on the paradrop order on your Air Map, left-click the order’s circle icon, and then right-click to reassign the order. So long as the new central node is within range, you will be able to complete the drop as ordered.

How to Use Paratroopers in HOI4: What’s Next?

Now you know how to use paratroopers in HOI4. But what if you’d rather lead an attack by sea?

In that case, you need to know how to launch a naval invasion. When you’re ready to rule the waves, check out our complete guide! 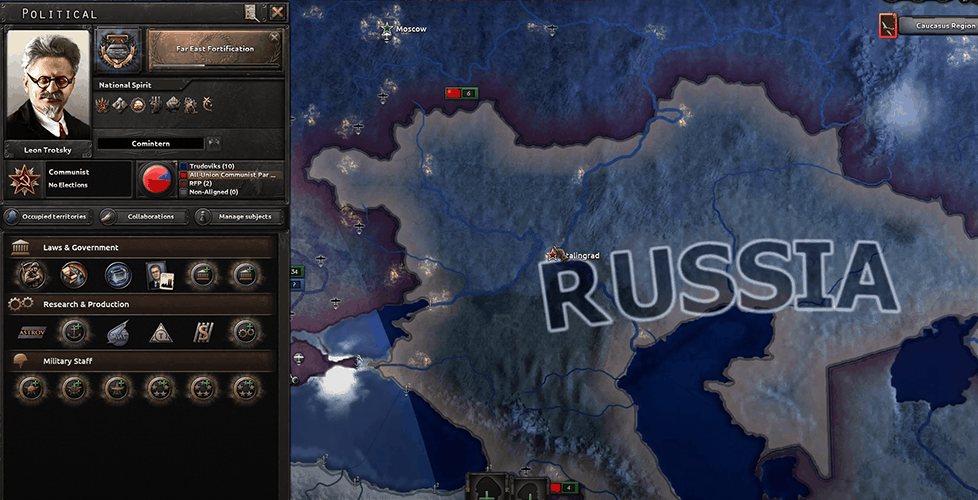 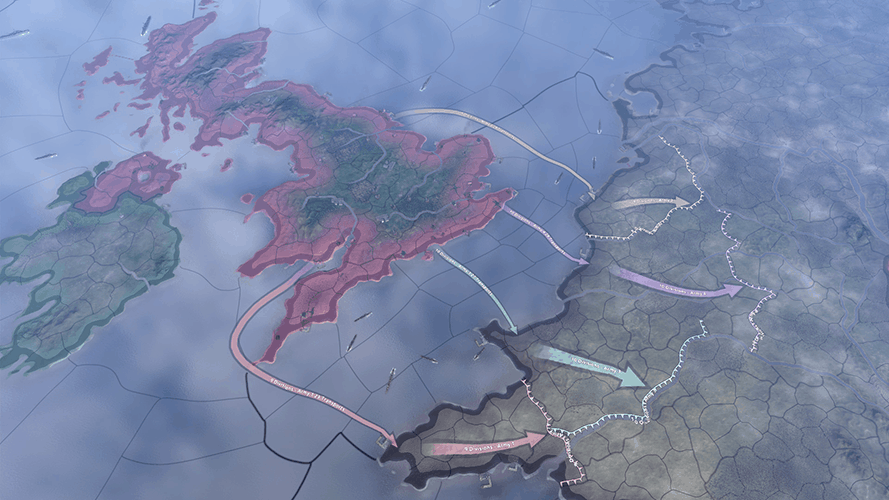 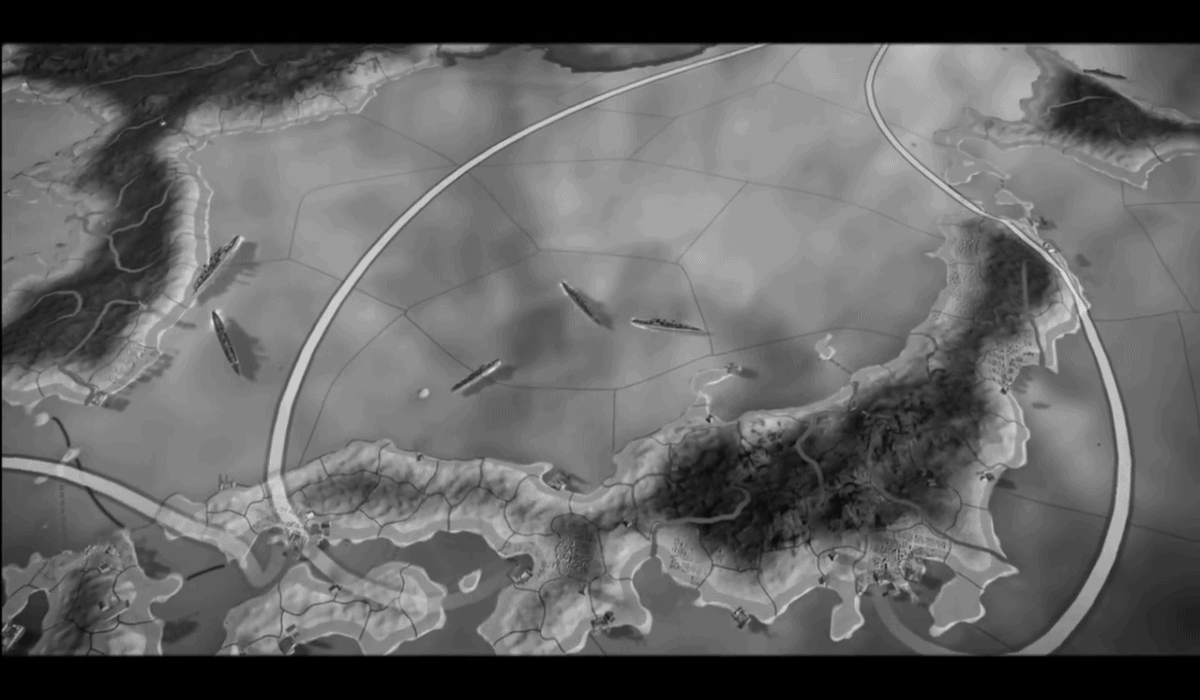 It’s no secret that games like Hearts of Iron IV attract history nerds. We love diving into a game that lets us take real...

HOI4: How to Leave a Faction

Hearts of Iron IV is one of the best ways to recreate the drama and excitement of World War II. Just like the actual...