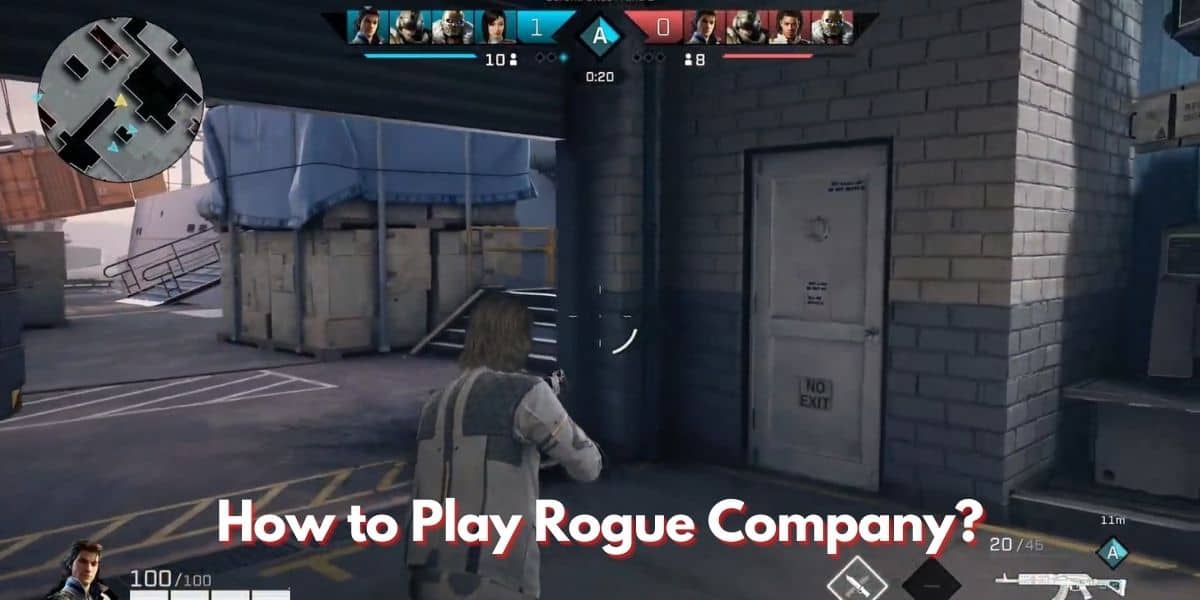 A 4v4 tactical shooter, Rogue Company has enthralled gamers with a plethora of rogue agents and weapons to unravel how they match up against other opponents. To win, players need to coordinate with their teammates to outplay their opponents.

However, if players are not in touch with the fundamentals of the tactical shooter, communicating with others proves to be quite pointless. Some in-game basics involve understanding the map, agents, movement mechanics, and many more.

Therefore, this guide will teach beginners how to play Rogue Company and assist them with tips and tricks that’ll get them closer to dominating more games.

Newbies who haven’t played Rogue Company have to go through the tutorial to access game modes. Moreover, it’s a fantastic method of understanding the fundamentals better.

Those who desire to replay this section should navigate ‘tutorial’ at the bottom of the game mode sub-section. 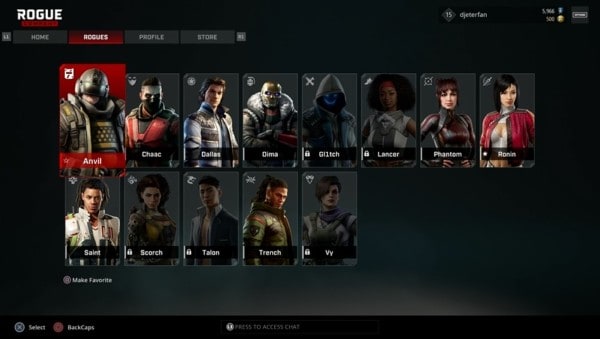 Before diving from the spaceship, players need to prepare themselves for a fight. The first step is selecting a rogue agent. These characters have distinctive abilities that help in augmenting gunplay. Using these agents to their full potential will enable players to garner more victories.

Beginners can check out these characters on the Rogue sub-section in the main menu. It’s recommended to see each character’s abilities to gain an idea of what you’ll be facing on the battlefield.

Unfortunately, most agents are inaccessible to beginners at the start of the game. Players can unlock these agents with reputation points which are obtained by playing Rogue Company. Those who can’t wait have the option to unlock characters through micro-transactions.

But agents are relatively balanced in the game. Therefore it isn’t compulsory to have specific agents in the inventory. The free-to-pick agents each complement different play styles, making each of them a splendid choice.

Bonus Read: There’s no better feeling than dominating and becoming an Apex Champion. Learn to play like a pro by scrolling through this guide on becoming better at Apex Legends.

Picking out a Weapon Loadout 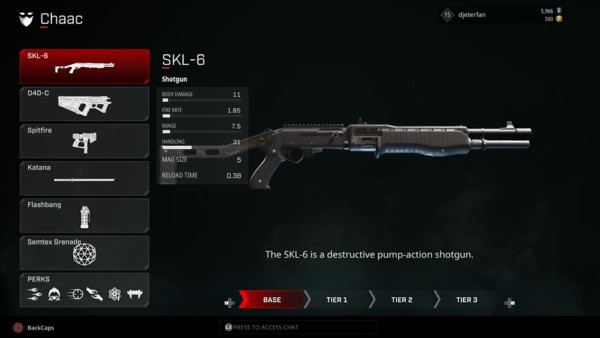 One unique feature of Rogue Company is the course of action players take to choose their weapons. The loadouts in the game are character-specific, meaning each agent has a unique weapon selection. In other words, distinct characters will have a unique loadout, each complementing their play styles.

Weapon loadout is something players have to keep in mind while selecting their agents. Each character can pick a primary and secondary gun. While primary guns include assault rifles, shotguns, machine guns, secondary guns are pistols bought during the first round.

Players preferring to be in close proximity should pick a character who has a shotgun in their loadout. Similarly, players who like to play from far and assist their teammates should take an agent who carries an assault or sniper rifle. 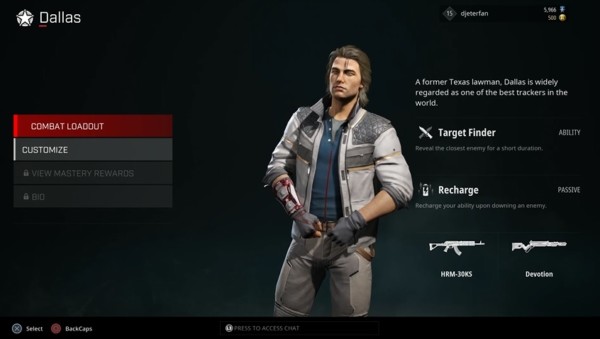 Beginners feel overwhelmed because of all the factors they have to look into before choosing an in-game agent. Therefore, we have hand-picked some characters that beginners can pick to start their journey in Rogue Company.

Rogue Company players who prefer to support their team from behind, Saint is the character to pick! He is the only agent with a scoped assault rifle and is best utilized on larger maps. Saint can bait his teammates, and they won’t complain because of his ability to revive his allies with a drone.

This means Saint can cover his downed teammates while reviving, which typically requires two people. All in all, Saint is a must-pick for those who like indulging in long-range gunfights and prefer playing reserved.

Ronin is an outstanding agent for players taking their first steps in Rogue Company. Her loadout consists of an assault rifle and sub-machine gun, useful for mid to close-range battles. The ability of ‘Explosive Knife’ functions like a sticky grenade. It’s best utilized to get opponents in the open, leaving them vulnerable from various angles.

Ronin’s passive ‘Underground’ renders her invisible from the enemy radar. This creates opportunities for the agent to flank opponents without them noticing. Find creative techniques to get sneaky with Ronin, as it might be the key to winning the round and the game.

Dallas’ ability ‘Target Finder’ gathers intel on an opponent’s position, essentially granting teammates a wall-hack. This is especially useful to put down tyrannical opponents causing havoc or to expose someone flanking the squad.

Additionally, the ability resets after Dallas eliminates someone, potentially creating a snowball effect of round wins. Combined with a decent assault rifle, Dallas creates effortless battles in favor of his teammates.

After picking their go-to agent, beginners can prepare themselves to obliterate their enemies in Rogue Company. But players need to choose a game mode in the main menu to play.

While encountering the main menu, players have to deliberate on which game mode they should play. The game modes vary from casual to competitive, with deathmatch and objective-based rules. The choice depends on how players desire to play Rogue Company.

To explain clearly, here’s a breakdown of every game mode available in Rogue Company.

Demolition is the primary and most competitive mode in Rogue Company. Sharing similarities with Valorant and CSGO, the game divides the teams into attackers and defenders. The main objective of the attackers is to plant the bomb on one or two sides of the map. Once planted, players need to protect the bomb until it explodes to win the round.

On the other hand, defenders protect these bomb sites from attackers. In post-plant, players can win by defusing the bomb. Also, Either side can win by eliminating the squad pre-plant.

The team switches sides after five rounds, also giving players an option to change their agents. Keep in mind, Rogue Company declares the first squad to win six games as the victor.

One of the casual game modes to warm up, players have twelve lives in Strikeout. To win, players must take control points and eliminate others to reduce the opponent’s lives. These control points rotate every single round, and holding it down for thirty seconds will eliminate a life out of an enemy.

Every round lasts around five minutes, and each player starts with 12,000 cash. The first team to gather victories in three rounds is declared the overall winner.

The only game mode that isn’t a 4v4 in Rogue Company, Team Deathmatch tests a players’ aim mechanics against a team of six. The goal of team deathmatch is to become the first team to collect 65 eliminations. Every elimination in this game mode leads to a cash drop, and teams should scramble for money to gain better weapons over the opponents.

These game modes in Rogue Company are permanently active. In other words, Hi-Rez Studios will come up with more limited-time modes to play later in the future.

Other than raw aim, players can differentiate themselves from the competition with their movement in Rogue Company. These are some features gamers can master to make themselves the best in maneuvering in-game.

Rolling is a crucial mechanic to master for improving gameplay. Characters can roll themselves in any direction to reach short-range distances quicker. Players can throw off their opponent’s aim by rolling sideways, opening an opportunity for a quick counter.

Moreover, it’s a brilliant way to get into cover when the agent is open to gunfire. Players can only access some areas by rolling, so be on the lookout for such options.

However, avoid rolling forward or backward in Rogue Company unless players want to reach a particular spot for better cover. Players can’t utilize their weapons while rolling. Therefore, rolling forward will jeopardize agents during a gunfight and make them an easier target to shoot at.

Crouching is a valuable mechanic in shooter games like Rogue Company. There are certain areas in-game to use for cover with the help of crouching. It reduces the character’s movement drastically and should be utilized only in certain situations.

Crouch spamming is a popular method to win close-range gunfights in the game. This makes it difficult for opponents to aim correctly because a player is constantly in motion. Hi-Rez Studios patched spam crouching recently, but it can be used by the following method.

To crouch spam, players should switch their crouch to toggle instead of hold in settings. While it is still valid, we don’t recommend using it in every gunfight, as players will standstill during the action.

Practice crouch spam to master it and learn which situations this technique can be used to its maximum potential.

Rogue Company is a third-person shooter, similar to games like PUBG. Therefore, it’s essential to make the best use out of the view in-game. The mechanic of switching shoulder view in-game will help to use third-person perspective to their best potential.

Swapping shoulders assists players in shooting an opponent in a particular direction. It’s best to take advantage of this function behind a wall or an object. In third-person shooters, players in-cover can see enemies in front of them.

Additionally, the enemies don’t have any vision of the character unless they are close. This creates opportunities to do additional damage. Players can even pre-fire while peeking at the angle for some easy eliminations.

These mechanics have a delightful combination of being entertaining to use and play but are hard to master. Learning when to use these maneuvering tricks will directly help players to win more gunfights.

Bonus Read: There’s no better way to spend GTA 5 money than adding more stylish and fast-paced cars to your GTA 5 collection. Check out the 9 best cars in GTA 5 to fulfill your wildest automobile cravings.

The game modes Demolition and Strikeout have an economic system to put to use before the round begins. Demolition begins with a budget where agents can purchase a pistol or some perks. On the contrary, Strikeout gives a larger budget to buy rifles, increasing the game’s pace.

There isn’t a massive gap in the economy when the squad loses or wins a round. The loss bonus starts at 6.5k, leading till 7.5k, similar to the winning economy in Rogue Company. Therefore, no one gains an economic advantage by winning, contrary to CSGO and Valorant.

The reasoning behind this is because loadout purchases are permanent throughout the match. In other words, players won’t lose their weapons or perks until half-time, where the whole economy resets.

Winning more rounds will allow more upgrades in the gadgets and weapons, which is why it matters. The economy system is less complicated and more casual than the aforementioned titles, adding a unique charm to playing Rogue Company competitively.

Perks are purchasable in the store before each round. Every character has six different perks, each one of them is upgradable once unlocked.

Use perks that match your play style. It gives solutions to problems players face in battle. These are the perks that Rouge agents use:

Using these and the other available perks can benefit players to help them snowball more rounds in Rogue Company.

This covers the basics required for how to play Rogue Company. Hi-Rez Studios has attempted to produce a shooter game that faces competition from various massive companies. Remember, the gunplay is entertaining to play and hard to master.

Another benefit of the game is the cross-play feature, meaning gamers can join forces with friends from different platforms. Now dive into the maps Rogue Company offers and destroy other enemies with these tips and tricks!

Bonus Read: Have the desire to switch platforms but don’t want to lose your progress? Study this guide on how to cross-save progress in Rogue Company