Influence is an important concept in Stellaris. You need to spend influence to do things like build star outposts. But doing that will quickly deplete the influence you’ve stored up.

This causes many players to ask a simple question: “how do I get more influence in Stellaris?” Unfortunately, the answers to that simple question can get pretty complex.

That’s why we broke it all down for you in this comprehensive guide. Keep reading and start earning more influence today! 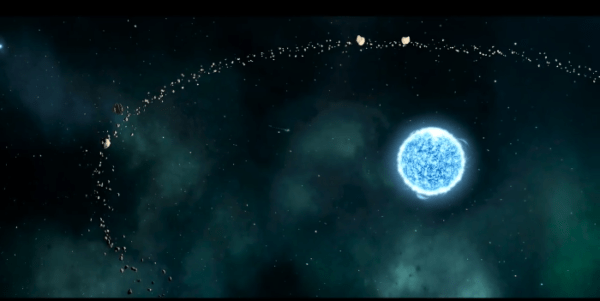 There are many ways to increase your influence at different stages of the game. What if you could get an influence boost from the very beginning?

To supplement your base production of three influence per month, you can choose certain ethics for an additional bonus. For example, the Autocracy and Fanatic ethics both grant a small bonus to monthly influence production that seriously adds up over time.

Certain Agendas can also increase your influence, but this often has a cost. For example, the Purity Ruler Agenda boosts influence production by a whopping +10%. But it increases the xenophobes in your empire and is unavailable if you are playing as Xenophiles or simply with a Democratic ruler.

In the 10th year on the game clock, you’ll have to deal with factions. This can be a bit of a headache, but it helps you generate more influence.

Factions automatically generate two influence per month, but this can be multiplied by their overall influence and approval of your empire. If you target the factions with the most influence and keep them very happy, you can maximize how much influence you get.

Egalitarian players get the most out of factions. That’s because they get a whopping +25% faction influence gain.

Want to play Stellaris more like an episode of Star Trek: The Next Generation? Not only is this entirely possible, but it leads to big influence bonuses as well.

For example, you often get reward choices after exploring anomalies. By taking the reward when it is offered, you can get an influence boost of anywhere from 50 to 200 points for scoping out the anomaly.

Perhaps the biggest single bonus you can get comes from working with pre-sapient species. If you uplift one of these species, it costs 3000 society research. It leads to a staggering 500 point influence boost.

If you’re playing like a Star Trek episode, you don’t have to play like Starfleet. In fact, you can be rewarded in Stellaris for playing more like the Klingons!

You get a .5 influence per month boost from declaring another empire your rival. And you can do this for up to three empires to gain a monthly influence boost of 1.5.

If you have a wargoal to humiliate one of your rivals, you can get +33% influence boost for 10 years if you win. If you lose, you suffer a -33% influence for the next decade.

How to Get More Influence in Stellaris: What Comes Next?

Now you know how to get more influence in Stellaris. But do you know what to do to win your game?

We put together a comprehensive guide to winning wars in Stellaris. Check it out and bring some honor to your house!