In Stellaris, that means expanding your borders. However, it’s not always clear how to expand borders in Stellaris. To make matters worse, this process has pretty dramatically changed since the game first came out, and now it can be as confusing as terraforming.

How, then, do you expand your borders and conquer the stars? With our complete guide, you can begin your interstellar (or should we say “interStellaris?”) conquest today!

The Importance Of Expanding Borders 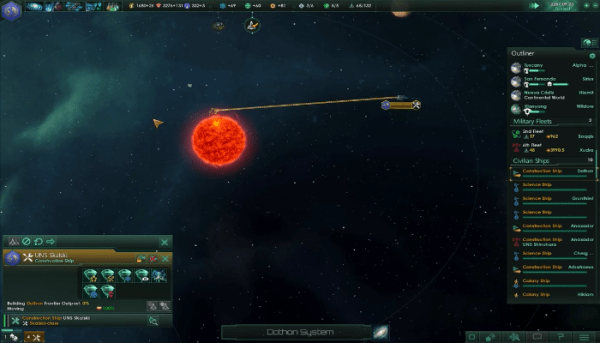 We’ve put together a solid guide for how to expand borders in Stellaris. If you haven’t played the game, or you’re just starting out, you may have a simple question: why is it important to expand these borders at all?

The borders of your empire basically define where you can develop your colonies. In some cases, you may want to expand a border strategically.

Let’s say there is a planet that you would like to colonize. However, you either can’t colonize it yet or you want to hold off for some reason. By expanding your borders to encompass this planet, it is now (relatively) safe within your borders and you can colonize at your leisure.

While there are different ways to play Stellaris, expanding the influence of your empire is the key to each strategy. You can’t expand your influence without expanding your borders.

Long story short? If you want to achieve even modest success in Stellaris, you must master how to expand your borders.

Keeping Up With Changes 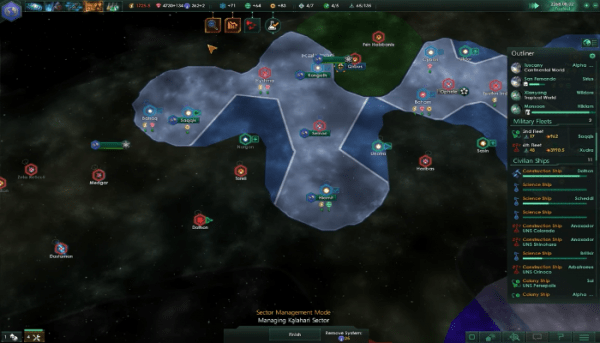 If you played Stellaris when it first came out, much of this guide may seem confusing to you. There is a reason for that. After a few updates, the entire border expansion process completely changed.

Originally, borders expanded on their own. That made it easier for you to concentrate on developing your armies and otherwise micromanaging your empire.

New and returning players often get stuck early on because borders do not expand on their own. Fortunately, it’s easy to get started expanding your empire across the stars.

Without further ado, here are some tried and true methods (and a few hit or miss methods). 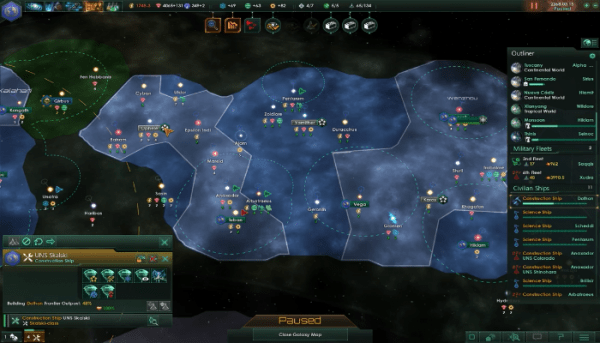 The most basic option to expand your borders is to build outposts. To do this, you must first select your construction ship. Then, you click on the system or the star (depending on your map view) and build an outpost.

As we said above, this effectively extends your border into this system. If there are any habitable planets within this system, you can begin to colonize them whenever you want (assuming that you have the correct resources).

Should you simply build as many outposts as possible? This depends greatly on your playing style. For example, some players prefer to go for strategic choke points to cut off other empires from expanding. At that point, the other empire won’t be traveling into your areas without a treaty or a declaration of war.

At the same time, skipping out on certain systems can cause loss of influence as a penalty. You must decide if the benefits of racing to choke points on the map outweigh the potential risks of losing that influence. 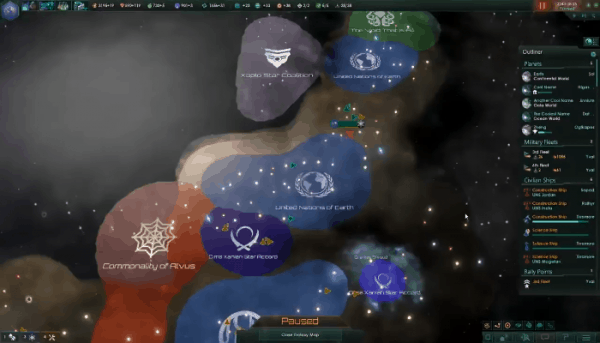 After you gain victory over a rival empire, you may be able to claim some of their territories. We say “some” because different empires may have different War Philosophy policies that dictate which systems can be claimed and which cannot. If that philosophy happens to be “Unrestricted Warfare,” you can claim any system so long as it doesn’t belong to a fellow member of the Federation.

Are you wanting to keep things nice and simple? In that case, just play a total war empire and keep whichever systems you conquer after merging fleets and achieving victory. Otherwise, you will need to use the claims management tab to keep track of which systems you are specifically annexing via war.

Other Options (That Are Largely Hit or Miss)

We’ve covered the two primary ways to expand your borders: building outposts and going to war. As hardcore players know, there are a few other options. Unfortunately, these are largely hit or miss.

For example, with the feudal perk and a vassal, you can later consume the vassal to expand your territory. This is less helpful than you might think because by the time you are cranking out vassals, your enemy will have expanded into the best areas via outposts. You are better off focusing on your own outposts and racing them to the prime real estate.

Similarly, there are a handful of upgrades you can select that may help you expand your borders. But “help” is the keyword here: such upgrades can only really enhance an existing strategy rather than serve as border expansion strategy on their own.

The Right Options At the Right Time 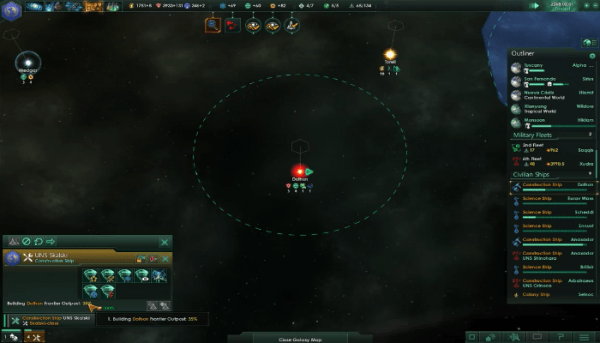 This may go without saying, but there is no wrong way to expand your borders in this game. There is simply whichever method is right for you at the time.

Some players may be wary of rushing into conflict with other empires. There is nothing wrong with focusing more on peaceful expansion, especially early in the game.

However, keep in mind that it costs far less influence to claim another empire’s system than to expand into a system on its own. Specifically, it costs about one third less influence. So if you are seriously budgeting your influence, there are times that expansion through war may be the better option than peaceful expansion.

How To Expand Borders In Stellaris: What’s Next?

Stellaris has changed a lot since it first came out. In fact, it’s safe to say it’s barely the same game now as when it originally launched.