With the big update to GTA Online coming out these days, many people are flocking back to the game. Some gamers are discovering it—and the story mode of GTA 5—for the first time.

Many missions require multi-tasking, however, and even a well-oiled gang may have issues. One such annoyance is sitting in the wrong spot in a vehicle. This often  means losing precious time and ultimately favors other teams or the AI.

Imagine this: you’re supposed to drive around the city and blow vans up on the way to the warehouse. You’re loaded with sticky bombs and have perfected your technique. Your friend, on the other hand, is a great driver and has spotted the perfect car for this. Yet for some reason, you end up behind the wheel and she’s in the passenger seat. Or worse, in the back!

Let’s see how to change seats in GTA 5 or GTA Online when these things happen.

Did You Get Everybody Off and On Again?

The bad news is that there is no command to change seats. This makes sense when you think that it should be a concerted effort, and no single player can order others what to do.

The most obvious way to change seats in GTA 5 is for everyone to exit the vehicle, and then get back inside in the correct order.

The first person entering a car will always be the driver. Even if you approach the vehicle from the other side, you will end up in the driver’s seat. Sometimes your character will use the nearest door and shift, or circle the car and enter from the right side.

Other players will take whichever seat is nearest. If it’s a four-door car, you may sit in the back if that’s closest. With a two-door car, you will automatically circle it to get to the right side. 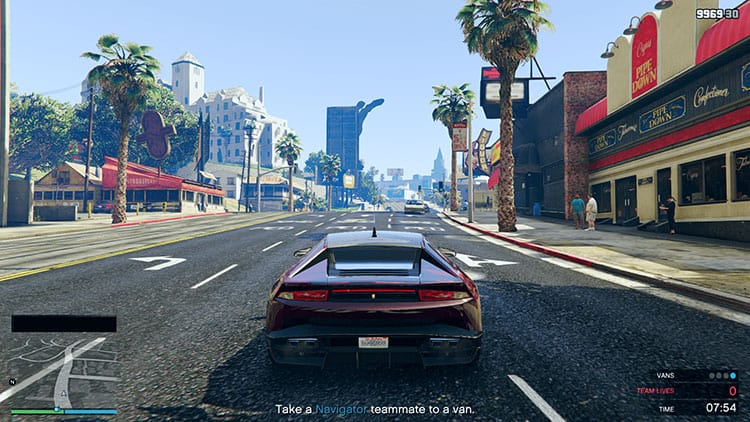 A few missions in GTA Online involve driving teammates around

Getting Behind the Wheel

There is one trick, however. If the driver leaves the car and someone else is in the passenger’s seat, that player will switch to the driver’s seat. This is particularly handy when the driver dies. Note that this does not work if you are in the back: in that case, you’ll remain in the back seat!

The same mechanics also apply to cars you steal or hijack. If you are the first to approach a car driven by an NPC (non-player character), you will automatically reach for the driver’s side and pull them out.

If it’s a parked vehicle and you approach it from the passenger’s side, your character may break that window, enter the car from that side and then shift to the driver’s seat. Jump-starting cars takes some time, so it’s best to steal them from the driver’s side, especially if the police are around!

Changing seats in GTA 5 and GTA Online can be frustrating at first, but over time it will become second nature to enter vehicles in the correct order! If you’re looking for something new to play, why not check out some of our game reviews?