You don’t need to be a huge fan of the Witcher games (or the series) to have heard of Gwent.

What started off as a side-game in one of the biggest and most comprehensive role-playing games of all time, is now a trending title on Steam, mobile, and more. 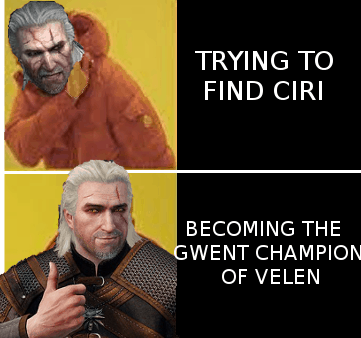 Honestly, I’ve never been a massive fan of digital card games. Give me a first-person shooter, or a massive action game like Skyrim any day.

However, as I searched for free-to-play games worth checking out this Summer, Gwent: The Witcher Card Game was something I just couldn’t ignore.

The Heart of the Cards: What is Gwent?

Gwent: The Witcher Card Game is a gambling game designed with a focus on strategy.

In The Witcher 3: Wild Hunt, you can play Gwent to make some extra cash in between monster-hunting quests. Apparently, the designers made this game to build on previous cash-making options like knife throwing and excessive drinking.

When Gwent started to earn its own popularity among the Witcher fanbase, CD Projekt decided to rake in the profits. Today, you can play Gwent online, on your phone, or on PS4 or Xbox One. 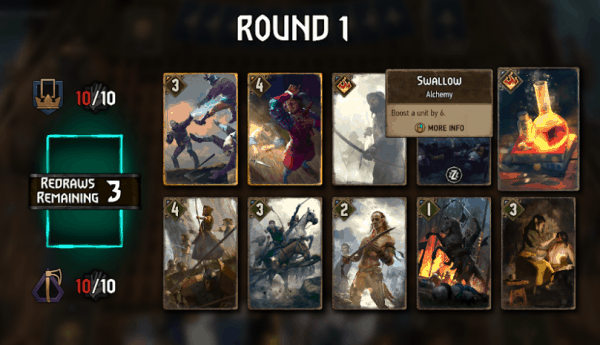 Today, I’ll be looking at the free to play Steam version.

If you haven’t played Gwent: The Witcher Card Game before, it’s a pretty interesting title.

Despite about three years of development, and a bunch of additions to the gameplay, Gwent has never lost its unique charm. If you were ever a fan of Hearthstone, but you always wanted something a bit faster paced, Gwent is for you. Additionally, this card game is a lot less pay to win than some of the card options out there. I’m talking about you, Pokémon trading card game.

How About a Round of Gwent?

Although it’s taken some time for Gwent to be available on virtually every gaming platform, it was worth the wait. It’s a great insight into the Witcher series, adding a lot of extra depth to the world you may have explored in the past.

If you’ve recently fallen in love with the Witcher show on Netflix (like me), then Gwent might satisfy some of your cravings for lore. After you’ve played through the Witcher games and read the books, Gwent delivers an extra side order of delicious Witcher goodness. 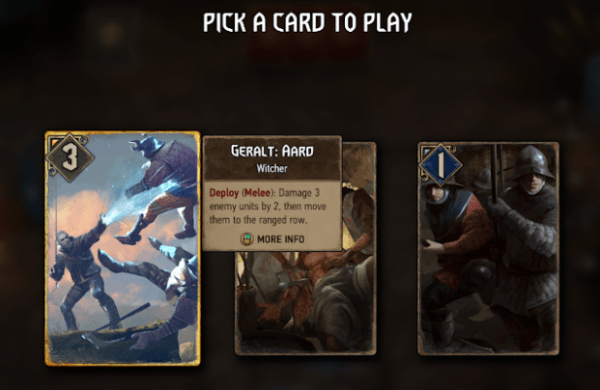 First, you choose from a selection of six factions. There used to be five, but the team recently added the Syndicate faction into the mix.

Choosing your faction allows you to build a deck from a group of cards. Those cards include characters, like Geralt, and handy tools, like spells. You can also pull cards from a neutral pile. This collection doesn’t belong to a specific faction.

I liked the ability to mix-and-match here, as it means that you can discover new ways to play and new strategies to experiment with every time you log on. Although every faction has it’s own skills and synergies to consider, the neutral cards play into the experience you get too.

When you’re new to Gwent, you’ll collect most of your tactics by learning from the people you play. The more you see other people using unique cards in significant ways, the more you’ll fold those skills into your own gameplay. That means that you’ll be constantly growing and evolving the more you experiment with Gwent.

The factions available also come with their own themes. Syndicate focuses on profit, while Skellige embraces resurrection and high levels of power. To really figure out what works for you, it may be worth playing with a few different options. 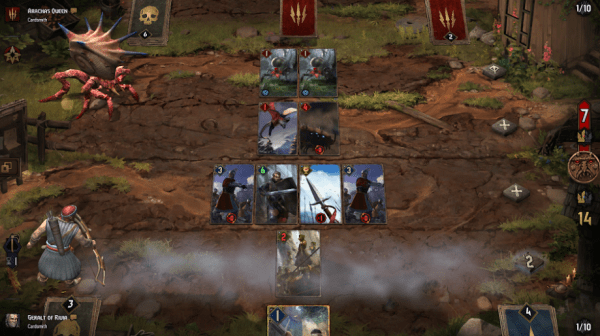 I played initially with the Northern Realms deck. There’s no wrong choice for who to pick here – unless you go for Nilfgaard. From what I learned checking out some Gwent forums, everyone hates Nilfgaard.

After you build your deck, your quest is to win two of the three turn-based rounds in each game. You could also aim to win all three, of course. You use your cards strategically to collect as many points as possible. It sounds simple, but the way you reach the win often changes with every game.

Gwent: The Witcher Card Game also comes with a handy progress system, which gives you currency every time you complete a new objective. You also get cool passages of lore with each victory, telling you a bit more about the faction leaders. If you’re keen to build out your Witcher knowledge, then you’ll fall in love with this game.

Pay to Play in Gwent

Gwent is a free to play game on Steam right now. However, there’s also a monetization system to consider. You can pay for card kegs to give you new units, and you can unlock extra options. The most important thing to note in my opinion here is that none of your cards are locked off.

If you don’t have any cash to spend, that’s fine. You’ll start with a deck for every faction available. You don’t need a pile of real money to buy anything. What you really need is the in-game currencies. These help you with things like purchasing new card packs, or crafting cards.

You can also use real money to pay for animated versions of cards but this won’t give you any bonus in the actual game. 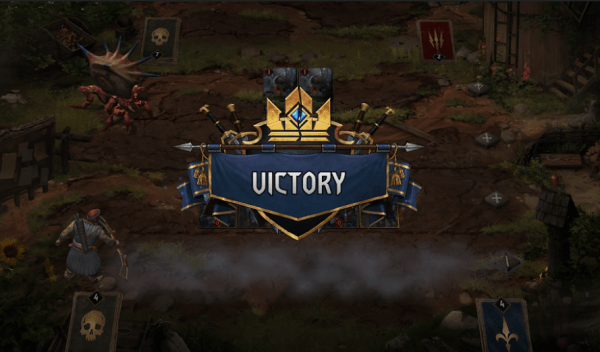 As you work through the game, Gwent will reward you for match wins with the in-game currency you need. That means you can gradually progress towards your next deck without using your credit card. You’re more likely to master this game with time than real money.

Still, the option is always there to buy some extra pieces from time to time. Gwent’s in-game store comes with various options for purchasing bundles that can take your games in a new direction. I’d say that this game is a rare example of payment options done right.

You can’t pay to win. Playing the game without real cash is just as immersive as using real-life currency.

Gwent has learned from the massive selection of other card games available online today. If you’re the kind of person who loves collecting new gameplay options, and you don’t want to spend a fortune on in-game stuff, this is the game for you.

The playstyle is fast-paced and easy to grasp. You’ll collect plenty of knowledge and skills as you go. What’s more, there are endless opportunities to learn more about the Witcher too! Gwent rewards you for every hour you spend mastering it, with generous collectibles and rewards to take your game to the next level.

If you want to get good at this game, then you’ll need to commit. There are some players online that have created some fantastic decks based on months of playing. However, it’s easy to see how you’d fall in love with this game. Gwent is a refreshing take on the card game genre, and just enough to keep me going while I wait for the next Witcher season to arrive.

Where to Play: Gwent: The Witcher Card Game on Steam for Windows 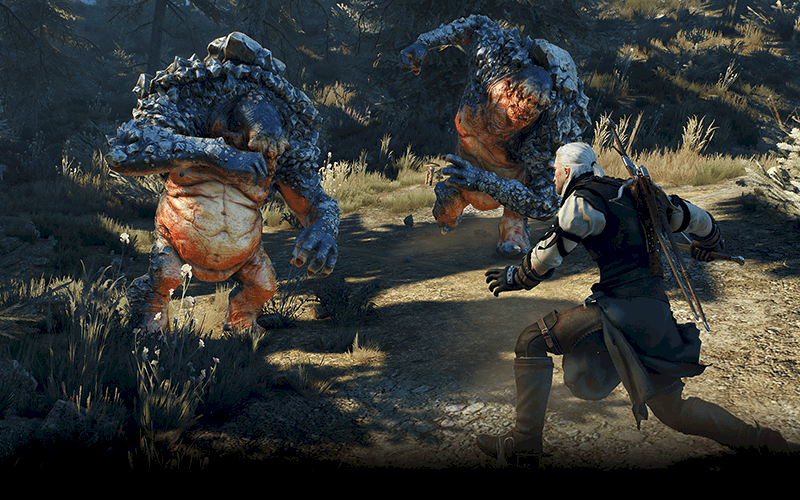 Something in the Way: Why Is Witcher 3 so Good

Open world RPGs aren’t exactly a novel concept any more. Whether it’s set in a sci-fi world or an epic fantasy, you can’t throw... 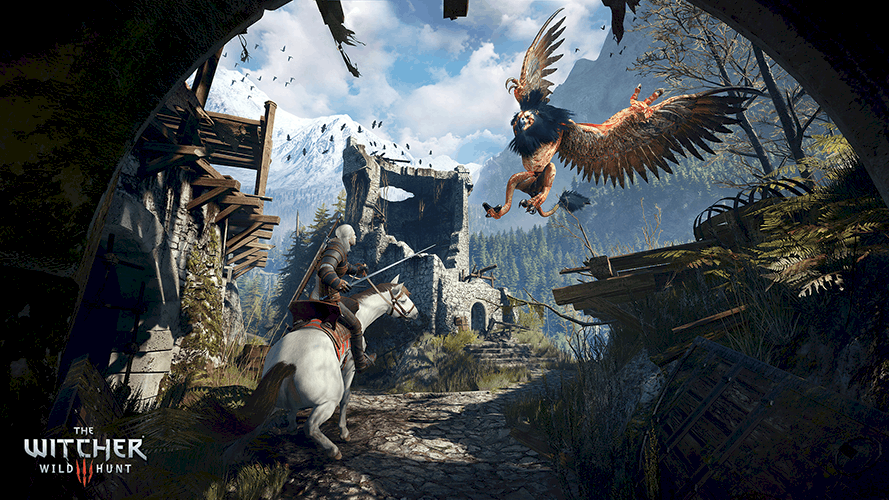 Only a Scratch: The Witcher 3’s Best Difficulty

CD Projekt developed one of the greatest RPGs of all time in The Witcher 3: Wild Hunt. Its complex world and exquisite storytelling put...