Mega-Structures are amazing creations in Stellaris that require a huge investment of time, resources, and energy to make a reality. If you commit to the work needed to create a Mega-Structure, the payoffs are totally worth it. Before you can build one of these giant structures, you need to have mastered the Mega-Engineering technology. However, in Stellaris, how do you get Mega-Engineering?

The first thing you should know about technology in Stellaris, is that it works differently than some other 4X strategy games. Sure, you have to meet a bunch of prerequisites, but even after meeting those, there is still some luck needed. Technologies appear randomly in Stellaris once the steps to gain them have been met. So just because you complete the process below, don’t expect Mega-Engineering to spontaneously appear.

In Stellaris, How Do You Get Mega-Engineering?

As mentioned, to unlock the ability to build Mega-Structures, you’ll need to put in a lot of work. Mega-Engineering is designed to be an end game technology. There are several types of tech that you have to master before the opportunity to unlock Mega-Engineering appears.

First on the list is Zero Point Power. This Tier 4 Physics technology is toward the end of the power tech tree. And to achieve Zero Point Power, you’ll have to start with Fission, move on to Fusion, then to Cold Fusion, and finally Antimatter Power before you can get the needed energy technology.

Next up is the ability to build Battleships. Battleships are a Tier 4 Engineering tech. Corvettes, Destroyers, and Cruisers all precede these powerful war vessels.

Last up is Citadels. These massive battle stations are Tier 4, like the other prerequisites. To earn the privilege of building these, you’ll first have to learn how to master Offworld Construction, Starbase Construction, Starports, Starholds, and Star Fortresses. 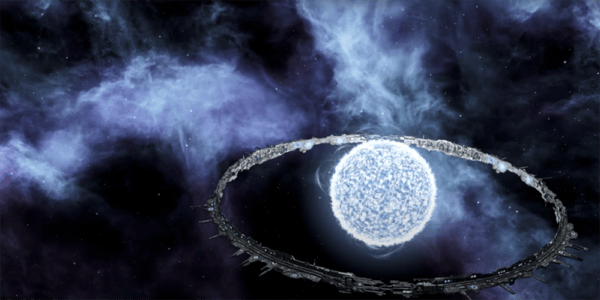 Once you’ve put in the work, it will only be a matter of time before Mega-Engineering makes an appearance. And once you’ve completed research on it, the highly valuable and coveted Mega-Structures will be under your control.

In Stellaris, how do you get Mega-Engineering? Work, work, and then a little more work. It’s a time commitment, but one of the most worthwhile endeavors in the game. While you wait for your research to complete, why don’t you check out some of our other amazing Stellaris guides to help you rule the galaxy!