Apex Legends is an online, multiplayer, battle royale game with a host of unique features. A free-to-play game developed by Respawn Entertainment, this title managed to make an impact on the gaming community right after the game’s lucrative launch. Respawn Entertainment recently announced that the game had reached and surpassed one hundred million total players.

This fast-paced shooter game gives gaming enthusiasts the precise thrill they seek while playing an action-packed battle royale. Players often find themselves in knotty situations and have to get involved in palm-sweating, nerve-racking combat. Furthermore, new players can find this game challenging as it demands gamers to keep up with the pace, specifically in those hectic situations.

With an increasing number of players playing it, Apex Legends is no doubt one of the most competitive games in the gaming industry. But before you dive in and get obliterated, let us all take a look at some tips that will help us become professionals at Apex Legends.

Bonus Read: Find out how to appear offline in COD Warzone.

Tips and Tricks to Get Better at Apex Legends

Battle royale style of games is a relatively new genre of gaming, and players seem to be facing the same type of hurdle when playing games such as Apex legends for a while. Essentially, most players’ skills develop to a certain degree, after which they end up plateauing.

Whether you’ve reached your limit or you’re a budding gamer stepping into the world of Apex Legends, these tips will guarantee that you always stay one step ahead of your enemies. 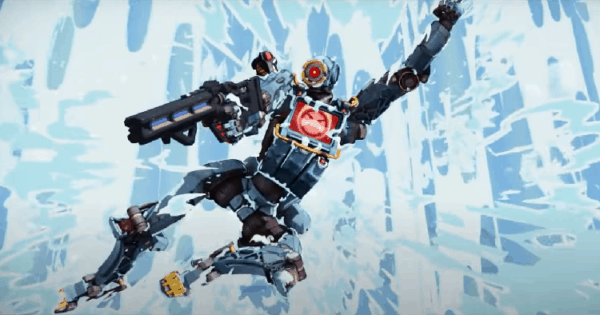 1. Close the Doors Behind You

Not closing the door has been a trivial mistake made among countless players. As a result, players subject themselves to the possibility of an ambush by potentially allowing opponents to get inside.

By simply following the general rule of always closing doors behind you, players can get that short breathing space that allows them to use a syringe or stay undetected while looting.

However, if players find themselves on the opposite side of the door, gamers should refrain from knocking the door down.

Kicking open doors will give the enemy players just the right amount of time to shoot you down. The trick over here is to press the open door button once. If the foe steps back even just a bit, the door will crack open, giving your team the advantage of being on the offence.

The world of Apex Legends is filled with a plethora of weapons that gaming enthusiasts can choose from.

Players can equip only two weapons at a time, and choosing a weapon that the gamers are familiar with will give them a slight edge in a gunfight.

Most gamers would agree that the R-99, a submachine gun, and the Peacekeeper, a shotgun, are the best short-range weapons in the game. Both these guns deal a huge amount of damage and are incredibly lethal in close combat situations.

Let’s not forget about the Wingman, G-7 Scout, and the R-301. These guns tend to be the best when it comes to long-range. The R-301 is as steady as they come, having minimal recoil even when taking out opponents from a distance. The Wingman and G-7 Scout are clinical hard hitters that are capable of demolishing your enemies.

Players should make use of the firing range and practice with every weapon to find the ones that suit their style. However, don’t get too friendly with one weapon, as chances of picking up the same loot every match are slim. Ideally, shooting enthusiasts should practice with all weapons, ensuring that they’re ready for any situation the game throws at them.

Beginners tend to make the mistake of using heals immediately after finishing a fight. It takes five seconds to use a syringe, while a shield cell takes three seconds. These two seconds are enough for another team to pull up on you and catch you off guard easily. To avoid being in this situation, players must never forget to swap their armor with a full armor from a nearby death box.

In the event of an ambush, if the players have swapped their shields, they can carry on the fight without the need to replenish their health. If an opponent does not show up, players should take their armor back from the death box and shield up.

4. It Pays to Be Aggressive

The best way to improve your skills is to get into more fights because that is the only way to ensure a victory in the final ring. Even if players avoid other teams for the entire game, it will eventually boil down to the players’ skills in combat. As odd as it may sound, players should play the game to fight, and winning should be a secondary objective.

Though this is not just for practice, players are rewarded for being aggressive and fighting battles when there is a clear advantage. At the same time, battling enemies when you’re already in a pickle improves your ability to operate under pressure and, most importantly, enhances your capacity to think on your feet.

In other words, only the most experienced players are the ones who are going to end up winning the game. Therefore, by having an aggressive playing style and welcoming gunfights, players can amass their experience and excel at Apex Legends.

5. Always Stick to Your Squad

All things kept aside, players should remember that Apex Legends is a team game. Healthy communication and trusting your teammates are crucial if you want to get better at the game.

Gaming enthusiasts must remember to always get involved in a teammate’s play, even though you may disagree with the decision, usually ensuring a superior outcome than abandoning your squad and playing solo.

Regardless of how good of an apex player anyone can become, there is always room for improvements. Being able to identify your areas of weakness and working diligently towards fixing your issues is the best way to elevate your game.

Gamers wondering how to get better at Apex Legends are guaranteed to win more battles and increase their rank by simply following these effective tips.

Bonus Read: Tired of your old username? Learn how to change your name in Warzone.

How to become a PRO At Apex Legends

Now that you’ve followed these tips and have upped your game, do you think you’ve got what it takes to be a pro Apex Legend player? Let’s take a look at what you need to make it as a pro gamer.

Here are three simple steps that will guide you in the right direction and help you build a career in Apex Legends:

Hiring an esports coach is ideally the best way for a gamer to start their journey to become a pro player. Not only are coaches experienced in the game, but they also help you see the game from a different perspective. This solves the issue of plateauing that many gamers suffer from.

Practice is the only way to move forward. However, hiring a coach will reduce quite a bit of time that would have been spent on improving your skills. Learning from a person of experience is a great way to cut the amount of time required to learn a skill in half.

Coaches can identify weaknesses and pinpoint what aspects players need to work on.

Participating in tournaments is essential for becoming a pro Apex Legends player. Tournaments provide a different kind of pressure, and players are required to consistently perform well if they are to progress to the further rounds.

It is one thing to play Apex Legends from the comfort of your room; however, tournaments are a whole new ballgame. Having a significant amount of tournament experience will make players enticing to teams that are looking to recruit new players, giving them the opportunity to take part in the pro leagues.

Streaming is an excellent way to establish an online personality and be recognized in the game. Apart from tournaments, streaming is a great way to practice playing under pressure. Players are bound to make mistakes initially, but by working hard and putting the time in, becoming a streamer will be a piece of cake.

If you want to be a pro, you will have to learn to do well in front of an audience consistently. This ends up being a ‘skill’ by itself.

Don’t fret if you have only a few viewers that are watching you play. Steaming is essentially marketing yourself, and it can take a couple of years before players can amass a respectable fan following. Consistency is crucial as most players give up after just a couple of months trying to stream.

Being a professional player will require a colossal amount of dedication. Gamers competing in esports strive to be the best, and if this doesn’t match your description, then you surely will not last long.

Pro Tip: Having an escape plan is what distinguishes the pros from the amateurs. Players must formulate an escape plan for every situation in case things start to go south. This also enables players to reconsider their approach and smartly engage with their opponents.

For gamers wondering how to get better at Apex Legends, long hours of practice are the only way to move forward. The road to becoming an Apex Legends pro is a tedious and arduous one. However, all shooting game lovers will be significantly rewarded by walking down this path.

Now that you have read this article and understand how to react in various situations of the game and gain insights into a few tactics used by professional gamers, kick it up a notch and show your opponents that you mean business when it comes to Apex Legends.