Genshin Impact, a title that promises to deliver fantasy, mystery, and adventure, is generating a lot of buzz right now. Gamers love the vast environment, combined with the classic action-based battle system. The question that every fan wants to know, however, is how do you get one of the most popular characters in the game: Xiao?

Here’s what you need to know to figure out how to get Xiao in Genshin Impact.

Genshin Impact: Who is Xiao?

Genshin Impact has no shortage of characters to choose from for your adventure. You can experiment with 24 epic characters in total. However, there’s only room for 5 people in your party at any time. Each character has their own attack styles, attributes, and fighting elements. Some work better together than others and only a handful are unlocked in the main story.

Xiao was a character made playable during the 2nd closed Beta test for Genshin Impact, but he wasn’t made public with the official release. Xiao is a super-rare character using the Anemo element for damage. If you’re looking for heavy attack power, Xiao’s your man. He boasts moves like Whirlwind Thrust and Bane of all Evil. Close combat melee attacks seem to be Xiao’s specialty. 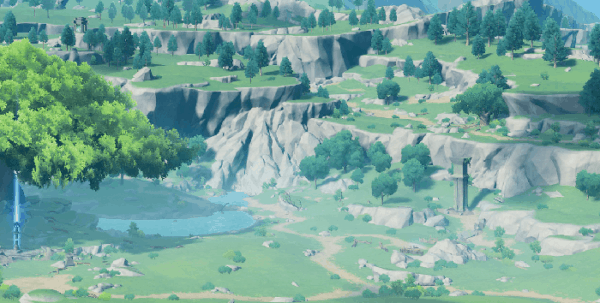 How to Get Xiao in Genshin Impact

Unlike characters on other games, like Borderlands, Xiao is tough to get. The easiest way to bring Xiao onto your team is with the Wish menu. Open the Wish menu, and you’ll see various banners that can unlock different characters. If Xiao isn’t there, then you can’t wish for him. If you do see a banner, then start making wishes.

Wishes are the gacha mechanic in the game that you get after reaching the fifth Adventure Rank. You’ll need to speak to the Knights of Favionius in Genshin Impact to get Xiao. Once you’ve reached the right stage in the game, you’ll have to get your hands on Intertwined Fate, or Acquaint. The right option for you will depend on the banner you choose.

Getting more wishes means splashing out on supplies with your in-game currency, Primogems. The more you play, the wealthier you’ll get. You can also buy Genesis Crystal Currency with real-world cash and convert it, depending on your preferences.

Getting Xiao on Genshin Impact

Unfortunately, the easiest answer to “Genshin Impact: How to get Xiao?” is patience. You’ll need to experiment with wishes, which is a little like buying loot boxes.

Even if Xiao’s banner shows up on your wish page, there’s no guarantee you’ll get him. Rewards are randomized, but you can keep trying. Good luck!