Many gamers like to call their favorite games “legendary” or “revolutionary.” Most of the time, that’s just a way of saying that the game was really cool.

That means that longtime players have spent over a decade trying to find games that scratch the same itch that Spore does. If you’re one of those players, we’ve assembled a list of the 10 best games like Spore to try instead.

If you’re ready to “evolve” your game list, you need to check out these Spore-inspired games.

The Good News and The Bad News 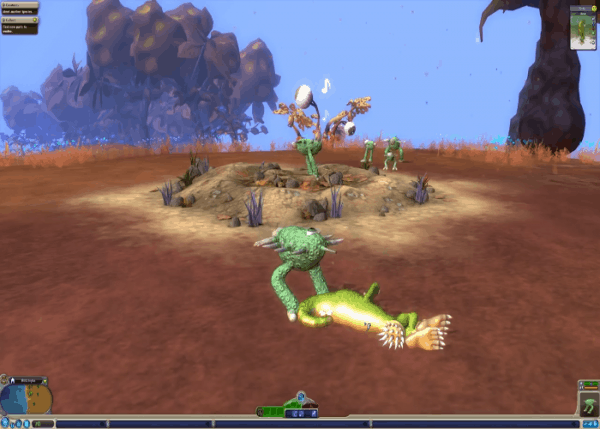 Before we dive into the game list, it’s important that we rip this Band-Aid off: there is no game that is truly like Spore. There are simply games that reflect some of the aesthetics and gameplay of that classic game.

That’s because Spore developer Maxis prided themselves on creating a game that had a little bit of everything. Civilization, RTS, space exploration…the list goes on. Throw in the various game editors and user-generated content and you had all the ingredients of a really unforgettable game.

While the fact that nobody has fully copied the Spore formula may sound like bad news, it also carries a bit of good news. Part of the joy of playing Spore was uncovering different kinds of gameplay mixed together.

Each of the titles below serves as a spiritual successor to Spore in the sense that you get to experience something new and dynamic at every step of the way, but don’t expect a like-for-like sequel. Sadly, it just doesn’t exist. 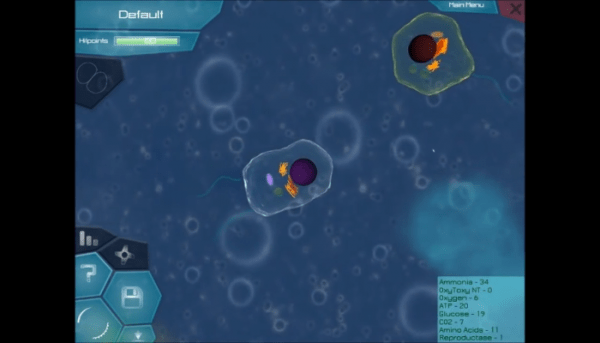 Like we said before, a big part of what made Spore so great was the user-generated content. One way to honor that design philosophy is to create a fully open-sourced game powered by crowdsourced creativity.

That description suits the 2016 game Thrive to a “T.” Gameplay focuses on helping a single-celled organism evolve from simple biology all the way to complex space travel. Needless to say, this formula should sound very familiar to Spore fans!

All the creativity of Spore with all the convenience of modern gaming. What’s not to love?

Where to play it: Download Thrive from Revolutionary Game Studio. 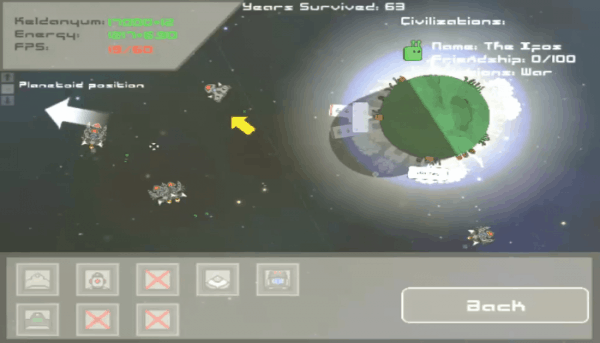 If you’re skeptical, you might be worried about plunking down money for some of these titles. Do you want to spend a lot of cash and be disappointed that a game doesn’t live up to Spore?

In that case, you should check out Planetoid 3. This game is a bit limited right now, but it’s also completely free. It’s an RTS where most of the fun comes from the randomly-generated solar system. Because of that, you never know whether you’re going to spend most of your time gathering energy, managing a fleet, or even dealing with the outbreak of war!

For players who enjoy the experience, there is actually a robust Planetoid 3 community just waiting for you. And who knows? The ideas you give to the devs may shape the future of the game.

Where to play it: Download Planetoid 3 from the Planetoid Community. 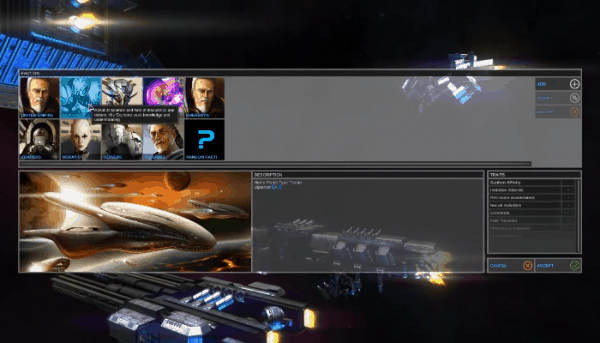 While Spore featured spaceflight, most people don’t exactly think of it as a sci-fi game. After all, you spend more time evolving on a planet than traveling among the stars.

So for players who like more explicit science fiction as part of their gameplay, Endless Space is the answer. It originally released back in 2012, but this title is packing nearly a decade of improvements to every element.

The heart of gameplay is an RTS focused around managing your particular civilization. The twist? There are nine civilizations to choose from, giving you truly “Endless” replay value.

Where to play: Download Endless Space Collection on Steam. 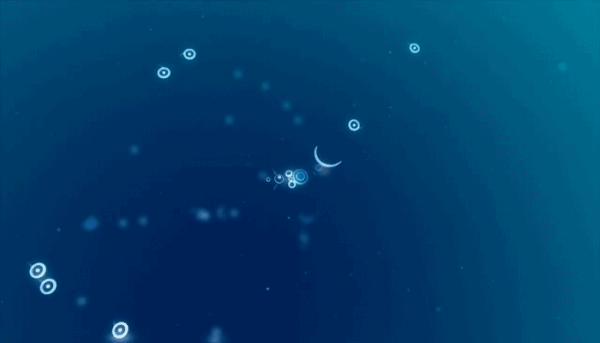 When you think of games inspired by Spore, you’re probably imagining games that are bigger and more complex. But what if you could distill the Spore concept down to its purest and simplest form?

That is a good description of Flow. It started life as a 2007 Flash game and then evolved as it hopped to various platforms. But what is this game all about?

You control a simple organism and, through hypnotic 2D gameplay, help it grow and evolve. All you have to do is consume all of the other organisms around you to survive!

This game won’t take you to space, but the adventures of a single organism fighting for its life is liking to keep you coming back for more.

Where to play: Download Flow from the Playstation Store. 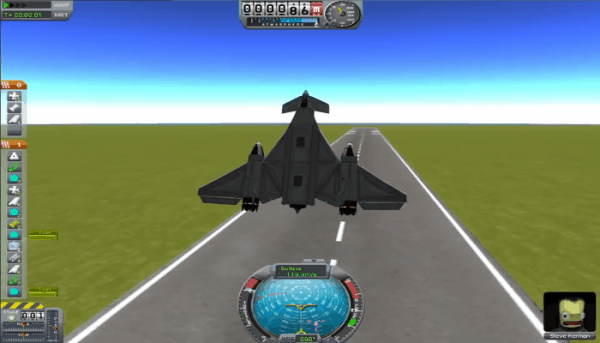 Kerbal Space Program is arguably the most famous game on this list. It’s a game you can easily sink countless hours into. Fortunately, you’re likely to learn a few things along the way!

Basic gameplay is all about helping your little aliens launch expeditions into space. But to do so successfully, you must master arts such as physics and aerodynamics. On the bright side, this game may be a great excuse to dust your old college textbooks off and learn a few tricks.

Whether you want to conduct experiments, construct rockets, fund new ventures or just master the art of flight, you get a little bit of everything in one charming package. And nothing says Spore more than that.

Where to play: Download Kerbal Space Program on Steam. 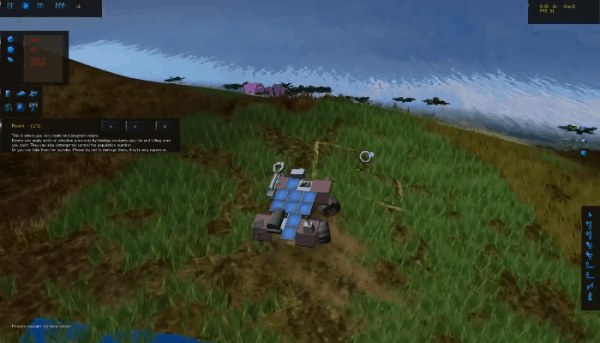 As far as names go, Species: Artificial Life, Real Evolution is quite the mouthful. But once you get past the unwieldy title, you’ll find an evolution-focused game where the only limit is your imagination.

Like some other titles on this list, Species has you evolving different organisms into new and exciting shapes. And the game trusts you with enough control to guide every stage of evolution, allowing you to enact all those “mad scientist” fantasies you’ve been harboring.

It’s worth coming back to this title again and again simply to discover something you’ve never seen before. 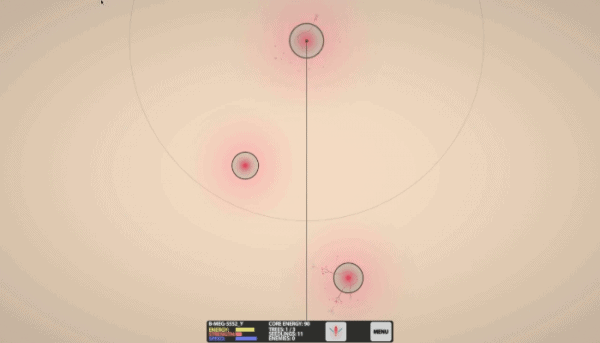 Some of the games on this list are more about exploring space while others are more “down to Earth.” But what if you want another game like Spore that fluidly merges each concept?

Eufloria’s concept is that you must manage trees on asteroids. As you successfully nurture these trees, you spread their leafy influence throughout the entire asteroid belt.

This RTS still has combat, though, as you must defend against enemy trees and sometimes take the fight to other asteroids. And while this game is sadly limited to a single-player mode, we’re pretty sure you’ll find this the perfect blend of relaxation and excitement. 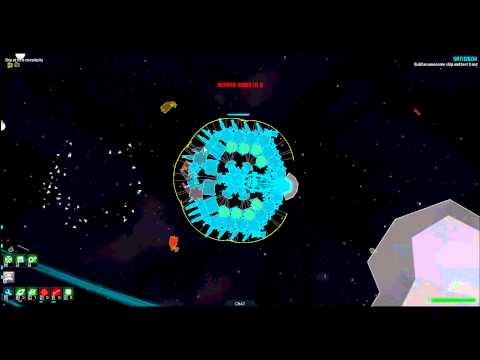 What if you were focused more on evolving technology rather than evolving an organism? That is the concept behind the wildly-addictive game Void Hunters.

With the word “hunters” right there in the name, you’ve probably already guessed that this title has plenty of combat. But the ultimate goal of the game is growth instead of conquest.

Defeating enemy ships is your key to upgrading your own vessel. But to make the most of these tech upgrades, you’re going to need the kind of imagination that predicts what you’ll face in the void.

While the sandbox mode is fun, this game really shines thanks to its multiplayer. Take your customized crafts into battle. Afterward, you either get to enjoy your victory or head back to the drawing board!

Where to play: The original Void Hunters game is no longer available, but fans are working on remakes. 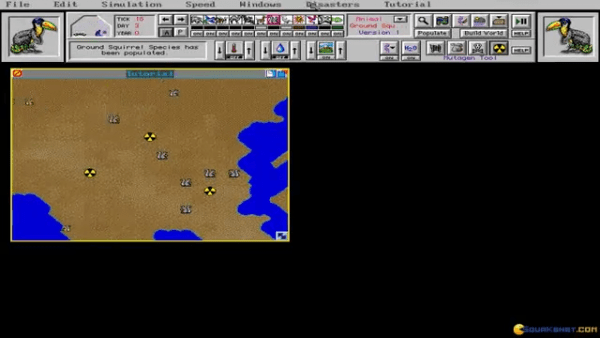 Most of these games came out after Spore. However, SimLife is a game that preceded Spore by many years. In fact, this game likely inspired Spore’s focus on biology and genetics.

This game is the ultimate “what if” simulator when it comes to plants, animals, climate, and mutation. As the player, you control the genetics behind everything, allowing you to take existing creatures and turn them into something altogether new.

What will these creatures eat? How many children will they have? This is your chance to play God…or, at the very least, play Dr. Moreau as you create your own hidden land full of fantastic creatures. 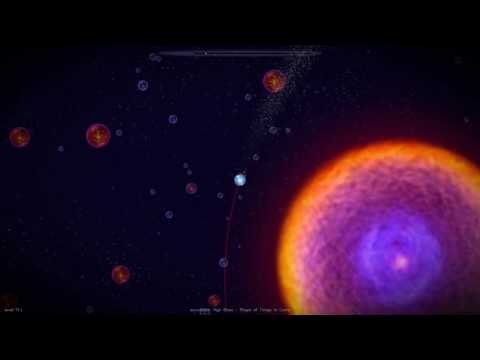 Ever hear the game description “easy to learn, hard to master?” That is all the introduction that a game like Osmos really needs!

In Osmos, you play a bubble that must consume other bubbles to grow larger. The catch? You can only consumer smaller bubbles, and larger bubbles will kill you.

The music behind this game is chill enough to make you fall asleep. But the actual gameplay but can be downright thrilling. Actually surviving for hours will take a ton of skill and practice, but there’s nothing that keeps a newbie from jumping in right away.

It’s tough to match the originality, personality, and sheer nerve behind the original Spore. If you’re not careful, you might be chasing this dragon for the rest of your gaming days!

Fortunately, our list has plenty of games that can help you relive the things you liked most about Spore. While you may never be able to catch that original dragon, many of these inventive games will help you make a new dragon (or other fantasy creature) of your very own!

If you’re a fan of fantasy RPGs, why not try out some of the best Roguelike games instead?