What do you enjoy the most in Europa Universalis 4?

For many players, the fun comes from adding a “what if?” factor to historical events. While your own actions can greatly affect events around you, true success involves understanding history and making it work in your favor.

The Renaissance is a great example of this. In the real world, the Renaissance was a cultural revolution that dominated the latter half of an entire millennium. In EU4, embracing the spreading Renaissance is one of the best ways to strengthen your empire.

However, actually embracing the Renaissance is easier said than done. With our comprehensive guide, you’ll become part of the cultural revolution in no time.

How To Embrace Institutions 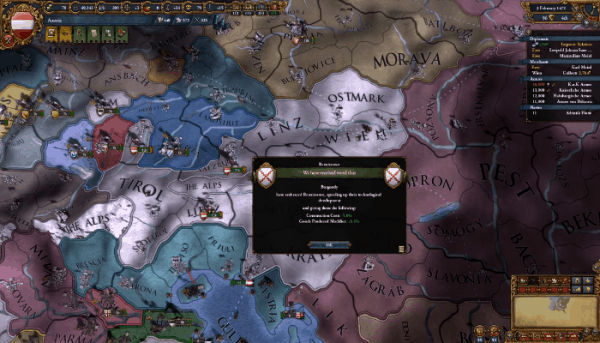 We put together a comprehensive guide to help you embrace the Renaissance. First, though, we need to touch on the different institutions and what embracing them really means.

In EU4, “institutions” represent major cultural advances. There are eight different institutions, and they generally occur every 50 years from 1450 to 1750.

There is a relatively low chance that a particular institution will spawn in one of your provinces. If that doesn’t, you must wait for that institution to spread and then embrace it when you get the chance.

Embracing institutions can help you better develop your technology. Conversely, not embracing an institution can cause a 1% tech penalty per year (for a maximum 50% tech penalty).

Now that you know a bit more about what institutions are and why they are important, let’s dive into how to embrace the Renaissance.

Where Does the Renaissance Start? 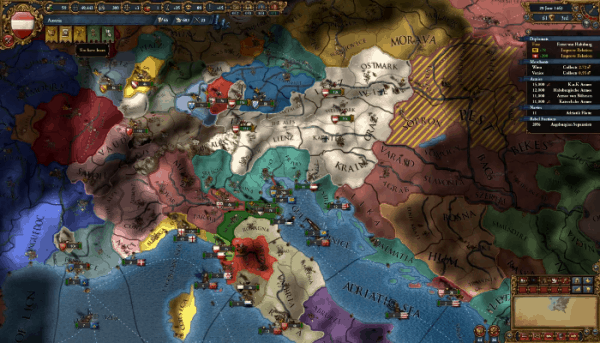 Where does the Renaissance start in EU4? If you’re a student of history, it’s no surprise that it always occurs somewhere in Italy. In fact, the only Italian area where it cannot appear is in Malta.

Beyond these requirements, the exact origin of the Renaissance is highly random. Exactly where it begins will influence how quickly you can embrace it and how much it will cost you. 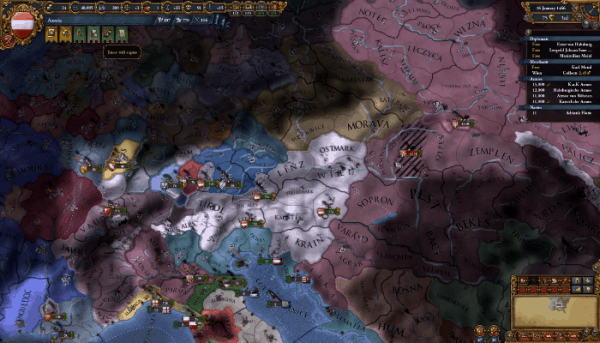 As we said before, there is a small chance the Renaissance will break out in your own province (provided you meet the above criteria and get very lucky). Otherwise, you need to wait for the Renaissance to begin spreading.

How does it spread, though? Like many other elements of the game, the spread of this institution is determined by any number of factors.

The most obvious way that it spreads is when a colonial nation capital’s overlord has embraced the Renaissance. Similarly, it can spread when the owner of a non-Trade Company area embraces the Renaissance.

It may spread naturally to provinces in Flanders, Tuscany, or Venetia. Alternately, it may spread to nearby provinces. In European provinces with at least five development after 1500, the Renaissance may spread. You can slightly increase the odds of spreading by further developing such provinces. 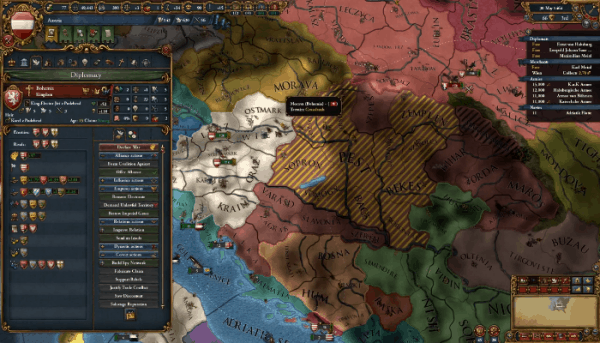 When it comes to embracing an institution, there are many complex factors. Fortunately, a few of the requirements are simpler than others.

For example, you cannot embrace the Renaissance if you have not already embraced Feudalism. If you are playing a game in hopes of embracing the Renaissance, make sure to embrace Feudalism as soon as you can.

The Basics of Embracing the Renaissance 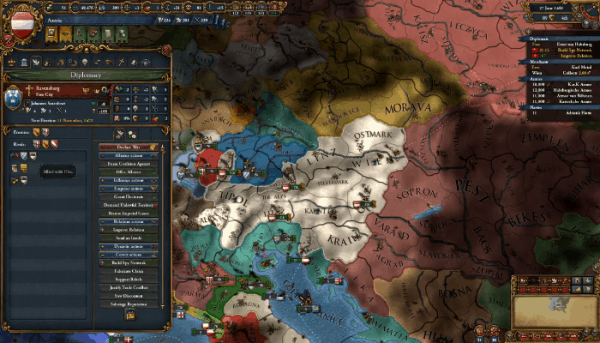 We’ve discussed the many factors regarding the spread of the Renaissance. How, though, do you actually embrace this institution when the time comes?

It all starts with the technology menu. By clicking on that menu, you can monitor different institutions and analyze exactly how they are spreading.

Play Nice With the Neighbors 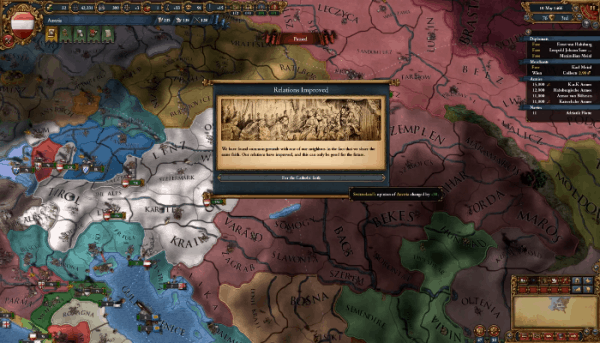 This may go without saying, but we’ll say it anyway: if you want to benefit from the spread of an institution, you’ll need to play nice with your neighbors.

That’s because “spread” is quite literal in this case. The institution will move from area to area over time. As long as you have good relations with your neighbors, you can improve the odds of that institution reaching your country.

While it may be tempting to be hostile to your neighbors, you should focus on the potential long-term benefits of embracing the Renaissance.

The Benefits of Embracing Early 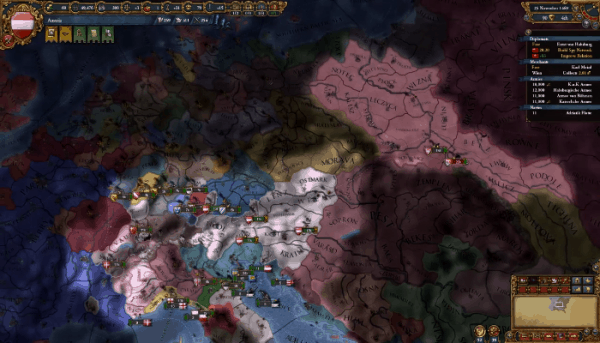 In terms of saving money, nothing is cheaper than waiting for your entire country to embrace the Renaissance. However, there are many benefits to embracing this institution as soon as you can.

First, you’ll dodge that tech penalty that we mentioned. It doesn’t make much sense to try to save money for the future by losing out on technological development in the here and now.

Second, you get quicker access to those resource bonuses we mentioned. The 5% reduction development and construction costs will help you save a lot of resources. You’re likely to come out ahead with such savings instead of waiting for 100% of your country to accept the Renaissance.

Finally, accepting early helps you accelerate your other plans for expansion. If we’re being honest, most players would rather save a bit of time on their “big picture” plans rather than saving a little bit of virtual money.

How to Embrace the Renaissance: What’s Next?

Now you know how to embrace the Renaissance in Europa Universalis IV. But are you ready to take on a real challenge?

One of the biggest achievements in this game is joining the Holy Roman Empire. If you’re ready to do as the Romans do, check out our guide to joining the HRE. 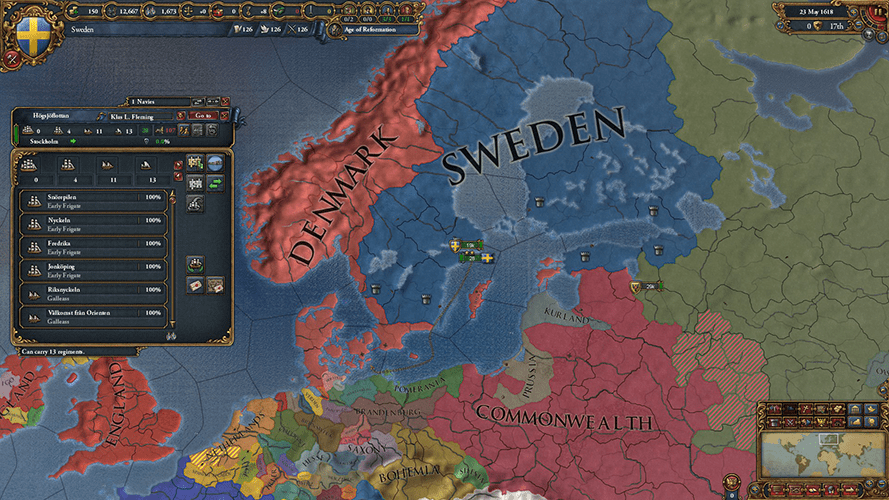 Let Freedom Ring in EU4: How to Release a Vassal

A great perk for any empire in Europa Universalis IV, Paradox Interactive’s historical grand strategy game, is to have vassal states paying tribute and...

Ever since its release in 2016, Stellaris has captured the imagination of many gamers. Being able to “play God” at a universal scale —...