I’m quite the connoisseur of point and click games.

Since the early days of gaming, developers have always used this strategy as an excellent way to explore countless genres and ideas. From wacky situations with role-playing parties to horror tropes, this environment has found its way just about everywhere.

Today, the point and click gaming landscape is taking us through to the wonderful world of um…clams. Yes, I know it sounds pretty bizarre. Bear with me.

In Clam Man 2: Open Mic, you take on the role of a clam guy who works in an office building, most of the time. The clam man stumbles onto some kind of weird conspiracy, and, as the protagonist, it’s up to you to figure out what’s going on. 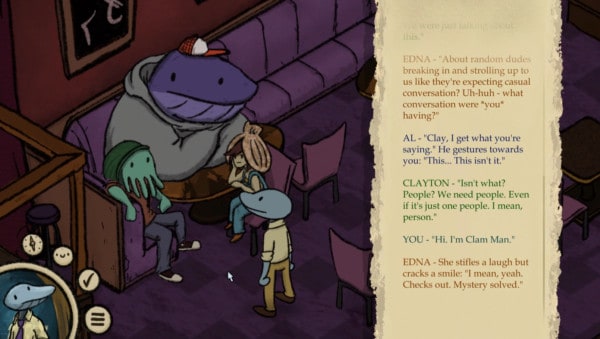 Clam Man 2: Showing Your Creative Side

So, with Clam Man 2, you play as a guy named Clam Man. The developers (Team Clam), took a leaf out of the same book as some of the less creative Pokémon devs. Anyway, Clam Man works at the Snacky Bay Mayonnaise company. Recently, he was promoted to junior sales rep and is working just another day when you start the game.

At first, everything seems perfectly normal. Then, out of nowhere, Pete mentions that another coworker got fired, Lindsey. After a brief conversation, you discover that your boss has asked you to visit his office, and you make your way there.

You end up getting fired, and after chatting with Pete a bit longer at the café, you discover something weird is going on. You’re not sure what the problem is quite yet but that’s okay, you’re ready to get your Sherlock side on.

Quickly, you begin your investigation into the shady behaviors happening at the Snacky Bay Mayo company. Gameplay follows the standard formula of a point-and-click mystery from then on out. You click on the screen to move your character and check out what’s happening in your environment.

Crucially, you need to speak to the people around you as much as you can to learn everything here. It’s also important to check out your surroundings and see what kind of information you can track down. Clearly, something fishy is going on. 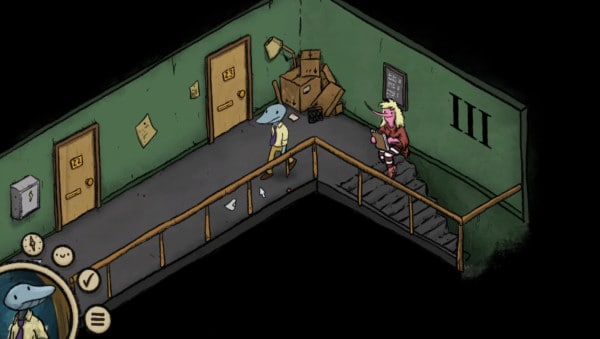 Honestly, even if you didn’t have to speak to the coworkers in Clam Man’s world, I’d totally recommend it. Everyone has their own fun and wacky sense of humor to explore, and the whole thing just really brings the game together.

Cracking the Mystery of Clam Man

Point and click titles generally have puzzles in them that break up the monotony of various conversations, while putting your problem-solving skills to the test. In the case of Clam Man, there aren’t many puzzles to worry about. The ones you encounter don’t take too long to complete, but they’re reasonably fun.

Since I like quite a bit of a challenge in my games, I would have liked the puzzles to be a bit more challenging overall. It’s nice to have something that takes a little while to figure out sometimes.

The game overall only takes around two hours to complete, and that’s if you take your time. Though that’s fairly good for a free to play game, I would have hoped for a little more. Although I’ve played other, shorter games before, this one felt oddly rushed in a lot of places. 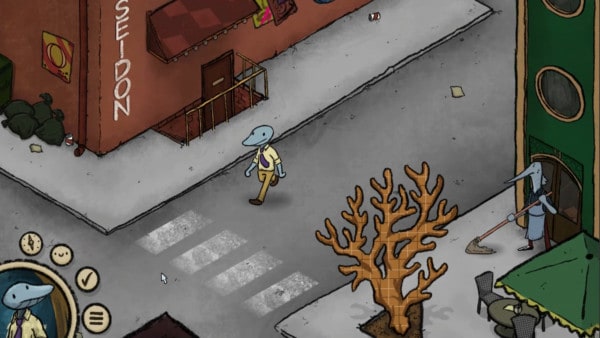 There were a few odd choices regarding pacing here. Maybe that’s just because the developers are trying to give players a sense of what’s possible here, rather than offering a full game. According to Team Clam, this is just a prologue.

That probably means that you can expect a lot more from the full game.

That’s not to say that I didn’t enjoy anything in this taster session, however. The game’s aesthetics are cartoony and simplistic which reminded me a little of things like Castle Crashers. Everything works well together in terms of tone and quirky story writing. Although, there are some oddities in the sound suddenly getting quite loud and quiet almost at random.

There’s no voice acting here either which isn’t necessarily a deal-breaker, but it does feel as though something is missing.

Everyone sounds the same, which detracts from the unique characters you’re interacting with. I ended up muting the game at one point just so I could create the voices in my head instead. I would have even taken a voice experience similar to something like Animal Crossing, instead of this. Still, once again, we are talking about a free to play game.

Clam Man isn’t exactly a thrilling experience from beginning to end but it’s an interesting way to spend some time. If you’ve ever harbored the desire to be a detective, or you love the idea of being a clam with a stand-up comedy act, then you’re sure to love Clam Man 2. 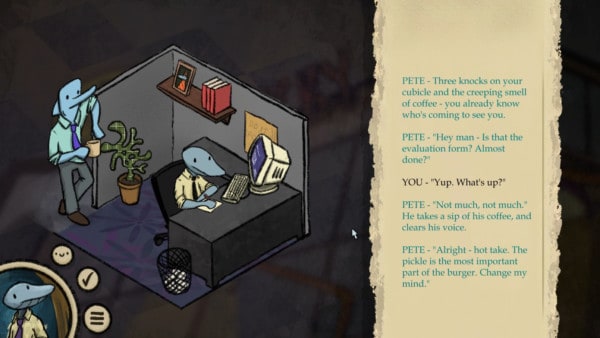 Honestly, there are a lot of gaps in the gameplay that stop it from being great. The soundtrack isn’t ideal, and there are weird gaps in the story too. However, nothing’s too excessively bad that this game isn’t worth saving. The dialogue is plentiful, and it offers up a lot of different outcomes and jokes to explore.

You might even consider this game to be pretty replayable. There are different dialogue options to look into, for instance. Unfortunately, I wouldn’t say that this game is too impressive on its own. I wanted to like it much more than I did.

The wit is pretty quick in the conversations, and the inside jokes are a lot of fun. Everything seems to work pretty well together – but there’s nothing particularly special going on here. There’s always a chance that things will pick up when you get the full version of the title, but for now, I’ll clam up about this game and let you make your own assumptions.

In the meantime, why not have some fun with something spooky?

Alternatively, check out Clam Man 2 for yourself here.