Governors were added to Civilization VI in the Rise and Fall expansion. Their primary purpose is to deploy to cities under your control and boost the power of your authority there. They are highly valuable characters, each with their own abilities. There are eight to choose from, so let’s take a look at Civ 6’s best governors. 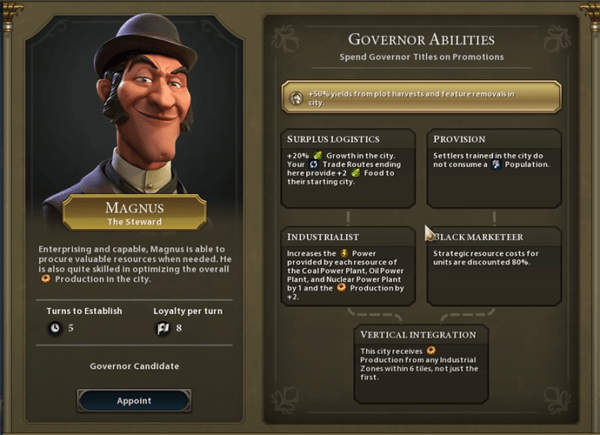 Magnus’s 50% yield bonus for all harvesting and feature removals is a major reason why you should deploy this governor to one of your major cities. We cannot understate the value that this increase in resources generates.

Additionally, if you decide to play tall with Magnus, you’ll unlock his Tier 3 skill, Vertical Integration. This skill grants your city the ability to receive Production from other Industrial Zone buildings up to six tiles away. It’s an incredible ability that will boost your resources immensely. 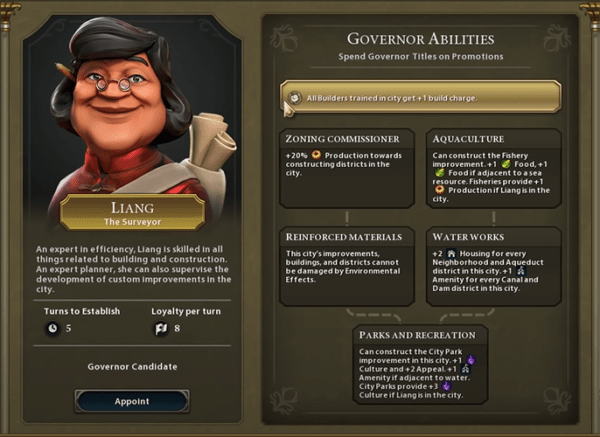 We highly recommend Liang for coastal cities. Not only does her leadership grant all Builders trained in the city an extra build charge, but Liang also has the ability to construct water improvements before most of the other ones unlock.

One of her best skills is the Tier 2 ability Reinforced Materials. Once you unlock this powerful attribute, none of your city’s improvements, buildings, or districts can be damaged by Environmental Effects, which is quite an invaluable asset. 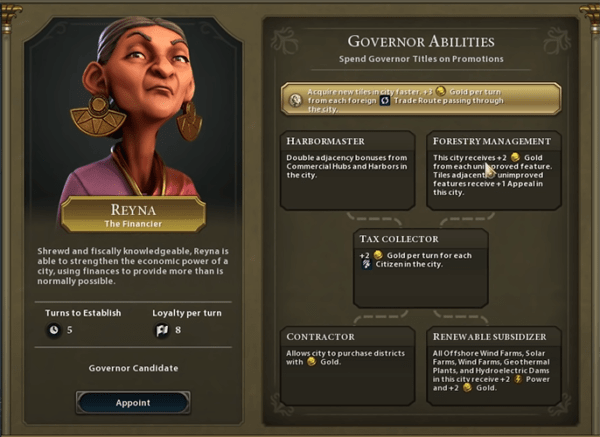 Reyna is the ultimate Governor for any major trading hub under your power. Her base skill grants you an extra 3 gold per foreign Trade Route that passes through your city. Additionally, her bonuses to tile acquisition are great if you’re looking to expand your borders.

A lot of Reyna’s skills revolve around increasing the amount of gold you pocket per turn. Her Tier 1 ability Harbormaster makes her highly valuable as a leader. Once you activate Harbormaster, you will double adjacency bonuses from Commercial Hubs and Harbors in the city. 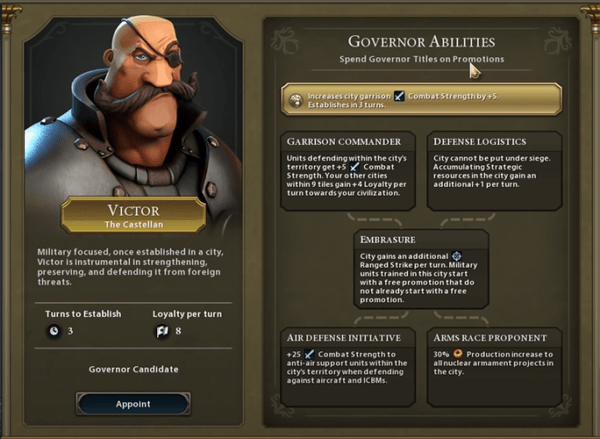 If you find yourself under constant attack from foes, then Victor is the man for the job. Installing him as governor grants an increase of 5 points to your city’s garrison Combat Strength. All of his skills boost your defenses and make your city ready to take on any aggressor.

For us, we can’t live without his Tier 2 skill Embrasure. This particular ability allows your city to make an additional Ranged Strike per turn. If that weren’t enough, any unit trained at the location he’s governor of gets a free promotion. This applies to all soldiers who don’t start with a free promotion already. If you want to wage a war or defend against one, then you can’t do better than Victor.

For our money, these are Civ 6’s best governors. For tips on picking the best leaders, or building tall or wide, check out our awesome guides on this amazing 4X Strategy masterpiece! 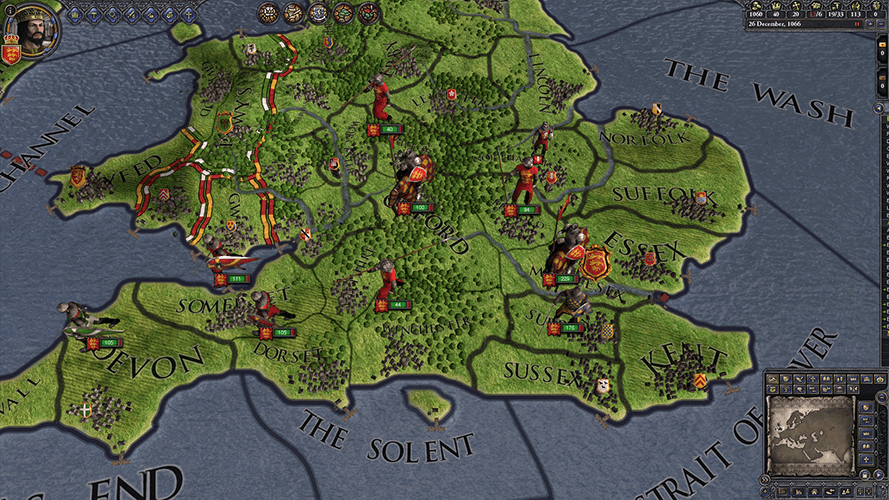 Nations of Faith in CK2: How Do You Change Religion

As the ruler of an empire, it’s important that you have the complete loyalty of your people. One of the critical aspects of this...