We know you’re bored of robbing banks, raiding casinos, and ruthlessly driving on the streets of Los Santos.

How about barging through barricades and aggressively yet stealthily conducting a robbery on a mafia owner’s private island?

Firstly, as a GTA 5 player, you must already be aware of the Madrazo Crime family. If not, then simply put, they are a vicious Mexican-American drug cartel that runs the show in GTA 5.

But how is this crime organization related to the Cayo Perico Heist?

The Cayo Perico Heist is designed as a task that GTA 5 players must complete to get into the good books of the Madrazo Crime family. A fortified island (owned by a drug lord named El Rubio) stores sensitive documents that are of extreme interest to the mafia. As a player, your task is to penetrate through the roadblocks to capture the documents and present them to the family.

What Is The Cayo Perico Heist?

The Cayo Perico Heist is a brand-new GTA 5 heist that revolves around a silent quarrel between El Rubio and the Madrazo family. As an accomplice of the Madrazo empire, you’ll be tasked with the adrenaline-sparking burden of breaking through a mafia’s party-based fortress and navigating across premium-level security. Remember, despite the nerve-racking problems you’ll come across, the goal is to merely steal some invaluable files.

El Rubio has decided to steer clear from familiar faces in Los Santos and set base in a beach-surrounded territory guarded by terrorists. Despite the intimidating description, the island is known for raves and party festivals where visitors can revel in the presence of superior quality drugs and seductively attractive women. the car went in full throttle.

How Will You Reach The Cayo Perico? 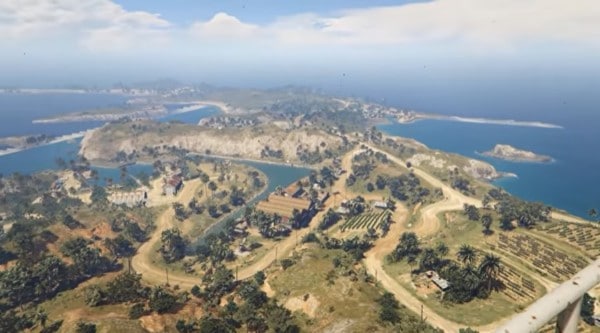 You are automatically taken to Cayo Perico without any effort! Miguel has made an effort to reserve a seat on a private plane straight to the island. Once you arrive, the thrill of being privileged with the opportunity to scope out a drug lord’s holiday home will leave you at the edge of your chair.

Make sure to maintain a low profile once you leave the party and embark on the property where the documents are safeguarded. Be vigilant and look out for armed security, cameras, and any of the island personnel that can spill the beans of your mission. At the same time, stay mindful of spotting weaknesses such as unguarded entrances and exits.

The goal is to collect the required gear and plan your breach as you like. There’s no specific style to fulfilling this mission. The creators have also ensured you have additional support options in the form of an airstrike or cutting torches to simplify your journey to the documents.

Few Tips To Enhance Your Chances Of A Successful Heist

Here are few tips that will boost your chances of a successful loot and a happy Madrazo family:

Here is a bunch of additions in the form of character customizations, vehicles, and weapons: 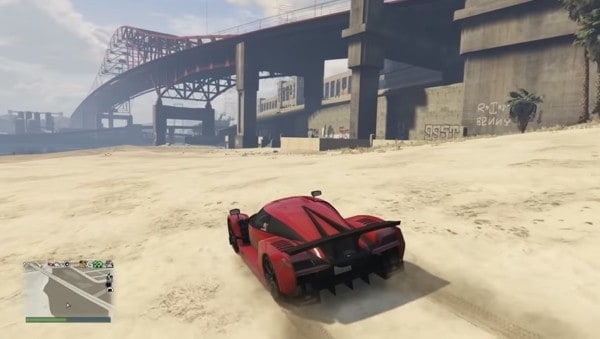 The Cayo Perico update has a series of character customizations that give a stronger appeal to the hooligan-like GTA atmosphere. With an addition of over 110 clothing alternatives, 28 full-fledged outfits, and 73 super-cool masks, you’ll be rewarded with some enticing character personalities.

Also, there are 33 tattoos, nine face paints, and a range of dance styles, including shuffle, sway, loose, slide, and tight.

Nine of these can be bought through in-game money, and the rest randomly pop up in the game during side missions.

All the GTA car-driving freaks will fall in love with the strikingly sleek construction of these vehicles. From a stealth helicopter that imitates the Sikorsky UH-60 Black Hawk to a 4-seater minisub that looks like a vehicle from the future to a sweep wing jet that shares similar fighter traits as vicious bomber jets, the vehicles choices will turn you on.

The weapon additions include everything from a pistol, combat shotgun, and military rifle.

Pistol: Known as the Perico pistol, it resembles the P-08 Luger plus the golden gun from the Bond series. Keep in mind, this is a special pistol that is locked away in El Rubio’s property. Find it, and you’re a boss!

Combat Shotgun: This weapon functions as a semi-automatic shotgun and shares similar architectural traits with the Remington 870.

Military Rifle: Based on the famous Bullpup rifle from the shooting game called Counter Strike, this rifle takes inspiration from the AUG A3.

Strategic Additions In The Perico Heist

Learn about six strategic additions to The Cayo Perico Heist that will make your GTA gaming experience more interactive and engaging: 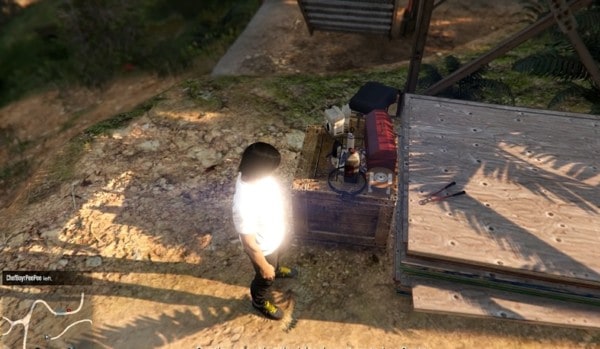 The bolt cutters will help you silently chop through padlocks during the heist. Even better, this equipment spawns without any certainty at various points on the map. The first of the four is around the power station, the second is hidden near the west side of the island, the third is in the northeast area, and the fourth pair is in the heart of the southeast territory of the island.

Luckily, if you navigate to the regions mentioned above, the bolt cutters should be kept either inside a workshop or above a crate.

There are several grappling hook locations spread across the island. Though they are in remote territories, you can find them around bolt cutters.

These hooks help pass over obstacles and supports players in performing acrobatic masterclasses that can surprise enemies. Most importantly, it’ll come in handy when attempting to climb thrashed walls in the compounds.

Situated pretty much like the power station is, the supply truck is your stealthy chariot that allows players to drive right through the compound gates. Since it’s Cayo Perico’s signature supply truck, you won’t be doubted by any onlookers.

Partly as the name suggests, though these attires do not resemble guards one bit, they are used to disguise your character to penetrate through the deadly armed security forces. There are four such clothing pieces, all found beside the supply truck. Remember, you’ll observe tiny green crates atop of which colorful clothing sits.

You don’t want to miss out on the control power! It literally disables Cayo Perico’s air defense system. What’s more, it creates a perfect welcoming for the player’s air support crew to penetrate the island.

Here is a list of new characters that have flooded GTA 5:

There are a few more residency and radio DJs, along with celebrity cameos, that you’ll come across while playing the game.

With this update, GTA 5 has added a plethora of new tunes to diversify its musical arsenal to great depths. With a dashing 250 fresh tracks spread across existing stations such as FlyLo FM and Worldwide FM and on the three new radio stations, players will get groovy during wait times.

Hands down, this is the largest ever update to GTA 5’s music scene. Here are the three new radio stations that you’ll come across:

Ever heard of stars such as David Cross, Tony Mac, and Mac DeMarco? What about Manchester Sounds of Joy Divisions or New Order and A Certain Ratio to heavy throwbacks from Danzig? Well, combine these artists along with Iggy Pop and the host of Kult FM, named Julian Casablancas, and you’ll sense their vibe on the special “Vespucci Beach Low Power Radio” emblem of this radio station.

Welcome to the all-new debutant radio station, The Music Locker Radio. Expect the most pumping beats to break through the walls of the clubs of Los Santos and be broadcast on the radio. For all house, disco, and techno lovers, ultimate sets from Moodymann and Palms Trax crack open your adrenaline storage and unleash the actual aggression within you.

DJ Joy Orbinson from the UK owns this station. Despite having a shop set up in Los Santos, he uses it to broadcast his private radio network. But he faces significant signal issues and cannot branch out of Mirror Park. Players even had the opportunity to support their favorite local disk jockey and help him boost the signal across the neighborhood.

But wait, has he finally broadcasted the Still Slipping Los Santos radio station across the state? 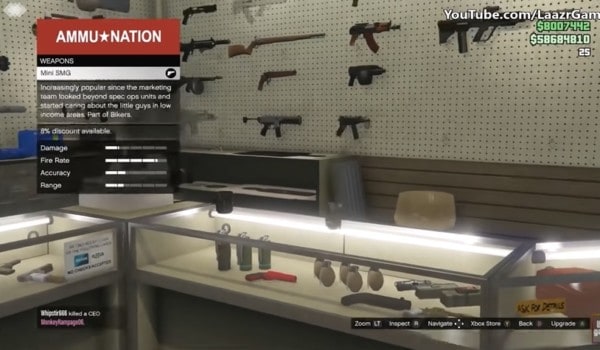 With armed boats, armed submarines with torpedos and missiles, stacks of gold, lavish houses, vicious characters, psychedelic beach parties, and a top-notch helicopter labeled “Annihilator Stealth,” all GTA 5 players are going to lose their minds with the Cayo Perico Heist.

The entire game design from El Rubio’s private compound, mansion interiors, and the island’s top view while in the air will give you an ocean of infiltrating ideas.

It wouldn’t be fair to give you information on all the additions, be it aesthetics, gameplay, story modifications, or the newly refurbished funk element of the heist.

Bonus Read: These nine best GTA 5 cars will transform your gaming experience into one of an epic racing game. The only difference? You’re at liberty to travel anywhere, crash into anything, and do what you like with the car!