Think you’re having a rough week?

Try convincing a horde of blood-thirsty villagers that you shouldn’t be burned at the stake.

One of the more recent free games to appear on Steam, Burn Me Twice is a murder mystery with a mythical twist. This thrilling title comes to you from Null Reference Studio. It’s the only game produced by the company on Steam so far. However, there’s a good chance you’ll be left wanting more after this magical experience.

Burn Me Twice combines segments of Sherlock-style investigation with puzzles that leave you feeling like Pheonix Wright, Ace Attorney.

I channeled my inner witch to give you a behind-the-scenes insight into this free-to-play game.

Here’s what you need to know.

Let’s Get Ready to Solve Some Crimes

The premise of Burn Me Twice is simple enough. You’re a witch named Abigail von Rattenhartz (great name), who has to either solve crimes or submit to being burned at the stake. Not a tough choice to make.

Abigail was captured by the inquisition for an important reason. There’s a mysterious plague going around, and the town is sure there’s some magic tom-foolery afoot. In exchange for 24 hours of freedom, you agree to figure out where the illness is coming from.

Players are thrust suddenly into the town of Dustenburg, which is facing its fair share of problems. You need to explore your location carefully, interviewing characters, and trying to get your head around what’s going on before you run out of time.

At first, the game feels very similar to Ace Attorney shenanigans, but there’s more exploration involved than you’d usually get with the Pheonix Wright saga. The colorful and cleverly-designed medieval town hides secrets around every corner. Plus, you get the added benefit of being a witch. 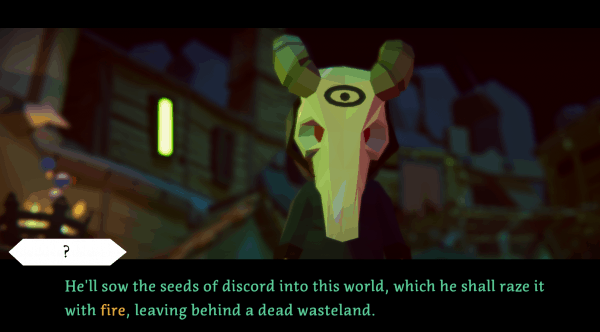 Your witchy powers mean that you can do much more than scream “Objection!” at a jury. Instead, you have the freedom to manipulate space and time to find out who’s killing people in your “quaint” little town.

The fact that you get to re-live your final day before being burned at the stake gives the game Majora’s Mask vibes. You might repeat the same day, but every time, you have more knowledge and skills that you can use to your advantage. Heck, you can even speak to the deceased victims of the crimes you’re looking into. That’s a handy skill to have.

A Great Premise with a Few Stumbling Points

Becoming Abigail is a lot of fun.

You get to solve puzzles, interrogate suspicious-looking townspeople, and traipse through the otherworldly landscape of the dead. All of those components turn what could have been a pretty boring and straightforward game into something more immersive. 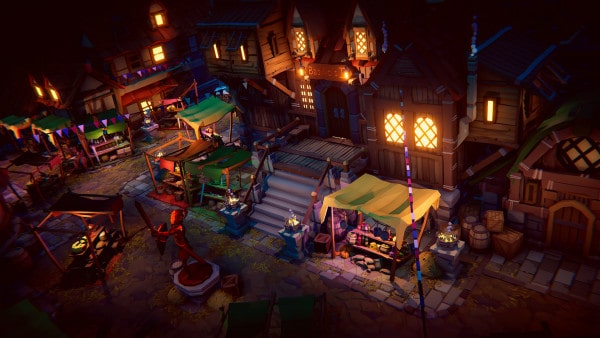 The only problem is that certain aspects of the game feel a bit too complicated. As you play, you unlock more powers and opportunities, which can make things a little fiddly. You need to explore every nook and cranny on the map to really discover the truth. This also means switching between the real-world, and the “otherworld”, where you’ll find helpful ghosts.

Another power – the option to switch between time periods – gives you even more people to talk to. However, you can’t just tick off conversations one-by-one.

You need to be strategic. 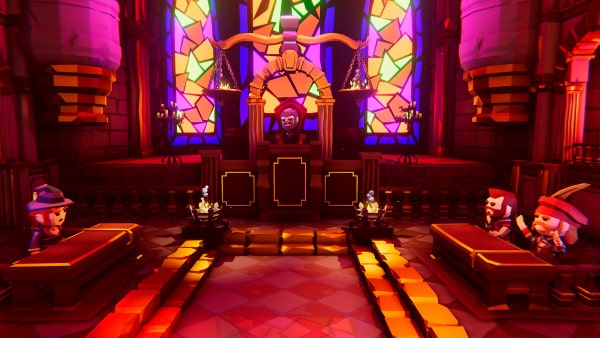 Things like speaking to a ghost in the library in the middle of the night can lead to different outcomes elsewhere in the game. The actions you take on the morning impact who you can speak to on the night, and so on.

Since you can only switch between time periods from your bed, it starts to feel like you’re doing a lot of running backwards and forwards. Plus, when you swap to an earlier time, you have some handicaps to overcome. You still have the knowledge that you’ve learned so far, but you need to re-do any of the puzzles you completed later in the day.

While the puzzle aspects of this game aren’t super challenging, I rarely feel like doing the same thing three or four times. This can make Burn Me Twice feel tedious at times. It pulls you out of the immersive aspect of the game in a way that might be frustrating.

A Magical Game That Misses a Few Tricks

There are clear elements in this game intended to make your life easier. The places you examine take on a different color on your map, so you know where you need to check later. However, those areas lose their coloring over time.

Additionally, it feels a bit like some of the game’s mechanics are left unfinished. Early in the game, you get the impression that you can sneak around in ghost-mode totally undetected. Later on, a puzzle that requires you to side-step a few pesky guards contradicts that idea. It’s as though the game’s developers couldn’t figure out which route they wanted to take. 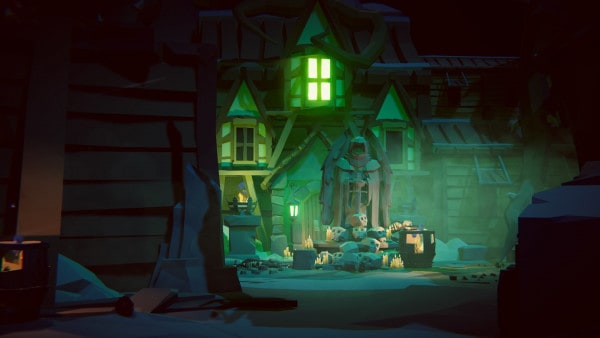 Another area where the game is frustratingly inconsistent is in the genre. Initially, you’re a blocky little figure running around, collecting clues. Towards the end of the game, there’s a sudden shift where you’re running away from a wave of zombies, shooting for your life.

There’s nothing wrong with the game developer’s decision to do some experimentation. What better way to get feedback than to create a free game and see which bits your audience like the most? However, sudden switches in style do leave the game feeling a bit disjointed. 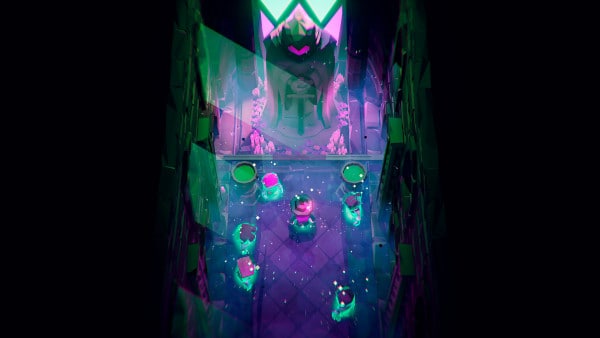 Hopefully, the games that Null Reference Studio produces will be a lot more consistent. Now that the team has had a chance to find out what actually works for them, I can see them doing some really interesting things.

Another plus side of this title worth mentioning is that it’s great for value. A lot of free-to-play games only take up around 30 minutes of your day. This game should take a few hours, depending on how long it takes for you to explore everywhere and finish the puzzles.

Is This Game All Sizzle, No Steak?

There were a lot of components of Burn Me Twice that I enjoyed. It’s obvious that the developers put a lot of heart into this game. The background design is excellent, although I wasn’t too fond of the style of the characters. The sharp edges of the cartoonish figures made the title feel a bit under-edited to me.

I enjoyed the story and appreciated the amount of work that went into making everything feel connected. I just wish that the developers had put a bit more time into making sure everything works.

You really need a console controller to get the most out of the game, as using a mouse and keyboard can be a real headache at times. Even when you get past all the complicated mechanics of the game, there are still bugs. For instance, you might spend minutes struggling to pick up a piece of evidence that’s right in front of you. 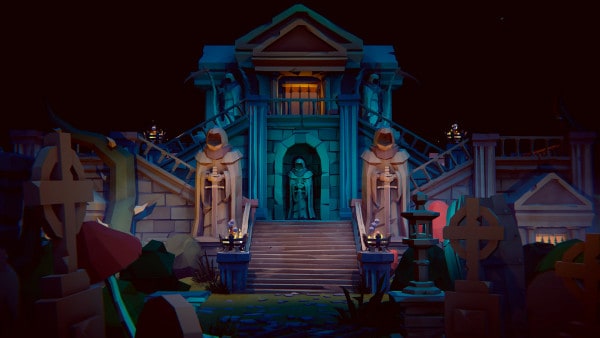 I think the main problem here is that the company tried to create something more advanced than they could really handle straight away. There’s some serious patching to do here, although I’m sure that Null Reference is going to handle that.

In the meantime, if you don’t mind struggling with a few bugs, this is a game definitely worth checking out in your free time. The unique elements and appealing atmosphere work together to provide a fun couple of hours.

If you want another way to spend some time without spending cash, check out some other free-to-play titles like Gwent or We Went Back.