Usually, when I scroll through Steam to discover new free-to-play titles, I focus on the latest options. That way, I can give you some insights into games you may not have heard before.

This week, I’m going to be looking at a game that you probably have heard of. 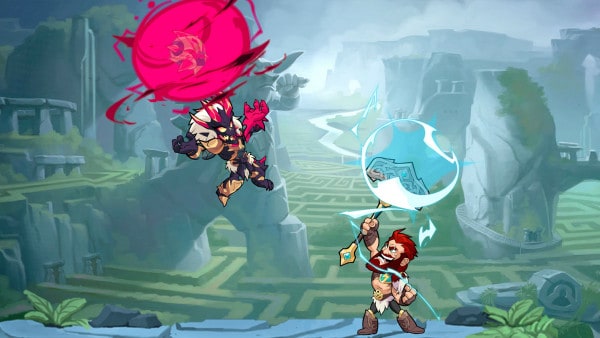 Back in 2017 when the game appeared, most people weren’t sure if it could be a hit. After all, there have been plenty of games that have tried and failed to follow in the Super Smash Bros footsteps. It seemed almost impossible to create something just as fun without the wealth and scope of a company like Nintendo.

Yet, somehow Blue Mammoth Games and Ubisoft managed to pull something out of the bag here. What started as a basic platforming game for up to eight players has become a hugely positive title. Brawlhalla is now available on not just Steam, but Xbox One, PS4, and Nintendo Switch.

From Indie Game to Major-League Title

Brawlhalla started just like most free-to-play games on Steam.

You got a basic platform, with tons of microtransactions thrown in to transform the theme of the game. The option to buy new season passes and various characters make Brawlhalla painfully addictive and super lucrative too.

It’s no wonder that Ubisoft took an interest. In 2018, the company purchased Blue Mammoth Games and released an improved version of Brawlhalla. Though the core game remains free-to-play on Steam, there are a lot of ways to spend your money.

Despite various factors that would usually drive games away from a game like Brawlhalla, this title has achieved some fantastic things. It’s surprisingly fun and flexible as a basic fighting platformer.

Plus, Brawlhalla frequently has crossovers with various big-name brands. Pulling characters from Adventure Time, WrestleMania, and even Ben 10 into the mix means that this is a game that never gets boring.

What’s more, while Brawlhalla does have quite a few things in common with Super Smash Bros, it does try to do its own thing. For instance, every fighter has two different weapon styles to play with.

The other big difference is that you can play Brawlhalla for free if you want to.

At the time of writing, the game is free to play on every platform. Anyone who feels like playing can download the title and play with a rotating roster of free-to-play characters. You only get a handful of characters to choose from, unfortunately (six in total). 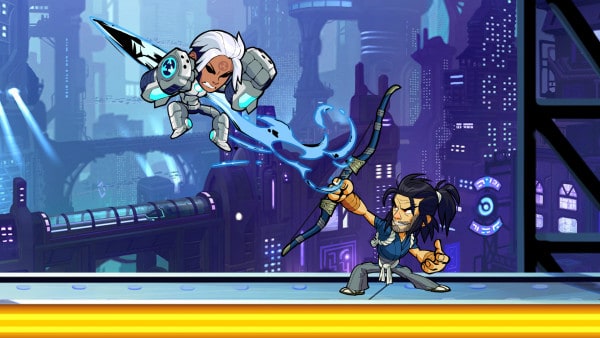 If you want access to more characters, including those from your favorite shows, like Steven Universe, you need to earn coins. Coins are available whenever you complete daily missions or win matches. However, you can pay to unlock all current “legends” (characters), and future legends too.

Versatile Fighting and Lots of Variety

At first, Brawlhalla doesn’t seem like it should be a lot of fun.

The mechanics of earning coins for characters reminded me of the kind of stress that came with playing things like League of Legends.

However, there’s a different vibe when you get into the actual gameplay. Brawlhalla’s fighters are all charming and playful takes on famous characters from all kinds of media.

The longer the game stayed up and running, the more diverse the character list became.

To make experimenting with characters a little easier, Brawlhalla keeps its controls simple. There’s a button for light attacks, one for heavy attacks, and a button for jumping. There’s also a bunch of different weapon types to check out too. 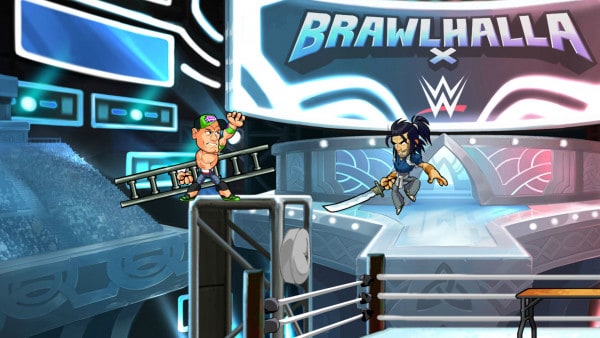 Some characters are designed for ranged combat, with guns and crossbows. Others thrive best when working through close-up attacks.

However, there doesn’t seem to be a huge amount of difference between every character. There are only so many ways that you can combine different weapons and moves after a while. That’s not necessarily a bad thing.

Just as you find a fighter on Smash Bros that works best for you or a racer on Mario Kart that you pick every time, you’ll discover favorites in Brawlhalla.

A Game That Keeps Evolving

As Brawlhalla’s dedicated community continues to grow, new updates continue to appear all the time. You can invite friends on any platform to fight with you in custom rooms. There’s also the option to mix things up with many-games mode. 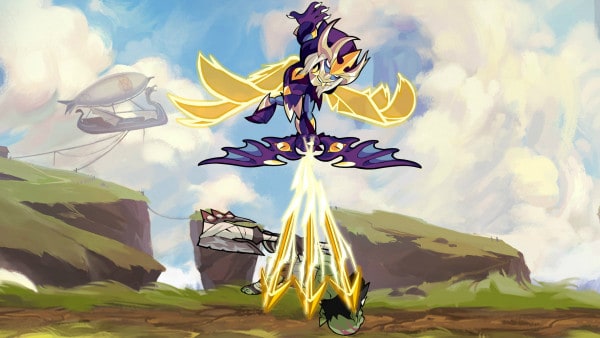 Many games mode rotates you and your team through a series of different party-game experiences. You’ll explore things like Bomsketball (speaks for itself) and capture the flag. This means that Brawlhalla avoids some of the repetition of similar platform fighting games.

As you progress through fights and experiment with different modes, you learn new skills. Weapons fall from the sky (just like with Smash Bros), and you learn how to use them as you go.

Outside of weapons, there’s also plenty of extra “components” in each match-up that make things a bit more interesting. Think spike balls, bombs, and mines for instance.

One particular game mechanic that I enjoyed in Brawlhalla was the ability to jump three times in a row and scale various walls. This means that you can explore a lot of different fighting styles with tons of mobility. 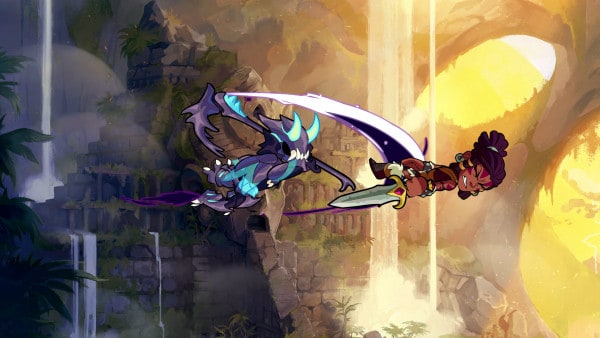 Let’s not ignore the visual impact of this game, either.

While nothing replaces Kirby’s Dream Land (and it’s amazing theme tune) in terms of fighting environments for me, Brawlhalla does look good. The developers have put a lot of time and effort into making both the characters and the stages stand out.

A Living Legend in Free-to-Play Fighting

If you’ve never seen or heard of Brawlhalla before, it’s easy to see it as just another version of a tired gimmick. There are a lot of “same-y” characters and mechanisms to remind you of Mortal Kombat and Super Smash Bros. But this is a unique game in its own right.

The gameplay feels fresh in all the right ways. Plus, the fact that the developers haven’t simply rested on their laurels for the past few years is nice too. Updates, new fighters, and new experiences frequently roll out. There’s about $100 worth of extra DLC if you want it.

What’s more, despite the option to pay for certain parts of the game, this title isn’t pay-to-play. That would make it a massive no-go option in my book. 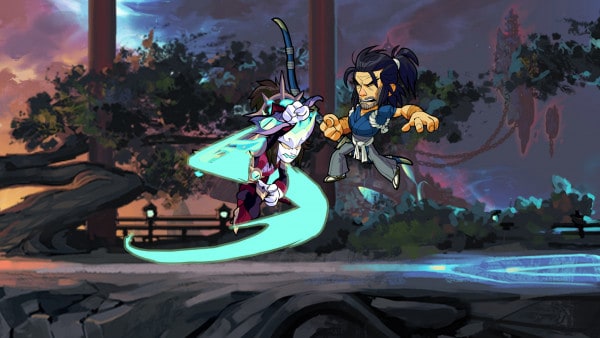 Sure, you can pay for extra customizations and new characters to play with, but you don’t have to. Paying for a character doesn’t mean that you’re guaranteed more moves or weapons. You just get a different aesthetic to enjoy.

You can unlock things like skins and taunts with real money too, but again, that’s not mandatory. However, if you do like the idea of earning skins, I will note that there’s no quick option if you won’t open your wallet. Earning coins through tasks and battles takes forever.

Despite this, Brawlhalla is a fun game that feels satisfying on every level.

If you’re a fan of Smash Bros, or you just want a fun cross-platform fighting game, this is it.

I’d definitely recommend splashing out for the full all-legends pack if you can afford it, though.

Check out other free games like Enemy on Board here.

In this article:2D platformer, Brawlhalla, Free games on Steam, Free to play, Games on Steam