Looking for a way to blow up your boredom with some playful four-player fun?

We’ve got you covered.

If you’re a fan of competitive games and explosions, then you’ll love Bomb Bots Arena.

This is a game that takes a fresh approach to the Bomberman experience, combining puzzles with fast-paced action. Every standard match features no more than four players. This ensures that games are quick and a little chaotic.

The game aims to blow your friends away by kicking explosions down hallways and setting up perfectly-timed detonations. You can jump over the bombs that get in your way, or just hide from your competition by building crates.

Become a Detonation Dynamo and Challenge Your Friends

Bomberman is an arcade classic that most gamers are pretty familiar with. Initially, the game series started in Japan during the 1980s. Over the years, it’s evolved at an incredible rate. Today, Bomberman exists in over 70 different games on various platforms.

Bomb Bots Arena doesn’t feature the Bomberman character, but it gives you a similar experience. The game is all about multiplayer. 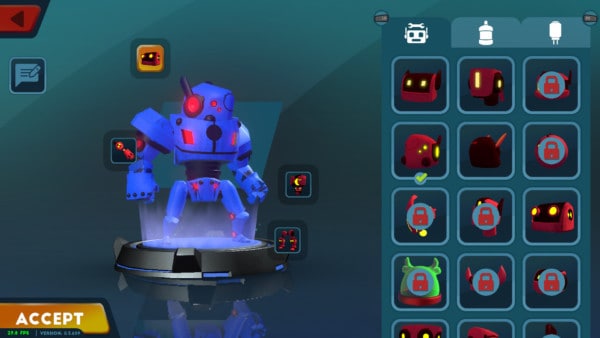 However, if you don’t have any local pals to play with, that’s no problem. You can log in online, and the system will match you to a crew with a similar skill level. Just keep in mind that the online players are pretty competitive so you might get a little frustrated at first.

The great thing about Bomb Bots Arena is how fast the gameplay is. This is the kind of title that lets you play dozens of matches in an hour or so. As you progress and gain more experience in the game, the arenas evolve. Eventually, you’ll be contending with things like burning walls that push you and your competitors closer together.

I found that the gameplay here gets very intense in a small amount of time. However, that’s not necessarily a bad thing. If you’ve played similar Bomberman style games before, you could probably do without any excessive hand-holding anyway. 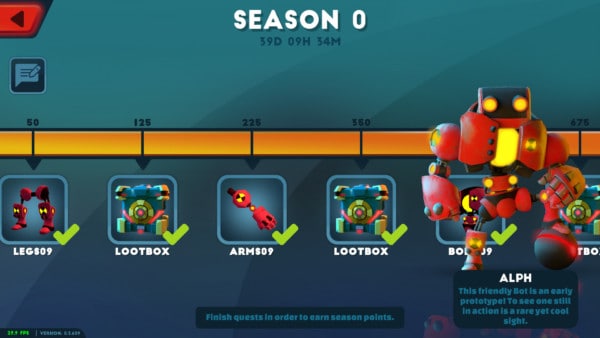 The rules are also pretty easy to come to terms with. You jump over bombs and obstacles to stay alive or put pressure on other players. Bombs come in a variety of different styles, from remote control options to devices that explode on command.

Need a little extra time to plan your strategy? No worries just punch your enemy in the face and dash across the room while they’re still stunned.

Personally, I think Bomb Bots Arena is a lot more fun if you have a regular crew of pals to play with. While online multiplayer is still fun it’s a lot more entertaining to hear your friends panic when you chuck a bomb in their face.

To make it as easy as possible to play with friends, Bomb Bots Arena doesn’t just offer free to play action. The title is also cross-platform compatible. That means that your pals can join in, even if they don’t have access to Steam on their PC. 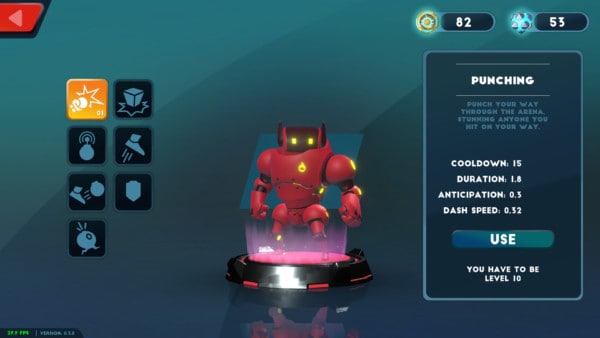 Right now, there aren’t a lot of options for how to play Bomb Bots Arena. However, the developer, Tiny Roar, has big plans. This mobile-friendly game will eventually deliver things like a Battle Royale mode, alongside custom game types. Here, you’ll be able to adjust things like the size of the arena, and what kind of items teams can use—a bit like the Worms series.

However, the chances are that new game modes and play styles will come with a price tag. Be prepared to pay a small fee for your upgrade.

According to Tiny Roar, the team already cut down a bunch of available features when trying to make the online multiplayer game as sleek and streamlined as possible. Although it was difficult to remove some of the game elements, the developer said they’re not gone forever, just on hold. 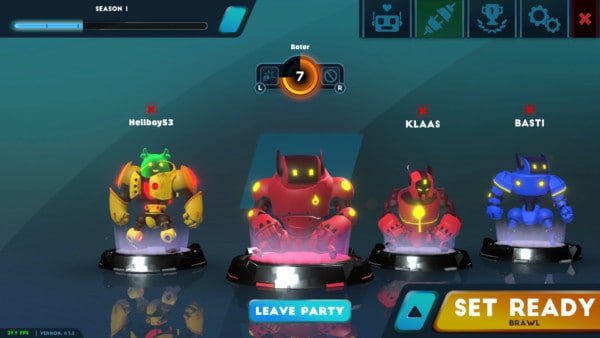 Since Tiny Roar is committed to consistently upgrading and releasing new “seasons” of the title, we’re likely to see a variety of extra features on the horizon. For Season 2, which appeared on Steam early July 2020, the developer released new level caps, and ability upgrades.

If you choose to play the Bomb Bots Arena online “season games”, you can earn rank points. Exchanging those points in the Arena store gives you access to various customizations and colors.

Find the Game Style That Works for You

One of the things I liked most about Bomb Bots Arena, is that it’s not just madness and explosions. Sure, it can feel like that at first, when you’re trying to get to grips with the fast gameplay. However, you’ll quickly discover new strategies and ways to make your game experience better.

For instance, as you progress through various arenas, your character levels up. The more experience you earn, the more you can use new abilities. Combine various abilities, bombs, and item options to create your own ideal play style. For instance, you’ll learn how to throw bombs, kick, and jump. Plus, you’ll eventually have the option to play around with things like walker bombs too. 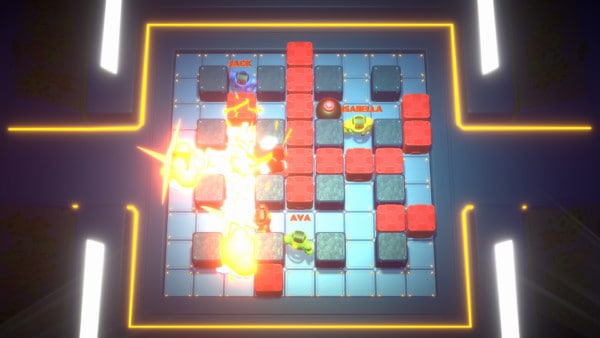 Although leveling up gives you more unique experiences to explore, you don’t become excessively over-powered at any point. Each new ability comes with challenges to consider, so you need to ensure you’re being strategic. For instance, remote-controlling a walker bomb leaves you open to attack.

Outside of matches, you can also customize your bot character. There are various awesome cosmetics and styles to choose from, so you can really make your robots feel unique.

Ultimately, Bomb Bots Arena isn’t the kind of game that’s going to change your life. This isn’t an immersive title like Breath of the Wild, or Skyrim. However, if you’re looking for some fun, fast-paced matches that demand speed and strategy, this is the game for you.

The Bomb Bots Arena Steam version is available now, but you can also find the app on smartphone app stores, (Apple Store and Google Play). The team is also planning on bringing the game to Nintendo Switch, so you’ll have an alternative to Animal Crossing.