What’s the real secret to getting the most out of a game?

Some players may say you should hunt down all the achievements. Other players may claim you need to play through using every possible faction and difficulty level.

The real answer, though, is mods. Mods can add simplicity and convenience to different game tasks. In some cases, a “total conversion” mod can completely transform the original game into something brand new.

Stellaris is a game made for mods. Where should you get started? Keep reading to discover our guide to the very best Stellaris mods! 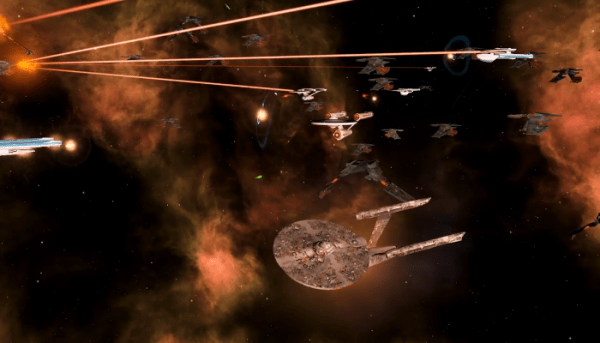 If you’re a fan of Stellaris, you’re probably a fan of sci-fi and nothing is more sci-fi than Star Trek. With the Star Trek: New Horizons mod, you get a Stellaris Total Conversion to help you “boldly go” into the Trek universe.

What impresses the most about this mod is the sheer scale of everything. You’ll see authentic Star Trek ships, races, events, and more. The core gameplay is very fun, and there are a ton of Easter Eggs for veteran Trek fans.

Honestly, the only bad thing I can say about this mod is that it may spoil you. After you play a mod this good, it may be difficult for anything else to truly measure up! 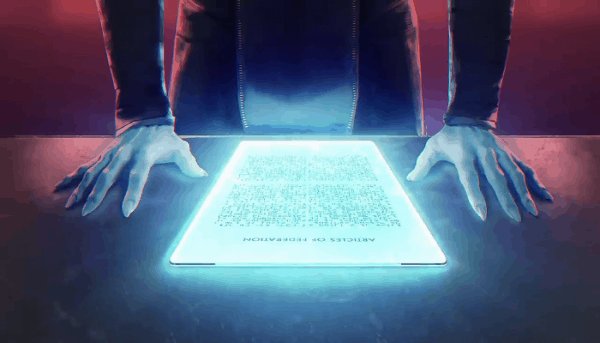 Sometimes, the best mods are simple in nature. That’s a pretty solid description of the Civilian Trade mod.

With this mod, you’ll see independent civilian traders popping into various sectors and trying to sell you merch. It makes gameplay a bit more convenient, all while making the space lanes seem a bit more realistic.

This mod even goes the extra mile and adds things like trader techs, special events, and a new war goal. All of this adds up to more replay value for your favorite game. 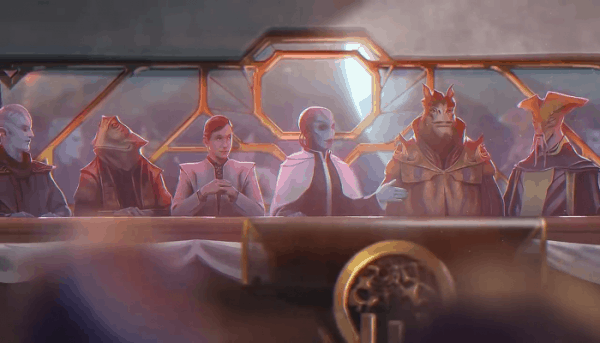 Part of what makes Stellaris cool is that there are so many different things to manage. Even if you don’t like mucking about with starships and tech trees, interstellar diplomacy offers its own fulfillment.

Unfortunately, there’s only so much of that. That’s where the Dynamic Political Events mod comes in.

This mod simply adds more event chains to your empire, giving you more political hurdles to handle as you expand throughout the galaxy. Ultimately, the mod makes the game feel more…well…dynamic than the original game ever was! 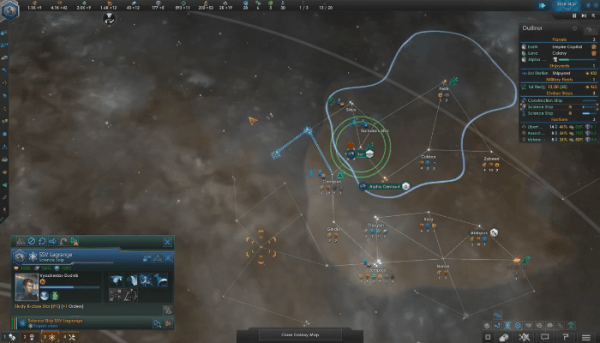 What if you didn’t want a Stellaris Total Conversion so much as a sequel? In that case, AlphaMod 2.5 can make your dreams come true.

The mod is designed as an expansion for Stellaris, and it includes new resources, ships, buildings, mechanics, and governments. Just like the first time you played the game, half of the fun is figuring out how all of these new things interact with one another.

This is also a great mod to start with if you’re new to modding. It gives you plenty of new content, but the core gameplay and game graphics remain safe and familiar. 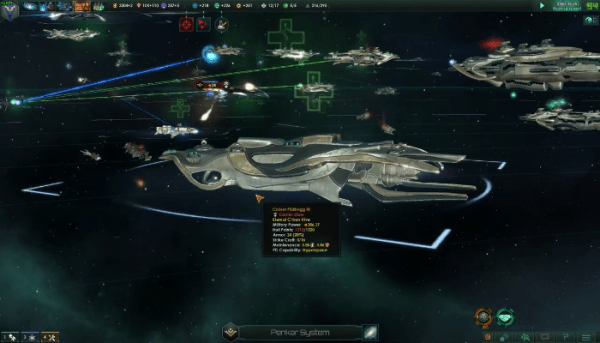 Stellaris has some very realistic space battles. Unfortunately, once you get enough ships involved, “realistic” also means “cluttered and confusing.”

The ZBeautiful Battles mod fixes this by tweaking many small factors such as attack ranges and ship collision awareness. Along with other factors, the final result is that you can see what is happening with these space battles.

Once you get a taste for making the game look better, you may want to switch to the Improve Space Battles collections of mods. These mods improve everything from the graphics to the balance of your interstellar skirmishes. 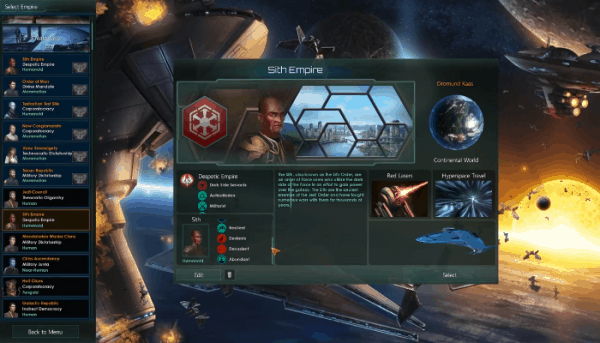 Do you like total conversions, but you’d rather deal with Sith than Starfleet? In that case, the Star Wars: A Galaxy Divided mod may be perfect for you.

This is a total conversion that turns the familiar Stellaris setting into the Old Republic setting of Star Wars. While any Star Wars fan will dig this mod, Knights of the Old Republic fans will be particularly excited to explore this period of time.

Ultimately, this mod is ambitious and chock full of details from a galaxy far, far away. You’re going to be spotting cool Star Wars Easter eggs every time you play this mod. 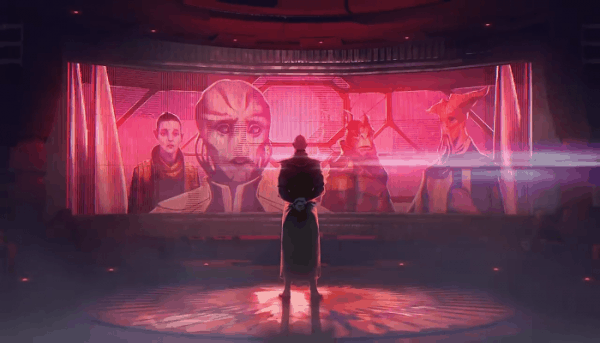 Most of the “vanilla” Stellaris experience focuses on your dealings with other developed empires. Have you ever wanted to do a bit more with the primitive races of the galaxy?

It helps that this mod is from the same people who brought us AlphaMod. That means you can expect a lot of polish and personality from every aspect of this mod.

The Rick and Morty Overhaul 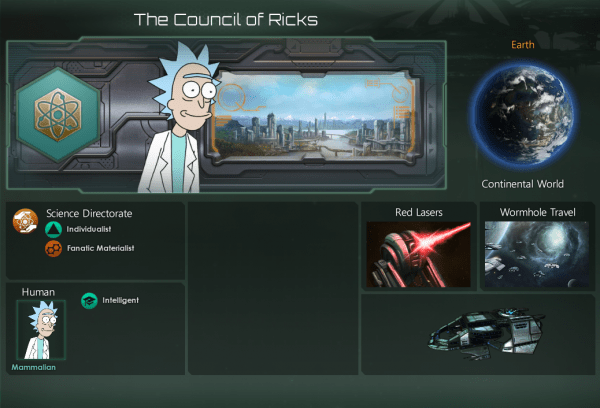 As a show, Rick and Morty has become a bit more cosmic with every season. In its own warped way, it makes a lot of sense that we’d eventually get a Rick and Morty mod for Stellaris.

The Rick and Morty Overhaul adds some familiar show elements to your game. This includes the Galactic Federation, the Zigerion Empire, and yes: the Council of Ricks.

You can expect to see new things added to this mod pretty regularly. For now, though, things custom leader portraits and the beloved Mr. Meeseeks are enough to keep me happy! 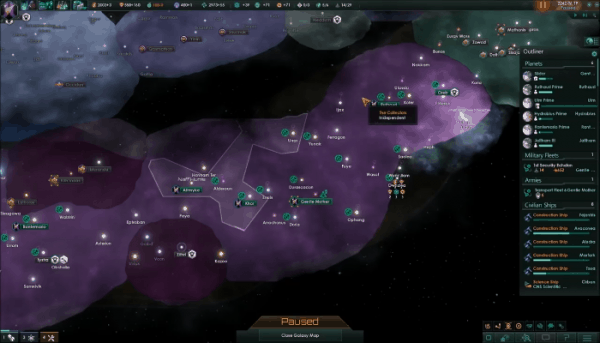 Robots occupy a weird space in Stellaris. On one hand, they play a major role in planetary development, either suffering as slavish automatons or fighting for their freedom. For all of the cool robot development, you don’t get a chance to actually play as the bots.

Until now, that is! With the Playable Robots mod, you can play around with 16 different android races. Each race has its own unique abilities and rules that you must master.

Will you show humanity how to do it or cull the galaxy of those organic meatbags? Only you can decide. If you like this mod, you may want to take things to the next level with the official Synthetic Dawn DLC. 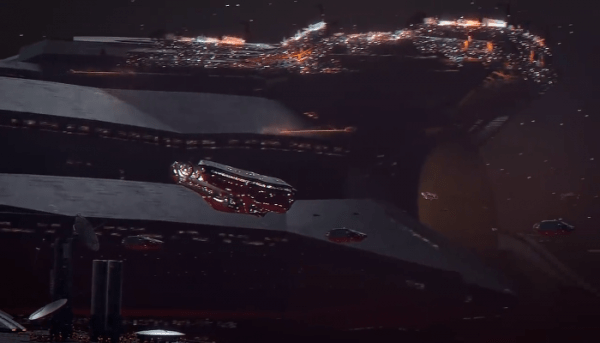 There is a lot of beautiful imagery in Stellaris. Unfortunately, space itself is kind of bland. The vanilla portrayal of space doesn’t exactly call to mind the wonders of exploring the galaxy.

The Best Stellaris Mods: Your Next Move

Now that you know what the best Stellaris mods are, do you know how to get even more out of your game?

Mod or no mod, nothing feels better than victory. To unlock the keys to victory, check out our guide on how to win a war in Stellaris!