Ever hear a PC gamer argue with a console gamer about why computer gaming is superior? Very often, the argument can be summed up with one word: “mods.”

With computer gaming, you can take a great game like Rimworld and make it even better by downloading some killer mods. However, there are so many mods out there that it can be difficult to separate the trash from the treasure.

That’s why we’ve assembled our list of the best Rimworld mods that you can play right now. With these mods, you can create the feeling of a brand new game with every download! 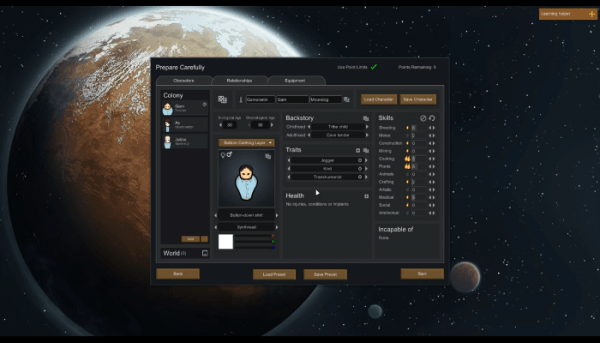 For some players, the random and chaotic elements of Rimworld are part of the charm. For others, though, the unrelenting chaos may drive you to pull out your hair in frustration.

If you’re in the “frustrated” camp, you should check out the Prepare Carefully mod. It lets you customize your colonists (names, traits, equipment, etc.) and starting resources. By stripping out the game’s original points limit, this mod allows you to do some crazy things almost right away.

This is one of the best mods for Rimworld when it comes to empowering the player. 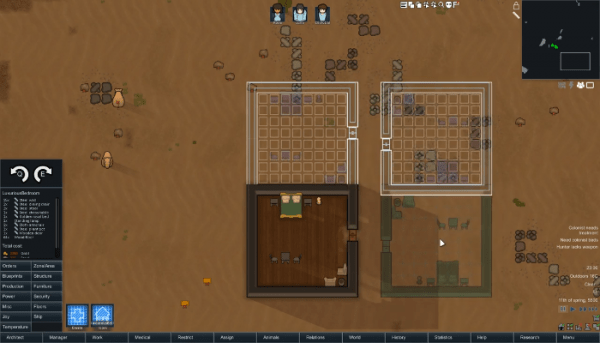 Maybe you started Rimworld with ambitious plans to build countless buildings. However, nothing kills that ambition quicker than the need to start the obnoxious building process each time.

You can use this mod simply to save time or realize your vision of creating a suburban neighborhood on a distant alien world. Either way, this mod makes Rimworld a lot more fun! 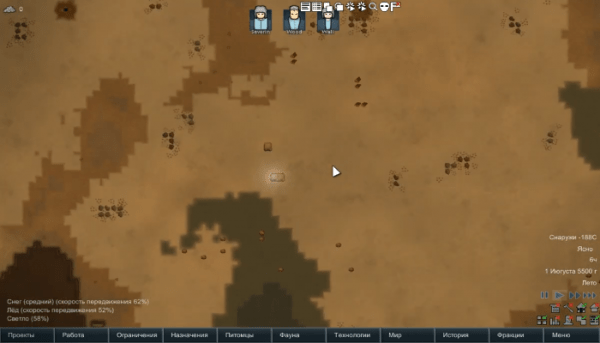 Let’s face it: if you’re playing a game like Rimworld, you probably enjoy micromanaging a small army of virtual colonists. Why not take that micromanagement to the next level with the World Edit mod by FunkyShit?

As the name implies, this mod allows you to make small changes to certain areas or major changes to the entire world. If you want, this can lead to some fun “playing God” scenarios where you come up with crazier and crazier scenarios for your colonists to face.

What if you feel like you’ve mastered Rimworld, though? In that case, you can use this mod to create the most difficult possible environments for you and your colonists. All of a sudden, you have the customizable “hard mode” you never knew you needed! 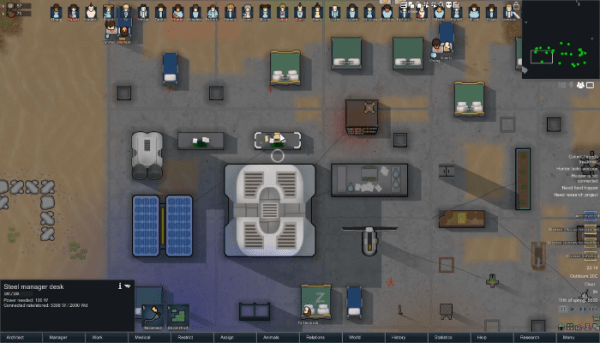 While micromanaging colonists can be fun, every player reaches a point where it gets pretty tedious. Eventually, you want to grab your monitor and tell your colonists to show a little initiative.

With the Colony Manager mod, you no longer have to manually select colonists to go forage for food and wood. Instead, you select how much you need of each resource and your colonists will do their best to meet your quotas.

This is one of our picks for best Rimworld mods because it puts these tedious activities in the background. That lets you concentrate on your next bizarre alien adventure instead of gathering food one click at a time. 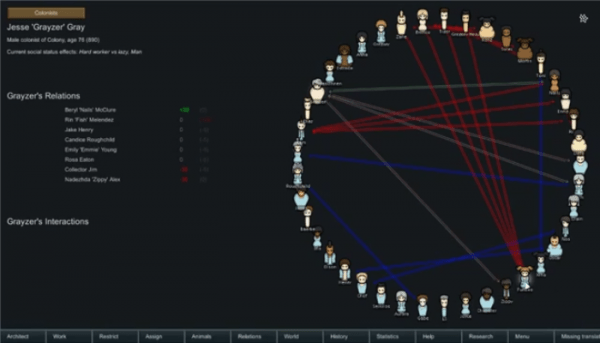 Longtime Rimworld players know that one of the best things about the game is also one of the worst things. What are we talking about? Managing relationships, of course!

Nurturing relations between different colonies and factions can be one of the most rewarding parts of the game. However, Rimworld doesn’t make it easy to keep track of these relationships, turning this rewarding element into an annoying chore.

With Fluffy’s Relations Tab mod, you get an easy and intuitive way to monitor colony relationships at a glance. It’s pretty simple as mods go, but this will definitely change how you play the game for the better. 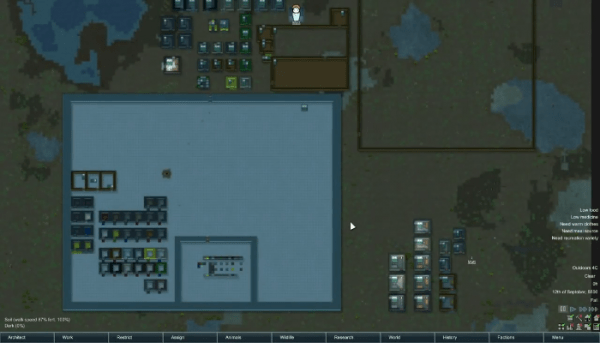 We usually don’t get too caught up in the argument that video games aren’t very realistic. Every now and then, though, some aspect of game design is so unrealistic that it really affects our enjoyment.

In Rimworld, that unrealistic aspect is room complexity. The game has strict rules in place for creating a brand new room. As everyone finds out when they get their first apartment, you don’t need much more than a mattress and a pillow!

That’s where Crisniper’s Realistic Rooms mod comes up. This mod simply lowers the room requirements so that you can create rooms more quickly using fewer resources. Use this to save plenty of time or, at the very least, to recreate your sad college apartment days! 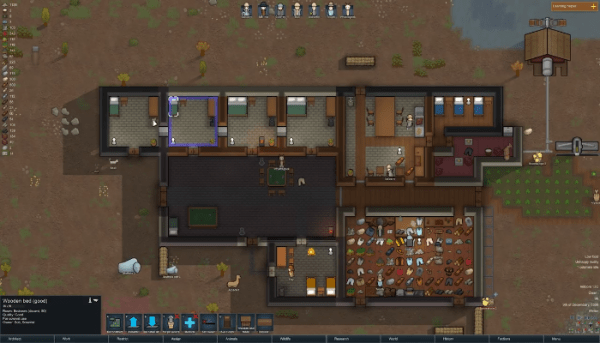 What does Rimworld have in common with a game like Street Fighter? Eventually, players realize they don’t know what’s going on and just start hitting buttons to make stuff happen.

Tech advancement in Rimworld feels like that because many players don’t know how to advance their tech level. You can either stay confused and low-tech or snag GHXX’s Tech Advancing mod.

This straightforward mod simply advances your tech level based on what you have chosen to research. Trust us: this mod is so intuitive that you’ll start wondering why the game didn’t ship with this feature! 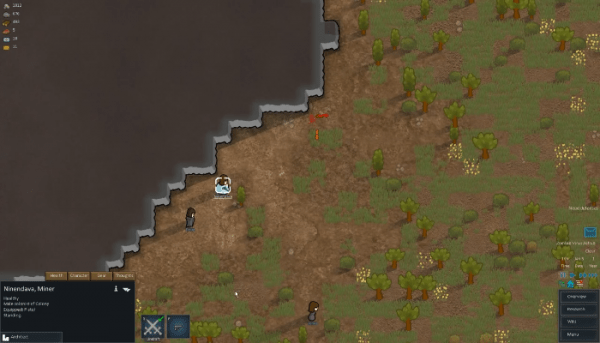 When you get down to it, there are basically two categories of mods. There are those intended to enhance existing gameplay and those meant to transform the game entirely.

The Zombie Apocalypse mod transforms Rimworld into a sci-fi zombie dystopia. Beneath this simple premise, though, is gameplay that real zombie fans can sink their teeth into.

Because infected colonists can spread their zombie disease, you need to either remove limbs to stave off the infection or permanently dispose of the colonists. Ultimately, this is a fun way to add apocalyptic moral choices to your game. 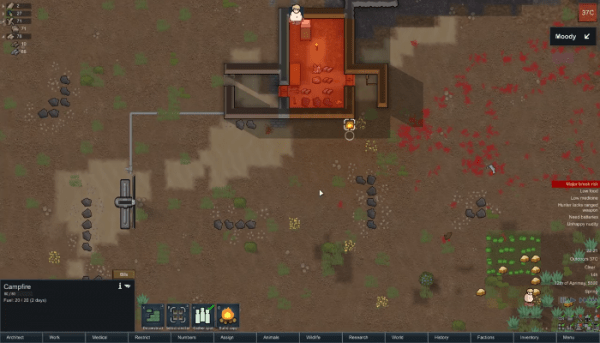 Allow Tool, a mod by UnlimitedHugs, is another mod that makes base gameplay 100% better. In fact, it’s the kind of mod you won’t ever want to turn off once you get used to it.

This mod provides a selection tool that allows you to select almost any element in the game. After that, you can draw out a square and basically select all of that kind of item within the square.

Using this to find where ore is or rearm all your mortars at once is a great way to save time and keep your colony safe. With a little creativity, you can constantly find new uses for the Allow Tool. 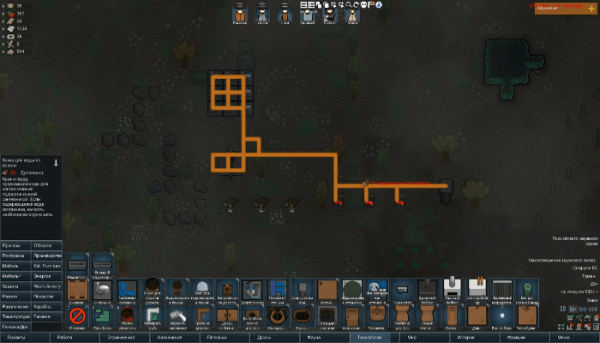 Our final selection for best Rimworld mods falls somewhere between “super realistic” and “super silly.” With the Dubs Bad Hygiene mod, you can turn colony hygiene into one more thing you need to manage.

What does that mean? In addition to survival concerns, your colonists will need to stay clean and use the bathroom. You’ll quickly find that, as in real life, nothing makes people happier than a major bathroom renovation!

Now you know what the best Rimworld mods are but do you know where you can learn even more about your favorite games?

Here at SideGamer, of course. Be sure to come back every week for more gaming tips and reviews.