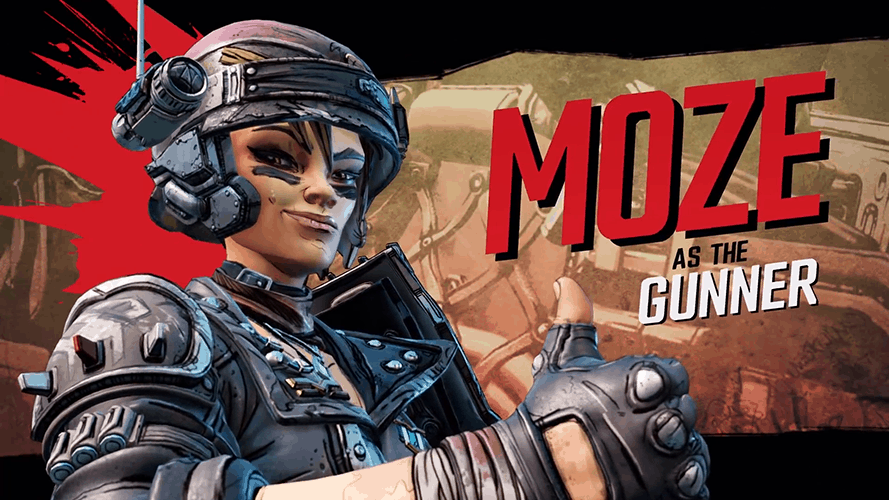 There’s plenty of debate about what the best Moze build in Borderlands 3 is. The Gunner class has three very interesting skill trees to pursue. Two focus on damage output, while the third is all about shields and defense.

However, regardless of a few of your choices, if you aren’t chasing down Moze’s Forge ability in the Bottomless Mags category, you’re denying yourself one of her best skills.

Follow our guide, and you’ll have a mech driving, bottomless pit of ammo at your disposal that will let you take on anything…including the newly released Takedown at the Guardian Breach. This is Sidegamer’s best Moze build in Borderlands 3.

Before we get started, we want to give a shoutout to bl3skills.com for the amazing skill point allocator! 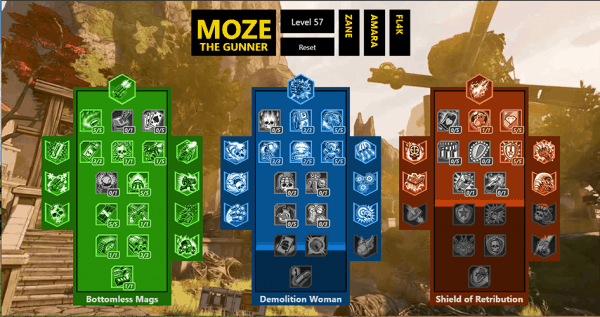 Almost half of your skill points will find their way to this particular skill category. There are some amazing skills that you’ll see below, but we have to confess, we spend so much time here because we want that sweet infinite ammo skill, Forge. 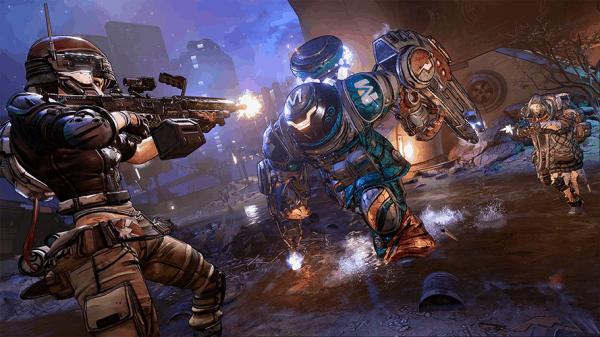 In our opinion, this is the only skill on the first level of Bottomless Mags that’s worth putting points into. Cloud of Lead gives you a chance to deal additional incendiary damage as you fire and also negates the consumption of ammo.

We max this skill out, and the result is that every fourth shot has the bonuses applied. Right out of the gate, you reduce your ammo consumption by nearly 25%!

The first two rows of skills in Bottomless Mags aren’t great. Our favorites are Cloud of Lead and Redistribution, two of the most important skills in the tree. But you still need ten points to unlock the next row down, and those four additional points need to go somewhere.

As mentioned, Redistribution is one of the most important skills to grab on your journey to Forge. After Moze scores a critical hit, she regenerates health and ammo for a few seconds. You can only map one point on Redistribution. Ammo regen is 5% while active, and health regen is 2.5%.

We need one more point to access the next level of Bottomless Mags, and Scrappy is the lucky winner. Scrappy increases Moze’s weapon damage, handling, weapon swap, and mode switch speed while she’s moving.

It’s kind of a specific skill, but we find it more valuable than either Dakka Bear or Matched Set. With that one point committed, it’s time to move on to the next row.

Since we’re working toward a Moze that never runs out of ammo, why not reduce how often she has to reload while we’re at it. That’s where The Iron Bank comes in. It’s a simple skill that increases the magazine capacity of all of Moze’s guns. We allocate five points to it, which increases magazine sizes by 35%.

Another semi-segue point. Specialist Bear increases the damage of Iron Bear’s hardpoint weapons if you equip the same weapon in both hardpoints. The boost is incredible at 60%, but it doesn’t directly contribute to our goal of endless ammo.

Some for the Road

Another great skill. After you exit Iron Bear, Moze gains infinite ammo for five seconds. It might not sound like much time, but considering that some guns can fire over 20 rounds per second, it adds up!

At first, you might think a skill that increases gun damage as a magazine runs out works at cross purposes with The Iron Bank skill, which increases magazine size, but think again! The larger the magazine, the bigger the boost, up to 60%.

And here we are, Forge. It’s not a complex skill, and you can only allocate one point to it. But once committed, you gain the passive ability to regenerate ammo at the rate of 5% of the magazine size per second. This only applies to the currently equipped weapon, but it’s easy enough to swap weapons as needed.

Combine this with all of the above ammo regenerating or cost-reducing skills, and you basically have a Moze that will never, ever run out of ammo. It’s amazing.

Believe it or not, we still have about half of our skill points left to allocate. With those points, let’s unlock the ability to stay in Iron Bear as long as possible. That’s where Demolition Woman comes in to play. 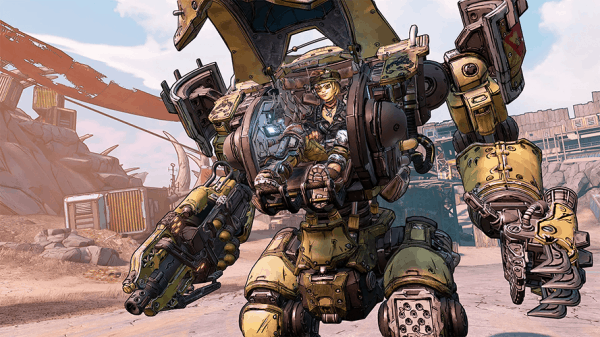 Deadlines reduces the fuel cost of firing Iron Bear’s weapons and grants extra fuel for killing enemies. At three allocated points, fuel drain drops by 30%, and fuel gain from killing is 6%. This skill alone dramatically increases how long you can pilot Moze’s mech.

Now that we’ve minimized the cost of using Iron Bear, why don’t we maximize how often we can hop on board. Grizzled is a kill skill that reduces Moze’s Action Skill cool down for each enemy defeated.

Just when you thought we were done with ammo regen skills, here comes Means of Destruction! When Moze deals splash damage, there is a chance to return ammo back to her currently equipped weapon. This applies to grenades as well, though at a lower percentage rate.

We allocated two points to Torgue Cross-Promotion which is a skill that will occasionally double the damage radius of all splash damage. At two points, it increases the damage by 12%, and the chance for the skill to activate is 6%. If the level cap rises again, this will be the first skill that sees more allocated points.

Back to maximizing your time in Iron Bear! Stainless Steel Bear increases Iron Bear’s armor, maximum fuel, and increases its total damage output. With five points, damage jumps by 20%, armor by 30% and fuel by 20%.

This skill tree gets the least amount of love, but there are still a couple of skills worth pursuing. The category focuses on shielding and defense, and there are a few particularly useful skills to grab right away. 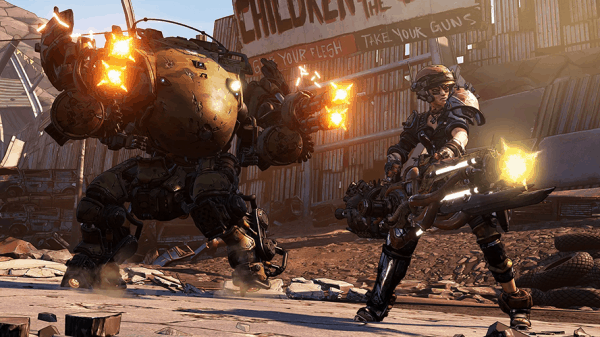 Security Bear activates a bubble shield for Iron Bear. It’s as strong as 60% of the mech’s armor, but can be overloaded if you take too much damage. This shield will help you stay in Iron Bear longer, and is a great complementary skill to Deadlines.

Armored Infantry enhances Moze rather than Iron Bear. While her shields are up, Moze gains damage resistance and a boost to gun damage (13% and 15% respectively, with five points allocated).

This is a great companion skill to Armored Infantry. Vladof Ingenuity increases Moze’s maximum shield capacity, increases her shield’s recharge rate, and gives a bonus to shock resistance. We chose this skill to ensure that Moze’s shield stays up as long as possible. No one wants to die when they’re in the middle of an infinite ammo bender!

Assigning your skill points as indicated above will give you nearly unlimited ammo to assault your enemies. It also extends the time you spend in Iron Bear as much as possible, and grants you a shield boost to boot. With this setup, we love wading into the thick of things and laying waste to everything around us.

But allocating your skill points is only half the battle. You’ll need class mods, artifacts, shields, and of course plenty of guns. All of your items will enhance the native skills unlocked through this allocation of skill points.

And since this is Moze we’re talking about, you also need to keep in mind all of the weapons at your disposal that are equippable on Iron Bear. Mount your favorite toys to Iron Bear’s hardpoints, load your favorite gun, and lay waste to the wasteland, Borderlands style!