Formable nations don’t exist at the starting date of the game. However, through a variety of decisions, you can transform one of the early territories into these new realms. These countries come with several cosmetic changes like revised flags, map colors, and (obviously) names, but they also possess special bonuses once formed.

Founding a formable nation is an important decision, as after you’ve committed to creating it, the new country cannot change again into another nation of the same size or smaller. It’s a one-way path of growth, with permanent consequences.

This might be one of the hardest of the formable nations to create, if only because of where you have to start. Phoenicia has humble beginnings as one of several tiny territories that start the game under the control of the Phrygian Empire. You’ll need a lot of luck and patience to combine the relevant nation-states into a full-fledged country, but the results are definitely worth it.

Your capital must be in the region of Assyria to have the ability to form this dynasty, so make sure to choose your starting location wisely. In addition, ensure that your country is in the Aramaic culture group. You’ll need to be in possession of several other adjacent countries before you can form Assyria. Once you’ve met all the requirements, you will unlock the ability to restore this nation from antiquity.

Crete is relatively simple to form with a little bit of effort. You’ll need to make sure to locate your capital within the borders of one of the small nations located on the island of Crete, so go ahead and start your game here. Additionally, you’ll need to conquer or assimilate several of the neighboring nation-states also on the island. The usual requirements around country tier size, civil wars, and whether or not AI controls particular locations apply here.

Bharatvarsha is a Tier 3 formable nation, and one of the largest and most powerful in all of the game. It will take significant commitment to unlock, but the bonuses for forming this massive monarchy are worth it. The easiest way to form Bharatvarsha is by starting your game in Maurya. From there, begin conquering adjacent nations within the Indian subcontinent. It’s without a doubt one of the best formable nations in Imperator Rome.

Another impressive Tier 3 formable nation. Restoring the might of Persia will take effort, but nothing along the lines of Phoenicia or Babylonia. Make sure your starting country is within the Persian culture group. There are several territories that you’ll need to take control of before you can make the official declaration, but eventually, you’ll cross the threshold and be able to form this incredible political power. 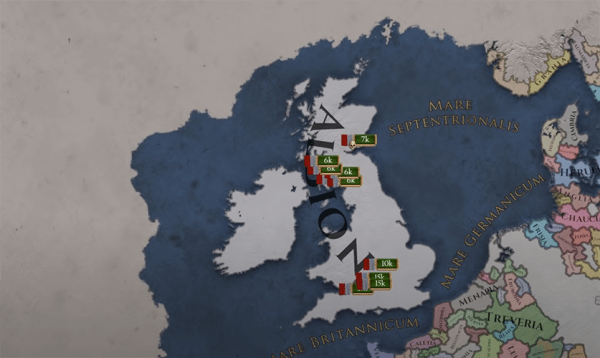 One of the nicest aspects of taking on the challenge of forming Albion is the fact that it all occurs on the British Isles. This gives you a bit of welcome isolation from continental Europe. As a Tier 3 nation, it takes a massive commitment of time to create this powerful country. This is partially because when you start the process, most of Ireland is not colonized. This means you will spend a lot of effort over the years colonizing and integrating the disparate societies of the islands. Once you’ve accomplished this late-game goal however, there are some great bonuses to take advantage of.

Though the region of Europe known today as France never officially organized under the name Gaul, in Imperator Rome, you have the option of forming this Tier 3 nation. Like all of the large nations at this Tier, creating Gaul is no easy task. The region of central Europe you must control is vast, with ownership of over 100 cities mandatory before you can claim dominion in the name of Gaul. This is in addition to the standard rules of formable nations such as having the correct cultural group (in this case gallic), and an absence of war, amongst other conditions. Finally, you must use the mission tree to adopt a monarchy or republic before you can make your declaration of nationhood official.

To start, you need to make sure that your country of origin is a part of the Hellenistic culture group. From there, make sure to maintain a monarchic form of government, and control over twenty territories, including Babylon, Sparta, Memphis, Persepolis, and more. When you’ve completed this immensely challenging task, you will finally be able to restore Alexander’s once-great empire. One of the nicest features of forming the Argead Empire is that unlike most formable nations, you can create this massive realm regardless of the number of other high tier nations already in the area.

This region of southern Italy underwent massive changes when the Magna Graecia content pack launched, and this update brought with it one of the best formable nations in Imperator Rome. It shouldn’t come as a surprise that your capital must be either on Sicily or within southern Italy for you to be able to form this Tier 3 nation. Conquering the territories in the southernmost reaches of the mainland as well as the entire island of Sicily will be necessary before you can make claim to this nation. 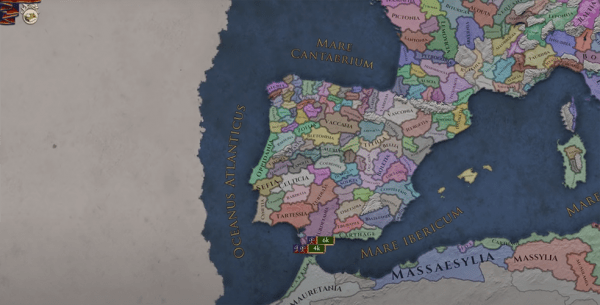 Southwest of Gaul lies the formable nation of Greater Iberia. Occupying the land that will one day become the country of Spain, the Iberian Peninsula is filled with small regional tribes and nation-states that you must conquer before declaring a stake in the region. Over 100 cities must be within your control as well. Once you’ve formed Greater Iberia, you’ll have access to a wide variety of trade routes that will make you a powerful force on continental Europe.

As long as your capital rests in greater Greece, you will have the opportunity to form one of the most powerful Tier 3 nations in the game. The high population in the region, as well as masteries in war, science, and a variety of other high-value skills makes pursuing the Pan-Hellenic League an extremely worthwhile endeavor. Like all Tier 3 countries, it takes a large investment of time to reach the milestones required to declare the formation of the nation, but it is absolutely a worthwhile challenge.

You’ll need to ensure that you start with a country within the Aramaic culture. Alternatively, ensure that your people follow the Chaldean religion. You’ll need to control at least 25 territories in the region, including Samarra, Lars, and Sousa. As usual, make sure you are not currently in any wars. The unlocked bonuses are very useful for late gameplay.

It’s Time to Conquer the World

There are a lot of powerful countries that are formable from smaller tribes and regions, but in our eyes, these are the best formable nations in Imperator Rome. The reasons are as varied as the people you must conquer. Sometimes it’s the challenge, maybe it’s the bonuses, or possibly it’s just because the country’s flag looks cool, but there is something special about each of these formable nations.

For new players, the work and luck it takes to create a few of these countries might seem impossibly daunting. Phoenicia in particular is a real challenge but stick with it! Before long, you’ll find neighboring nations bowing to your military and political might. Like Paradox Interactive’s other great strategy games, Imperator Rome provides some particularly fantastic challenges wrapped in a historical context. So, grab your lance, throw on some fancy sandals, and conquer the world!