Guns. It’s what Borderlands is known for. Well, that and lowbrow humor. But mostly it’s guns. Then Borderlands 2 came out and upped the ante. Gearbox completely overhauled the loot system for the sequel and increased the variety and number of weapons to untold levels.

With so many options, it can be quite a task choosing exactly which guns to bring with you as you head out into the wastes for some bandit killing. It’s a good thing that we put together this list of the best weapons in Borderlands 2. 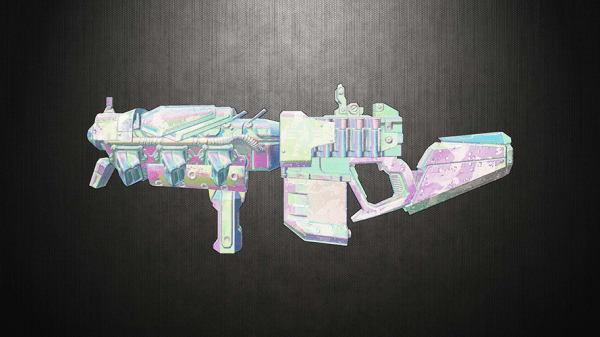 It shouldn’t come as a surprise that several Effervescent weapons made their way onto this list. These ultra-rare guns always come with unique features that aren’t found anywhere else. Unicornsplosion might be the most unique, however.

When you fire the Unicornsplosion it actually shoots out a miniature replica of Handsome Jack’s diamond unicorn Butt Stallion! Even better, once the projectile hits something, it explodes into three more, even smaller replicas!

Equip the Mysterious Amulet and feed Butt Stallion during the Commander Lilith & the Fight for Sanctuary DLC, and the magical horse will drop the Unicornsplosion. A word of warning: You can only do this once! 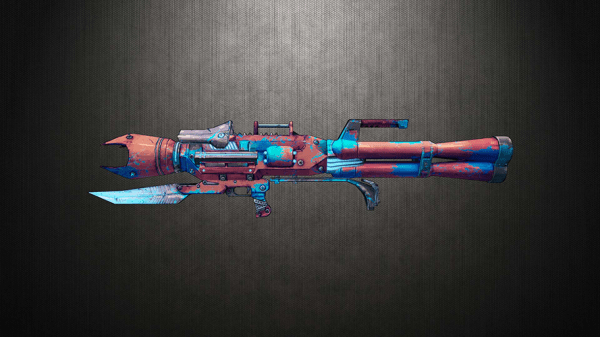 Rocket launchers make things blow up. It’s their one passion in life, and the Badaboom explodes things better than almost any other rocket launcher out there. For the price of one rocket, the Badaboom fires not one, not two, not three…but six deadly rockets!

Combine that with the fact that the Badaboom can spawn in any elemental type, and you have one insanely powerful explosive weapon at your service.

You’re going to have to hunt King Mong if you want a Badaboom for yourself. You can find this unique spawn in the Eridium Blight. If it doesn’t spawn for you on your first attempt, try, try again. Trust us, you want this rocket launcher. 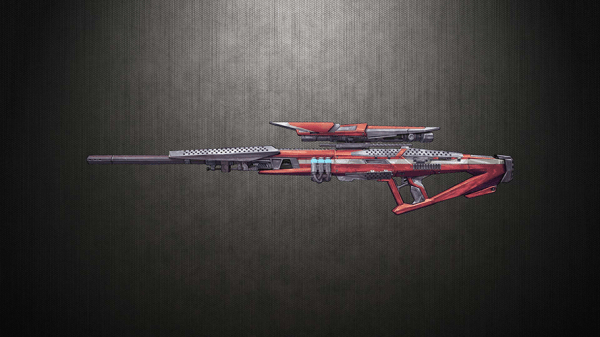 Another sniper rifle worth hunting down. The Invader fires a five-round burst with each pull of the trigger. This is an important point, because while scoped and maintaining fire, the accuracy of the gun goes up. On top of that, the Invader is a highly accurate weapon, with a potential for nearly 100% accuracy.

Taken together, what this means is that by the time the fifth round of the burst is fired, you’re basically guaranteed to hit whatever you point at. With that kind of accuracy, make sure it’s a bandit or an EXP Loader that gets invaded.

Take down the story boss Saturn for a chance to claim this weapon. You can’t miss him as you play through the story, but he’ll also appear in the Raid on Digistruct Peak special mission. He spawns in the Badlands of Arid Nexus. 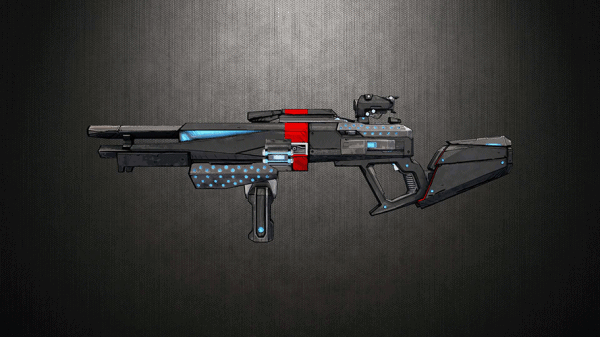 Now this is what we call a shotgun. Every time you shoot the Conference Call, it fires seven projectiles. After a short distance or an impact, each main slug splits into two more that fire off at 90-degree angles from the initial projectile’s velocity.

The Conference Call is the perfect solution to dealing with an ambush of enemies swarming around you. With a little luck, a single fired shot from this Legendary shotgun can take down every enemy in a large group. The red text says, “Let’s just ping everyone all at once.” It’s not kidding. 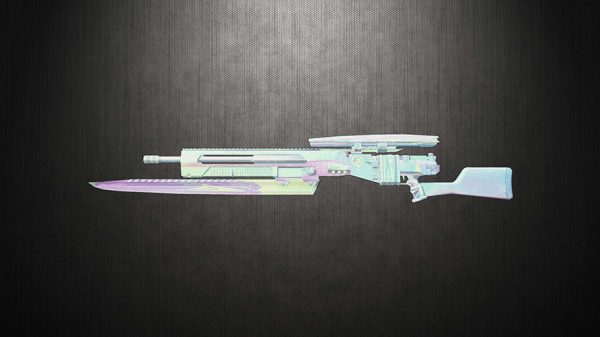 Okay, we admit. This is a silly entrant on this list, but the Hot Mama makes us laugh every time we equip it. That’s not to say that this Effervescent sniper rifle isn’t powerful, because it most certainly is. With its slag/incendiary element combo, it’s almost unfair how much damage it does.

But the main reason we added it to the list is because of the hilariously sexualized comments it makes while you reload, and the trail of hearts that follow behind each fired round. All of the Effervescent guns are truly unique, and Hot Mama is one of the best Borderlands 2 weapon.

Hot Mama is also one of the newest guns in Borderlands 2. Gearbox added it along with the Commander Lilith & the Fight for Sanctuary DLC that launched shortly before Borderlands 3 debuted. To track one down for yourself, you’ll need to take out the unique spawn Lt. Hoffman who is one of the bosses of the side quest BFFFs.

The Commander Lilith DLC is only available on the PC, Xbox One, and PS4 versions of Borderlands 2. Remember that if you decide to farm the Hot Mama. 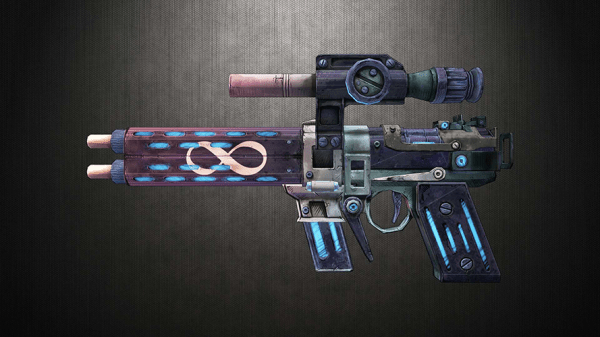 The name of this particular pistol says it all. Infinity doesn’t consume ammo. Full stop.

Once you snag one of these rapid-fire repeaters for yourself, you’ll see how amazing it is to never have to reload or worry about running out of ammo. Though the Infinity has slightly lower stats than other pistols found across Pandora, we find that we always keep one handy.

In a particularly nasty shootout, the potential to run out of ammo is high. That’s when you swamp over to the Infinity for cleanup, or until you can find ammo for your lesser guns.

Did we mention that it can drop with an incendiary, shock, or corrosive element?

You can obtain Infinity relatively early in the game. The unique enemy, and Dr. Zed’s arch rival, Doc Mercy carries one as he patrols his base in Three Horns Valley. You’ll encounter him in the mission Medical Mystery, or if you take on the special quest Raid on Digistruct Peak. 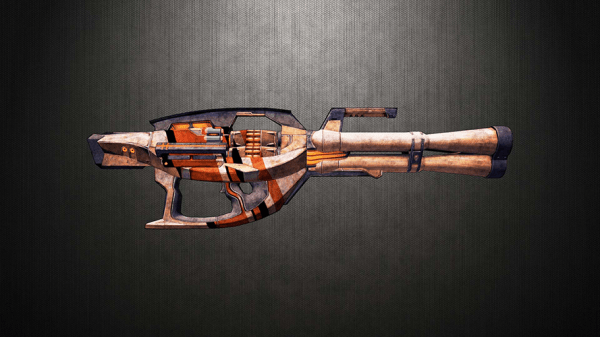 This rocket launcher has a well-earned name. Rockets continually unleash bursts of fire as they fly through the air. It’s almost as if each projectile has its own nova blast projector.

Pyrophobia always drops with a fire element and has an over 30% chance to ignite enemies. If you ever wanted to barbeque an entire herd of cattle at the same time, you’d bring this weapon with you.

On top of the features that give it its name, Pyrophobia also has an incredibly high base damage that only makes this rocket launcher more versatile.

There are three unique enemies that drop Pyrophobia. Incinerator Clayton is the boss of the mission Cult Following: The Enkindling, and is probably the lease challenging encounter you face.

You have to complete a series of tasks during T.K. Baha’s Bloody Harvest before you’ll get a chance to face off against Clark the Combusted Cryptkeeper.

If you really want to challenge yourself, you can always take on the raid boss Hyperius the Invincible. You find this ultra-powerful enemy in the Captain Scarlett and Her Pirate’s Booty DLC pack. 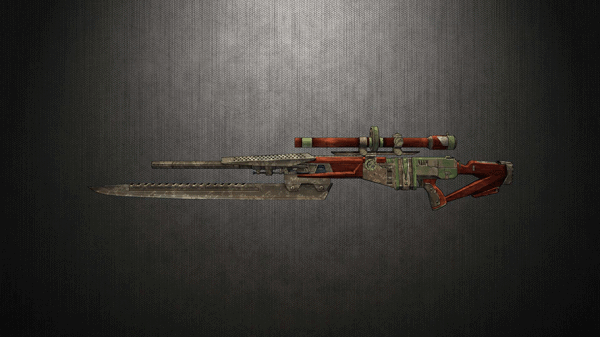 Jakobs sure does know how to make a gun. The Amigo Sincero, like all Jakobs rifles, doesn’t have any elemental versions, but with a base damage as outrageously high as this gun has, who needs it? That’s not even the best part about this sniper rifle. The Amigo Sincero doesn’t seem to care about shields.

Any enemy equipped with one will find no salvation when facing this weapon. That’s because the Amigo Sincero ignores shields! Each round penetrates right through and does straight physical damage. As an added bonus, it always comes with a powerful scope and a melee attachment.

The Amigo Sincero is a reward for completing the side quest BFFFs which is a part of the Commander Lilith & the Fight for Sanctuary DLC. 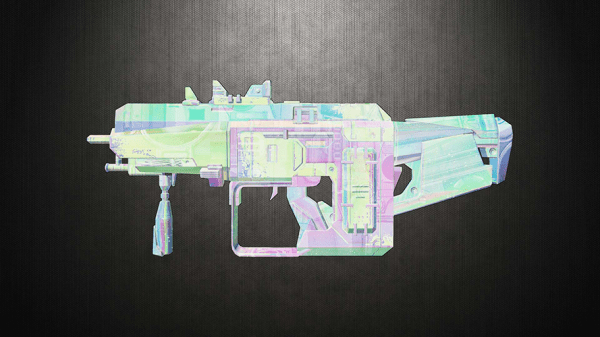 Infection Cleaner is an interesting SMG. Because it’s a Tediore weapon, to reload it, you throw it out into the battlefield and a new one digistructs into your hand. The more ammo left in this Effervescent SMG when you throw it, the longer it will bounce around firing bullets. Once it expends all of its ammo, it will blow up like a grenade.

Even more valuable, as long as you have an Infection Cleaner in your hands, you’ll regenerate SMG ammo. If you never want to hear Marcus’s voice again, you won’t have to as long as you keep this equipped.

Infection Cleaner has a high base damage for an SMG and always spawns with an incendiary element. It may be the best SMG in the game.

Both New Pandora Soldiers and Infected Enemies drop Infection Cleaner. However, you’ll need to have the Commander Lilith & the Fight for Sanctuary DLC installed before you can encounter these world-spawning enemies. 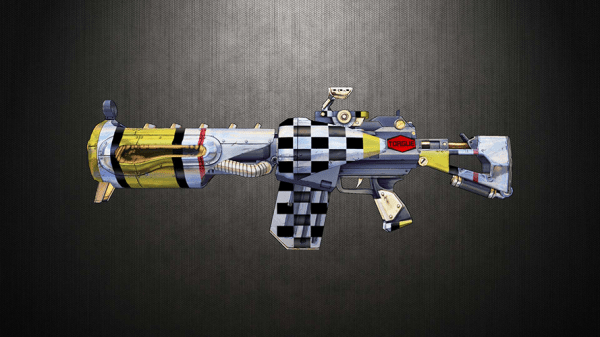 Like all Torgue weapons, the KerBlaster is an elegantly simple gun. You fire it, and things explode. Technically, it’s listed as an assault rifle, so it uses that type of ammo. But when you see it in action, it looks more like a rapid-fire rocket launcher that also happens to throw grenades.

That’s right, when a bullet hits a surface or an enemy, it explodes and releases a grenade. One of our favorite hobbies when using this powerful assault rifle is to walk into a large group of bad guys, empty an entire clip in their direction, and watch them all die at the same time. It never ceases to get a laugh.

Mr. Torgue is kind enough to occasionally sell the KerBlaster from his vending machines that you’ll find all over the Mr. Torgue’s Campaign of Carnage DLC.

You’ll also find them by killing Midge-Mong on the Southern Shelf as a part of the Symbiosis side quest. 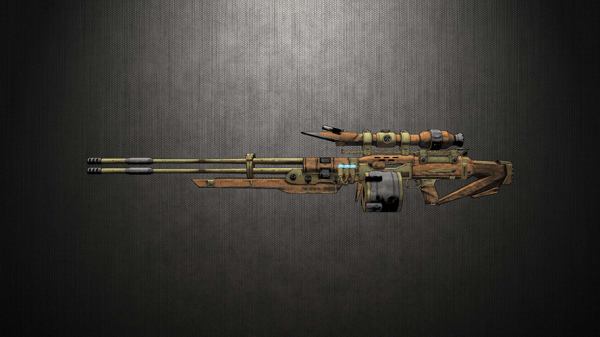 Each round fired by this incredible sniper rifle splits into three smaller projectiles mid-flight. Not that you want to fight close-range with a sniper rifle, but remember to keep some distance before you fire to ensure that the split happens.

Each of the smaller projectiles takes a 25% damage reduction from the main round, but with a base damage as high as what Lyuda comes with, they still pack a wallop.

Couple the amazing damage potential with the 125% critical hit boost the gun gets, and entire groups of enemies will be dead before they know what hit ‘em.

Track down the unique enemy Gettle during the side quest The Good, the Bad, and the Mordecai located in The Dust.

There are millions (yes, for real) of guns in Borderlands 2. It’s possible that your personal favorite didn’t make the list. For our money, however, we can’t imagine fighting on Pandora without any of these loyal lead sluggers at our side.

Next time you boot up this classic first-person shooter, try hunting down a few of these amazing weapons and give them a try. We think you’ll find that these are some of the best weapons in Borderlands 2. If you need a little extra guidance, don’t forget to check out our article on how to choose the best Borderlands 2 class! 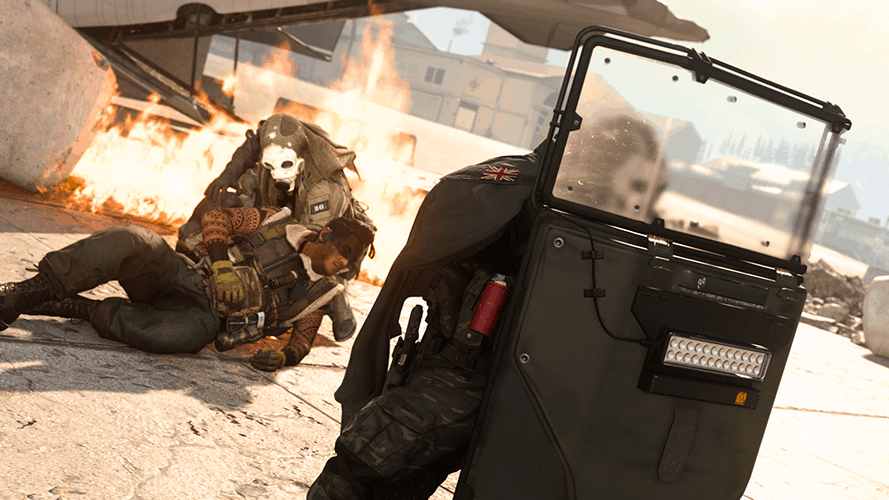 If you’ve played Call of Duty: Warzone at all since launch, you’ve probably hit a point where the game starts lagging out. It’s not...