Sometimes, playing Warframe feels like you’re getting away with something. After all, a game this fun and frantic shouldn’t be free. The fact that you can get so much out of this awesome game without spending a thing just adds to the pleasure of gameplay.

Furthermore, this is a game that really grows with you. After you tear through the campaign, you’re going to want to get more out of the game. And that means finding better amps.

However, getting better amps is often easier said than done. Many players don’t understand what amps even do, much less how to find the best Warframe amp for their particular needs. But this is where we come in, with a simple guide to help you get the most out of every single session of Warframe.

Ready to find the best amp in Warframe? Ready to unlock an aspect of this game that adds an entirely new layer of replayability and fun?

For veteran Warframe players, the search for the best amps and best amp builds is a major part of the game. If you’re just starting out, though, you may have a more fundamental question about what these amps actually are.

Amps are used by your Tenno Operator in order to change what your Void Beam can do. This ranges from simple changes in damage to more exotic changes to its overall properties.

And these amps also increase your versatility on the battlefield. Because amps let your Void Beam have a separate energy gauge, you no longer have to worry about the beam sapping energy from your main pool.

Long story short? With various amps, you’ll be able to really unleash your beam without worrying that you’re taking energy needed for other abilities. This opens up options on the battlefield while also opening up a world of choices for game customization.

Are There Any Drawbacks To Amps?

As we’ve said, amps are a major part of the Warframe gaming experience. They enhance your damage output, your energy efficiency, and transform your simple scraps into unforgettable battles. With all that being said, you may wonder if there are any drawbacks to the amps.

The only “drawback,” such as it is, is that it takes a lot of time and effort to get the amps you need. If you’re not the kind of player who enjoys carefully farming out materials to create new equipment, then you’ll probably see this quest for the best amps as a big pain in the ass.

And as we’ll detail below, the best amps don’t work in a vacuum. Instead, you must find different amp builds that play off each other’s strengths and give you more power as a player. The final result is worth it, but tricking out entire amp builds does increase how much time you’re going to be grinding your way to better stats.

The only other drawback is that individual amps aren’t very customizable. You can add an Arcane to change things up, but that’s about it.

Then again, you might look at that as more of a blessing than a drawback. After you spend the time gathering materials for all the amps you want to try, an easy amp customization process will probably feel like a very pleasant change of pace.

Why You Need Better Amps 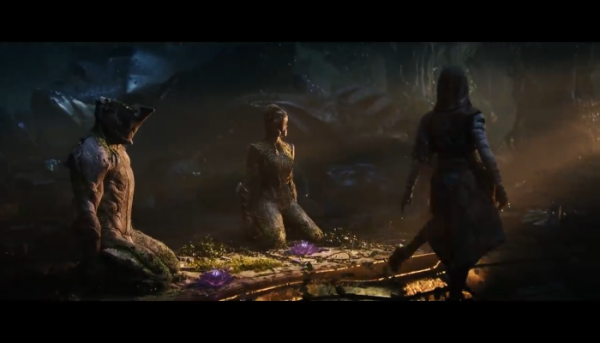 We’ve put together a serious guide to finding the best amp in Warframe. However, it’s important to address why you would ever need better amps in the first place.

If you’re simply sticking with the campaign, then the Mote Amp is going to meet all of your needs. For the simple challenges of the campaign, you don’t really need to increase your amp damage. Instead, you’ll just be using the Mote Amp to reset your damage adaptation as you play.

Eventually, though, you’re going to want to hunt Eidolons in the game. Your Mote Amp doesn’t deal nearly enough damage to take them on.

However, simply getting a new amp part is not enough. To take on Eidolons or just improve your damage output, you’ll need to master the art of the amp build by combining multiple parts.

The Importance of Amp Builds 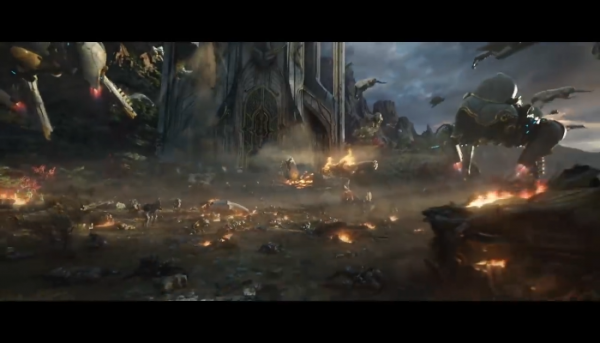 If you’re already familiar with amp builds, you can skip this section. But if this is your first rodeo with upgrading your amp, you’re going to need to learn how builds work.

Each amp component has seven different tiers, and you can get vastly different effects by combining different parts together in different ways. While it’s fun exploring different combinations, it can take a lot of time to find and buy the various parts.

With our guide below, though, you can focus on the best amp build in Warframe for different tasks!

The Best Amp Build For Taking Out Eidolons

As we said before, your initial motivation to get a new amp is probably to take out some Eidolons. While different amp builds can get this job done, one particular build really stands out from the rest.

You can combine literally any Prism with the Tier 2 Shraksun Scaffold and the Tier 7 Certus Brace. The reason that the Prism doesn’t really matter in this build is because you’ll be relying on the Scaffold to do most of your damage.

The Shraksun Scaffold comes with a Punch Through ability that is great for Eidolon hunting. It lets you pack a lot of damage into each shot, making it a really great choice for precision players.

What does the Certus Brace do for you? Simple: it increases your chances of getting a Critical Chance by a whopping 20%. Combined with the high damage output of the Scaffold, this combo will help you really do some massive damage to each Eidolon you encounter.

The Mote Amp is fine for basic campaign purposes. Our build above is perfect for hunting down Eidolons. But what if you want a build to simply improve your performance in general combat?

The Tier 2 Shwaak Prism is a great choice for dealing out different status effects to opponents on top of raw damage via the Punch Through Ability. This pairs well with your old friend the Certus Brace in order to boost your Critical Chance, which is a good choice for almost any goal in Warframe.

If you’ve already optimized for fighting Eidolons, we’ve got some good news. The same Tier 2 Shraksun Scaffold and the Tier 7 Certus Brace works just as well for general combat as it does for fighting Eidolons. That means you don’t necessarily have to chase down a bunch of new gear to get the best of both worlds.

For general combat, the one thing you need to add to either of these builds is the Virtuous Fury Arcane. It increases regularly damage as your Prism or Scaffold cranks out the status effects, making you a player to be reckoned with.

Amp builds that work best one year may not be the next the following year due to various content additions and game tweaks. So, while our builds here are great for the here and now, you may eventually need to change up your amp build to get the most out of your game.

Don’t worry, though. As the meta changes, SideGamer will be here to let you know the best Warframe amp and amp build so you can go back to kicking ass!

Finding Your Own Style

As a gamer, you probably know that just about every “best of” list is bound to start a fight. That’s because some players don’t care about high stats and instead flock towards amp builds that suit their own gameplay style.

Just because our guide has given you the best builds for different scenarios doesn’t mean you should stop experimenting with different builds on your own. You might discover something that other players haven’t really tried or, at least, something that will change how you get your game on.

Don’t forget to sound off in the comments about your favorite Warframe amps and amp builds!

Now you know what the best amp build in Warframe is. But do you know where you can find more guides to getting the most out of your games?

Here at SideGamer, we live and breathe games so we can bring you the best in guides, lists, and much more. Whether you want to be the best online player or the king of casual gaming, we’ve got you covered.

To stay on top of the best gaming news you can use, check back with us each week!