What is the best Amara build in Borderlands 3? It’s a question with many answers. Though players can allocate points however they want, some skills play better together than others.

In our guide, we’ve put together a flexible loadout of skill points for Amara that focuses on elemental damage and self-healing. It allows you to play around with whatever type of gun, class mod, or artifact you want without reducing the effectiveness of the core point allocations.

A quick note: the build utilizes every possible skill point in the game, meaning that for full effectiveness, you’ll need to be at level 57. If you’re allocating points in real-time instead of as a respec, focus on Brawl, Fist of the Elements, and then Mystical Assault in that order. And of course, as Gearbox continues to raise the level cap, the points you can allocate and the strength of your character will only increase!

Before jumping in, we want to give a quick shoutout to bl3skills.com for its amazing open-source skill point allocator. Okay, on to the skills!

Brawl is where we gain all of Amara’s health and regen boosts. By the time you’ve allocated all of the points here, you should never have to worry about running out of HP again! 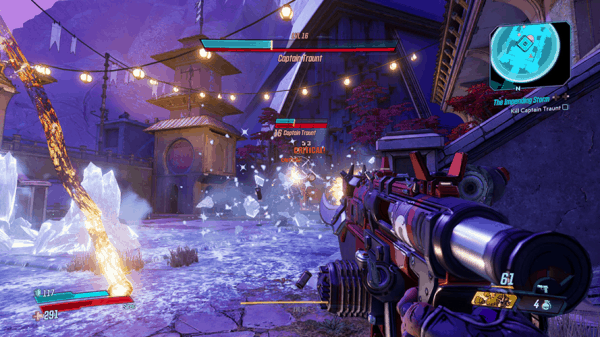 This one is pretty basic. With each point allocated, you get a boost to Amara’s maximum HP. At 5 allocated points, it equals a 40% boost.

One of the most important skills to max out. Clarity grants Amara passive health regen. The lower your health, the faster the regen.

An added benefit is that after using your Action Skill, you gain a short additional regen boost. This ties in nicely with the Restless skill which we talk about below.

Another health regen skill. Samsara is a stackable ability that increases Amara’s health regen and gun damage every time she hurts an enemy with her Action Skill. You can have as many as five stacks of Samsara active at a time, and with all five points allocated, you receive a 5.1% boost.

Like Clarity, this plays nicely with the Restless skill. The faster you can activate your Action Skill, the faster your health regenerates. It’s as simple as that.

We only put two points into Mindfulness out of a possible three. Mindfulness is a stackable skill that reduces Amara’s shield regeneration delay and increases her movement speed.

The primary reason we only allocate two is to ensure that we have enough points to maximize the Sustainment skill in the fist of the Elements category. More on that below.

As if the 40% increase to maximum health from Root to Rise wasn’t enough, maxing out One with Nature gives you another 25% boost on top of that!

In addition, with all five points allocated, this skill grants a 40% resistance to the elemental type of your Action Skill.

We only put points into two of the skills within the Mystical Assault category, but they are both extremely valuable for assisting with health regeneration and elemental damage. Additionally, by maxing out these two skills, you have access to three of the five Action Skill modifiers from Mystical Assault. 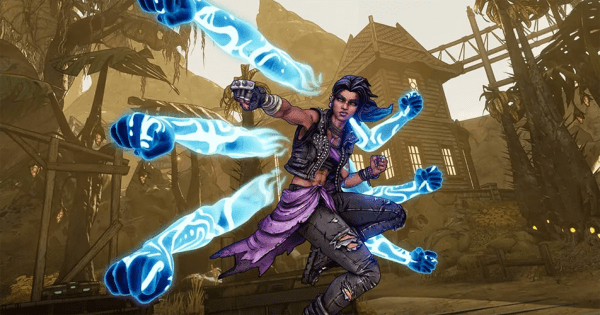 We decided to go with Violent Tapestry because it nearly creates a feedback loop of elemental damage awesomeness. With this particular skill, applying a status effect to an enemy grants you a stack of Rush, which is consumed when you use your Action Skill. For each stack consumed, you get a boost to your status effect chance!

You’ll increase your status effect chances by 30% after allocating all five points!

Fist of the Elements

This is where all of Amara’s elemental damage boosting comes from, and is the second category you should dedicate points to. 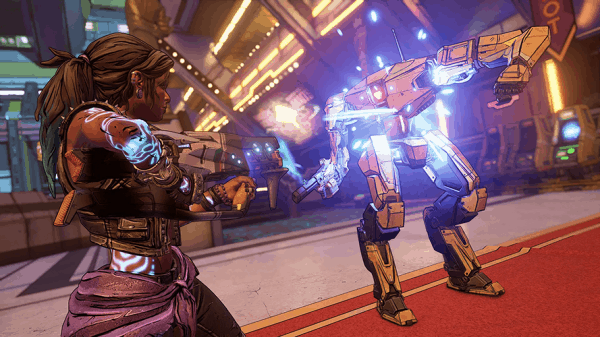 We put five points into Anima because of how much it increases the status effect damage of Amara’s weapons and her Action Skill. With five points put into this ability, it also increases the effect duration of an elemental attack by 100%.

Another skill we decided not to max out in favor of getting as many points into Sustainment as possible. Infusion converts a portion of the damage Amara does with weapons into the element of your Action Skill. Even with only two points allocated, the current damage conversion is 16%!

Tempest increases elemental damage by 30% fully allocated, and even better, shock damage is increased by 40%. This skill alone is one of the most important factors for increasing Amara’s elemental damage output.

Like we said, this build of Amara focuses on status effect damage, and Wildfire definitely delivers on that concept. With all five points allocated to this skill, you have a 40% chance of the elemental damage dealt to one enemy spreading to another. Two for the price of one!

The Wildfire skill is great, but are you of the same mind as Mr. Torgue and wish there were more explosions involved? Then make sure you max out Catharsis.

This skill turns an enemy into a walking elemental bomb. When you kill an enemy suffering from a status effect, it explodes! The explosion does damage based on Amara’s attuned element, and whatever other type the enemy was afflicted with when it died.

Sustainment is the pièce de résistance of this entire build. It’s the reason we only allocated two points into Mindfulness and Infusion.

It grants Amara life steal whenever she deals elemental damage with her weapon. With all of our skill points going to health regen and elemental damage, Sustainment is the rug that ties the whole room together.

After assigning all five skill points to Sustainment, Amara receives 20% of the damage dealt in regenerated health. Given that some of the end game weapons do upwards of 500,000 points of damage per hit…. Let’s just say if you find yourself dying after maxing Sustainment out, maybe you should start firing back at the bad guys.

This article only details one of thousands of ways you can allocate your skill points for Amara. We focused on self-healing and elemental damage, with an eye toward flexibility, because Borderlands 3 is a living game. As Gearbox continues to balance weapons, class mods, artifacts, and everything else, we wanted to provide players with a build that is likely to resist nerfs to anointments and other changes.

With this particular loadout, different shields and class mods will be particularly effective at enhancing the elemental chance and healing properties Amara’s native skills provide. Once you spend all of your points, check out our Best Legendary Shields of Borderlands 3 to find the perfect shield to enhance Amara.

Now get out there and show the bandits of Pandora what an immortal god looks like!