Have you been burned before by websites claiming to have undetected game hacks and cheats? Then you are in the right place.

Well, does that mean you cannot use hacks and cheats anymore? Not yet.

I have fun using hacks and I wasn’t ready to give up or lose hope just yet. So I went about looking for more sites but this time made purchases only after thorough checks.

These checks included ensuring the site had good customer support, an active forum, regular updates on the working of the hacks, tweaks/updates to hacks, good online reviews, and so on.

Sites like RivalCheats and Aimclub.io were good but one site that set the bar was Battlelog.co which checked pretty much the criteria I had for choosing as the best site for game hacks and cheats.

Here’s more in detail about Battlelog.co before you make any purchase.

In short, I HIGHLY recommend buying cheats from Battlelog.co! They are AWESOME. 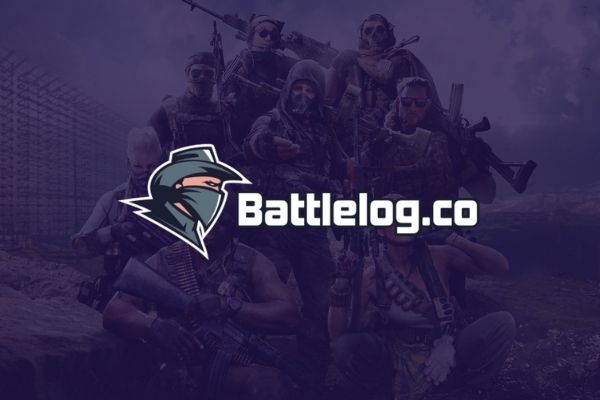 The one thing that was most annoying about other cheat providers was their long ardent process to connect with support staff.

Not only did they have long forms asking for CPU, GPU details, etc, some sites only had a ticket system where replies could take hours (if you are lucky) or days.

In stark contrast, Battlelog.co had 24*7 customer support. And to connect with them I didn’t even need to create an account making the process seamless (a couple of clicks and you’d be connected in minutes).

Yes, it took minutes. I entered my name and email and was 3rd in the queue. Sounds like quite a bit of waiting, right?

Well, I was connected in less than 2 minutes. I asked the person where I can find Warzone hacks and almost instantly was sent a link to the page. They also informed me about the steps to take to prevent any problems during installation.

But once can be a fluke, right?

So I contacted them again with a different problem and this time I was connected in less than a minute.

You also get access to their forum where you can connect with other gamers and discuss issues, game plans, etc.

There’s also a handy FAQ page for instant answers to some of the more commonly asked questions like how do I purchase? Why was my card declined and so on?

In short, Battlelog won’t ever leave you feeling abandoned when you need them.

Let’s get one thing clear, no hack is 100% undetectable but Battlelog gives you your best chance of going undetected and saving your account from being banned.

But why should you trust it?

I had my doubts as well at first but unlike many of the other sites, Battlelog has developers that work around the clock not just developing new hacks but also keeping tabs on all the current hacks.

All hacks are released to the public only after stringent testing. And in case any hack gets detected, it is quickly flagged on the website to ensure your account remains protected.

Furthermore, the hacks are updated regularly and old hacks immediately removed (and no you won’t lose a penny).

I have been using their hacks for about a month and so far not faced any issues. I’ll let you know how quick their flagging system is if I face an issue.

You want the best bang for your buck, right? Battlelog gives you just that. Cheats and hacks are risky and that risk coupled with steep pricing can be a turn-off.

With Battlelog, even the most expensive of hacks was around $50. In fact, you could get a hack for $1. Not just Warzone, the hacks are equally cheap for other games as well.

And in case a hack is detected, you are provided with either a replacement or a refund (no questions asked).

Hacks for Everyone and Anyone

Whether you like Overwatch, Fortnite, PUBG, or Warzone, Battlelog.co covers pretty much every game you can find.

This makes it your one-stop solution for gaming hacks. This eliminates the risk you would be taking if you had to purchase hacks for each game from different websites.

Also, the hacks aren’t limited to just Aimbot, Wallhacks, or ESPs. I also found the Radar hack for Warzone on Battlelog, a hack I couldn’t find on other sites like Aimclub.io, and RivalsCheats

And in case you do not have any of these cards, you can even pay with Bitcoins.

Furthermore, to ensure user convenience they even have payment modes based on countries. For example, if you were buying a hack from India and do not have PayPal, you can use PayTM or UPI.

Similarly, someone from France can use NeoSurf.

Once the payment is made, you are redirected to the page where you can download the hack. Along with the hack, there are detailed instructions that you need to follow for safe installation and to remain undetected.

These include details like removing antivirus and so on. You also get access to the special loader so you can switch between hacks quickly when needed.

In case you have any problem with the installation, there’s always quick customer care that you can turn to.

Battlelog.co is one of the very few sites to openly show their customer ratings and reviews. On their site, you can see user reviews on the game hack pages.

And yes, some of them could be fake but 1000+ fake reviews, definitely not, in turn,  making them one of the most transparent sites I have come across.

After losing money at other sites, they’re always a no for me. But I found a couple of other good sites during my research like AimClub.io and RivalCheats.

AimClub is worth the mention because they go the extra mile to ensure your account’s safety. They have a slot system where only a limited number of people can use a particular hack. Yes, that places restrictions but also adds a layer of protection (something not other sites have done).

So why do I still prefer Battlelog?

That’s because of their customer care.

At Aimclub.io I had to wait about 5-8 minutes before I got connected to a representative. The good thing about their chat though was that they allow you to attach files and even send emojis.

But do you really want to be waiting that long when you can connect with someone in less than a minute?

Furthermore, the replies were slower as well.

This was the case with RivalCheats too. Connecting to the person took about 10 minutes and there was a gap of about 2-3 minutes between each reply. This meant the conversation that should have taken 5 mins (or less) now took about 15 mins.

But apart from that, I had no other complaints from these sites. And if you aren’t happy about something on Battlelog.co then AimClub.io is hands down my second recommendation, especially because of the extra care they take.

Also, waiting 10 minutes is better than waiting a day for your problem to be solved as it is with the ticket system that some sites use for support.

Battlelog.co stands out for me when it comes to game hacks and cheats because of 3 main reasons.

Their hacks are safer i.e. less likely to get detected considering the stringent checking process. Plus, they constantly monitor all hacks and inform you in time so your account isn’t banned.

Secondly, their quick and responsive customer support. With almost no waiting, whether it is a refund you seek or help with installation, your problems are solved in a jiffy.

And lastly, they are cost-effective. Everybody loves cheap things and Battlelog.co is the cheapest of them all.

Keep in mind, no hacks are 100% undetectable. I use hacks less which could be another reason I have had no troubles. But if you use hacks more often I would suggest you be discreet so chances of you being reported are lower.

Also, use a temporary account so even if it gets banned you lose none of the progress you have made on your main account.

And if you have any more questions about game hacks or Battlelog.co, hit me up using the contact page. You can also leave a comment below.

Till then, happy gaming.